China Pledges to Slash Coal Use

Coal has long been king in China, the world leader in greenhouse gas emissions and use of energy. Just last year, for example, Chinese officials approved the construction of 15 new large coal mines that would fuel its briskly multiplying coal-fired power plants and would surpass India in total coal production by next year, according to Reuters.

That’s why it’s such a big deal that China announced late Wednesday that it’s planning to limit how much coal it uses, a move that follows its climate pact with the U.S. in which both countries agreed to cap their greenhouse gas emissions, slash energy consumption and bolster their use of renewables. 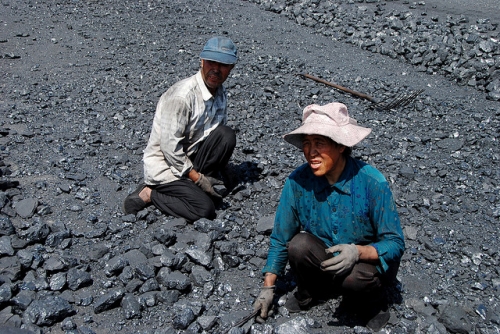 Extremely rapid industrialization in China led to a 45 percent increase in its overall energy consumption between 2008 and 2013, most of it fueled with coal, according to Bloomberg.

The Associated Press said China now plans to cap its use of coal to 4.2 billion metric tons each year by 2020 — a 16 percent increase over 2013 levels of coal use, or roughly 3.6 billion tons.

The goal is for coal to provide 62 percent of China’s electricity by 2020, down from about 66 percent today, helping the country reach a CO2 emissions peak by 2030, the New York Times reports.

China plans to use more renewables and nuclear power to reduce its need for coal, aiming to produce 20 percent of its energy from zero-emission sources by 2030, the Shanghai Daily said.

Nuclear power capacity in China is expected to quadruple to 58 gigawatts by 2020, with an additional 30 gigawatts under construction.

All of this is good news for the climate, but questions remain whether it’s enough for China to achieve its greenhouse gas emissions reductions goals.

The answer is maybe not.

The capital city of Beijing would need to almost completely eliminate coal consumption by 2030, and many of China’s east coast cities would have to slash coal use by 85 percent in order to meet CO2 reductions goals, researcher Su Ming of China’s Energy Research Institute told Reuters.

As the U.S. struggles to reduce its own greenhouse gas emissions, the world will be closely watching both countries to see which one can prove to be the best model for slashing CO2 the fastest.