China on Monday reported that its coal consumption dropped 3.7 percent between 2014 and 2015 as the country grapples with a struggling economy and urban air pollution, and begins work on meeting its climate commitments.

The fall in coal use last year follows a 2.9 percent drop in 2014. In response to its declining consumption, government officials also announced Monday that the country plans to lay off about 1.8 million coal and steel workers as thousands of coal mines shutter across the country. 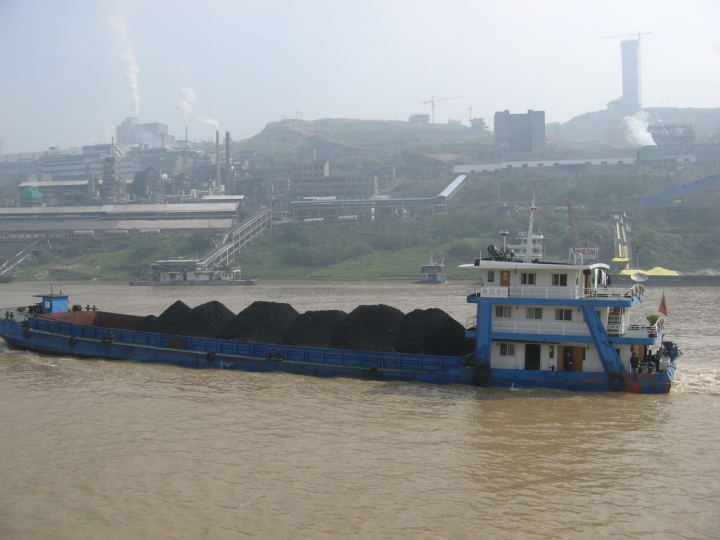 A barge carrying coal down the Yangtze River in China.
Credit: Rose Davies/flickr

The data released by China’s National Bureau of Statistics also show that electricity produced from renewable energy sources across China is spiking — with wind power up 33.5 percent between 2014 and 2015, and solar power production up about 74 percent in that time.

Burning coal is the globe’s leading source of greenhouse gas emissions and China is the world’s largest burner of coal, consuming more than three times that of the U.S. Coal use in the U.S. increased about 4 percent between 2012 and 2013, the most recent year for which U.S. data are available.

China’s cutbacks in coal use are critical to the success of the Paris climate agreement struck last December. The country pledged to peak its greenhouse gas emissions by 2030 and, in that time, reduce the carbon intensity of its economy by up to 65 percent below 2005 levels.

China is also trying to clean up some of its notoriously polluted air, and reducing its reliance on coal-fired power plants is one way it is trying to accomplish that.

The data show that as China’s overall coal use declined last year, the country’s coal imports fell nearly 30 percent. Coal accounts for 64 percent of the country’s total energy use. 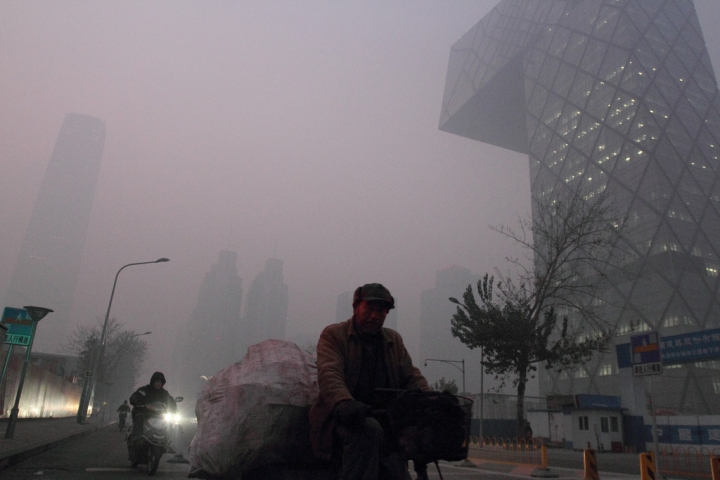 Poor air quality from coal-fired power plants in Beijing and other cities in China has prompted Chinese authorities to cut coal use nationwide.
Credit: Steven Zhang/flickr

“The country is looking to invest more in wind and solar and efficiency, so they’re shutting down some of their dirtier coal plants, and in their new-builds of coal, they’re trying to do them in a manner that’s more environmentally sensitive,” said Tom Sanzillo, director of finance for the Institute for Energy Economics and Financial Analysis.

China’s changing economy is the biggest factor in its declining coal use, Sanzillo said.

“You have economic changes going on in the country where in order to get economic growth, they need less energy,” Sanzillo said. “That’s because they’re doing less industrial production and more production for consumer goods.”