The announcement, made jointly with U.S. President Barack Obama, comes as both countries  prepare to strike a global carbon emissions agreement at the Paris climate negotiations in December. The U.S. and China are the top greenhouse gas emitting nations in the world. 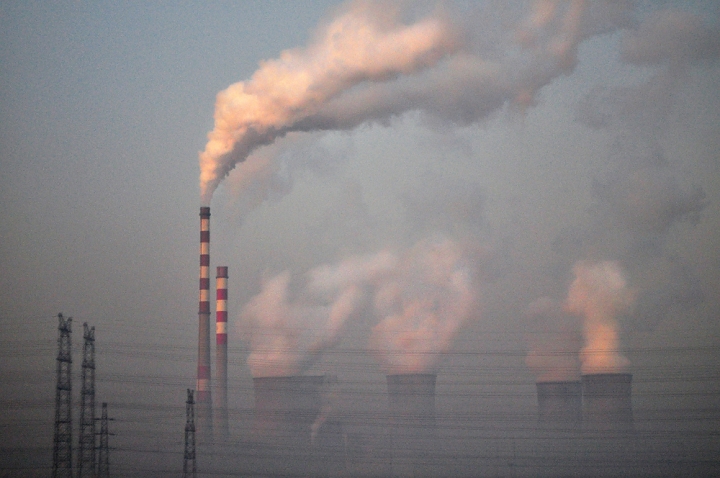 Carbon pollution from factories and other industries in China is the target of the country's cap-and-trade program announced Friday.
Credit: Andy Enero/flickr

China plans to launch the world’s largest emissions trading program in 2017, creating a carbon market for electric power generation, steel, cement and other industries producing most of the country’s greenhouse gas emissions. The program is meant to complement the Obama administration’s Clean Power Plan, which was finalized in August and aims to slash carbon emissions from electric power plants by 32 percent below 2005 levels by 2030.

“I issued our Clean Power Plan to reduce America’s carbon emissions,” Obama said at a news conference at the White House. “China will a begin market-based cap-and-trade system to limit emissions from some of its largest sectors.”

He said that the two nations are putting forth “our ambitious vision” on climate change so that both the U.S. and China can lead the way for other nations to come to a climate agreement in Paris in December.

Xi also announced a “green dispatch approach” for its electric power supply as a strategy to meet the country’s goal of producing 20 percent of its electricity from renewables by 2030.

That approach will reduce the need for high-carbon power, such as coal, and encourage the use of more solar and wind power, according to the statement. Finally, China announced that it will use $3.1 billion to help developing countries combat climate change.

“Today, China — one of the largest providers of public financing for infrastructure worldwide — agreed to work towards strictly controlling public investment flowing into projects with high pollution and carbon emissions both domestically and internationally,” the statement said.

In June, China submitted its pledge to the United Nations to peak its greenhouse gas emissions by 2030, a goal laid out in a bilateral agreement in 2014. The pledge also said China plans to reduce its emissions intensity by up to 65 percent, doubling its current wind and nearly quadrupling its solar power generating capacity by 2020. 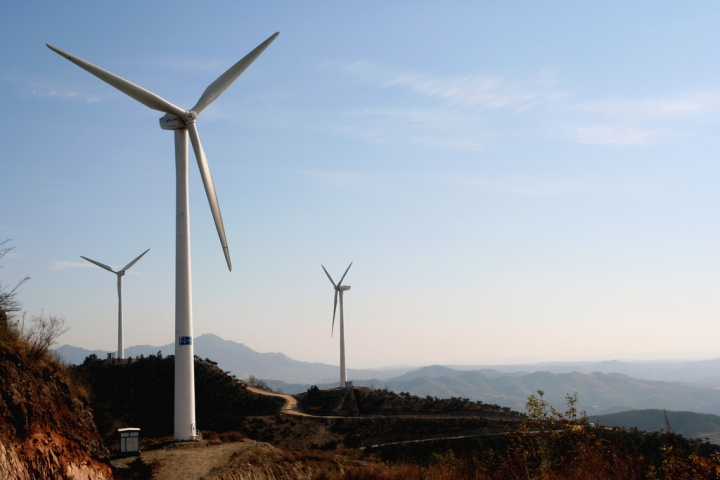 Andrew Steer, president of the World Resources Institute, a global natural resources think tank, said in a statement that Friday’s announcement lays a cornerstone for a global climate agreement in Paris in December.

“These two countries have found common ground on the three most critical elements of a strong agreement in Paris: A long-term goal for the transition to a low-carbon economy this century, creation of a process that builds greater ambition over time, and a transparent system that will instill confidence that countries will follow through on their commitments,” Steer said.

“The reported move by China to enact a cap-and-trade program for carbon emissions will not begin to solve our climate crisis,” Food and Water Watch Executive Director Wenonah Hauter said in a statement. “Through a system of ‘credits’ and dubious and unverifiable offsets, cap-and-trade programs essentially create a commodity out of pollution, allowing for financial corporations to profit from polluting industries.”

You May Also Like:
The Pope Wants Climate to Be a Human Rights Issue
Summer Sea Ice Likely to Drop to 4th Lowest on Record
In Week of Cyclone Records, Kilo Could Break More