Cheap Gas May Not Mean More Driving This Winter

When gasoline costs $1.97 in New Jersey or $1.68 in Colorado, it may seem like it would be hard to avoid succumbing to the allure of a holiday road trip that may not have been as big of a consideration when prices were higher.

Whether low prices at the pump, thanks in part to tumbling crude oil prices, lure you onto the freeway this winter, they may not translate to more people driving or more gasoline consumption nationwide, according to a new U.S. Energy Information Administration report. 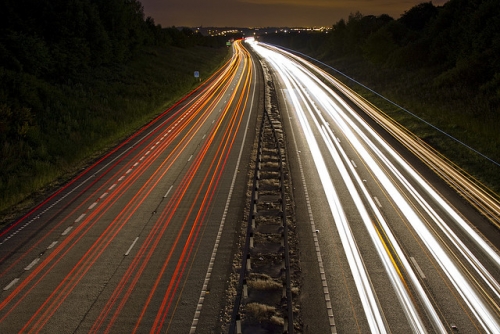 Lower gasoline prices may not mean people will drive more this year, even though it'll be cheaper to take a road trip. Credit:InvisilbeKid2007/flickr

The transportation sector — in other words, planes, trains, automobiles and big rigs  — is the second-largest source of climate change-fueling greenhouse gas emissions in the U.S., accounting for about 28 percent of all GHG emissions nationwide. Only electric power plants emit more greenhouse gases.

The EIA is forecasting that annual U.S. gasoline consumption will remain almost completely flat between 2014 and 2015, despite that the average gasoline price for the year is expected to drop about 23 percent in that time.

The agency considerers gasoline “inelastic,” which means demand doesn’t change much when prices fluctuate, at least over the short term and even when prices are high. It takes between a 25 percent and 50 percent decrease in gasoline prices to raise auto travel by 1 percent, according to the EIA.

The average price of gasoline in the U.S. fell more than 28 percent between June and December.

Cheap gas isn’t leading to more consumption for several reasons, according to the report: People are generally driving less as baby boomers raised in cars are now retiring, populations are migrating from the suburbs back into cities where cars are needed less often, and teens are delaying getting drivers’ licenses, meaning they’re driving less, too.

And, for those who do travel more because of lower gasoline prices, better vehicle fuel economy can help balance the greater number of miles driven.

Some economists see gasoline consumption growing despite these factors.

James D. Hamilton, professor of economics at the University of California-San Diego, said that lifestyle changes affecting gasoline use that came about as a result of the recession are likely permanent. Those include young people moving to cities and fewer people in the workforce, he said. 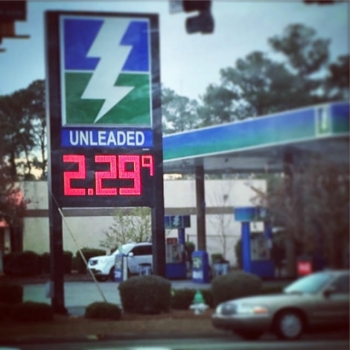 Gas prices have been dropping throughout the country since June. Credit: Casey Florig/flickr

“With fewer people working, that means less driving,” Hamilton said. “I think (gasoline) consumption will pick up in the U.S., but I don’t think it will recover to the kinds of trends you would have expected pre-recession.”

However, the EIA’s findings were bolstered by a Bloomberg New Energy Finance analysis released Monday, focusing on falling oil prices and clean energy.

Though the U.S. economy has grown nearly 9 percent since 2007, demand for gasoline and other finished petroleum products has dropped by 10.5 percent, according to the analysis.

A shift to clean energy may actually be driving down oil prices today, Bloomberg New Energy Finance advisory board chairman Michael Liebreich said in the analysis.

Crude oil demand can’t continue to grow when people are driving highly efficient vehicles and are concerned about climate change and air pollution, it says.

All of this means one thing this winter: Anyone considering a road trip over the holidays may burn less gas because of better fuel economy, but gasoline prices may not have been much of a factor in taking the trip in the first place.

Sometimes the allure of road tripping to the ski slopes has more sway than the worry about pain at the pump.

You May Also Like:
November in Books; 2014 On Pace for Hottest Year
2014 Set for Record Hot; Record Cold Thing of the Past
Hot News: 2014 On Track to Become Warmest Year
2014 Extreme Weather: Looking for Climate Ties
2014 Will Go Down As Hottest In California’s History
6 Degrees: 2014 Records, Snowvember, CO2 and More
Australia’s 2014 Heat Wave Picks Up Where 2013 Left Off