Following more than two centuries of fossil-fueled industrialization, during which the atmosphere has been used as a free dump for climate-changing pollution, an incipient era of carbon-pollution pricing is paying dividends to the climate.

More than 80 percent of the $4.8 billion raised by the European Union’s emissions trading system (ETS) in 2013 was spent supporting growth of clean energy and other climate-friendly initiatives. The leading cap-and-trade programs in the U.S. are spending similar proportions of their revenues on climate-friendly programs. 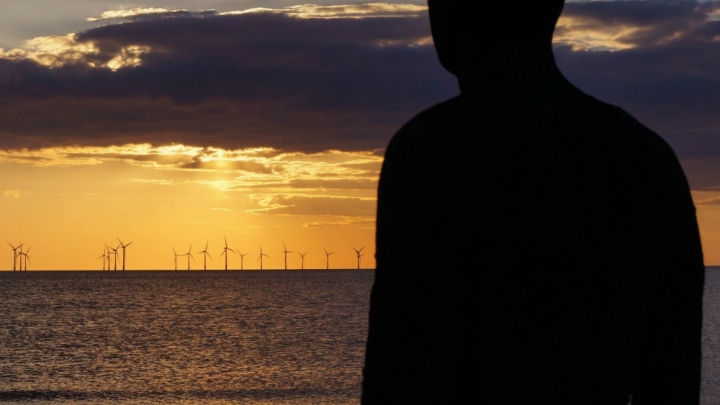 In Europe, 2013 was the first year in which power plant operators, domestic airlines and other greenhouse gas polluters were required to pay for more than two-fifths of the pollution allowances they need under the world’s biggest and oldest cap-and-trade program — up from less than 5 percent the year before. The rest were provided free while the program, started in 2005, matured.

“We saw a huge amount of money being invested in climate change programs,” Emil Dimantchev, a Thomson Reuters Point Carbon analyst, said. “In this economic environment, it would have been tempting to use EU ETS money to plug national budget holes.”

On Tuesday, European parliamentarians will consider reducing the amount of pollution allowed under the cap-and-trade program in the coming years, by postponing sales of carbon allowances until later years. That could help to bolster a carbon price that plummeted after the economy tanked in 2008, bringing demand for energy down with it, and increasing overall revenue. Leading political parties appear split over the proposed reforms, with some worrying they will make European businesses less competitive than their international counterparts.

“We currently think that a compromise will be struck,” Dimantchev said. “A collapse of the negotiations is possible, too.”

Both cap-and-trade programs operating in the U.S. are investing similarly large chunks of their revenues on projects that can help slow climate change. The news comes as carbon pricing becomes mainstream, with China, Brazil, Ontario, South Korea and Mexico among the growing list of countries and states considering or already planning to roll out programs of their own. The U.S. Congress remains averse to cap-and-trade, but the state of Washington is considering introducing one. 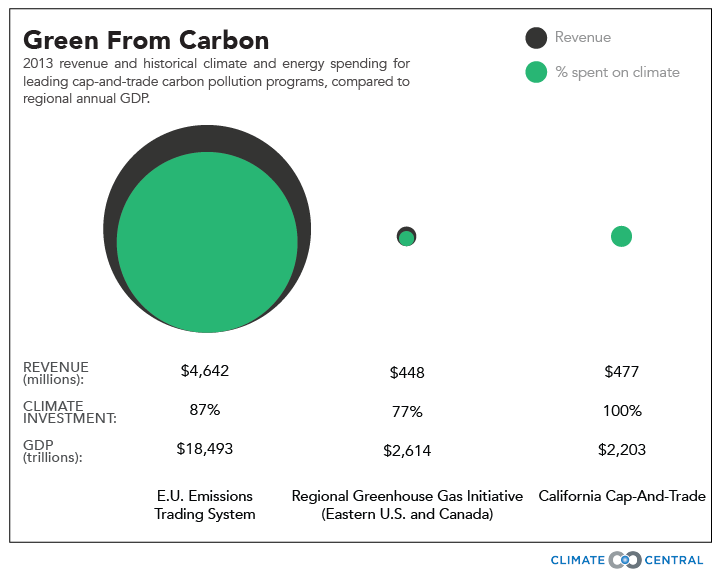 “Emissions trading is spreading worldwide,” said Constanze Haug, a project manager at the International Carbon Action Partnership, which is a knowledge-sharing intergovernmental group that aims to help create a global carbon market. “We have almost half of the global GDP covered by jurisdictions that have emissions trading systems in place. And they’re very different jurisdictions — from cities to regional organizations like the E.U. to sub-nationals like California and Quebec.”

The E.U. recommends only that its states spend at least half of their cap-and-trade auction revenues on climate programs. Yet the two biggest earners, Germany and the U.K., reported spending all of their proceeds on climate initiatives at home and abroad in 2013, according to an E.U. progress report published late last year.

Overall, the E.U. member states received $4.7 billion in cap-and-trade revenues in 2013, based on that year’s exchange rates, and reported to the E.U. that they had invested, or planned to invest, $4 billion of that on climate and clean energy programs. Belgium and Cyprus didn’t report how they spent their revenues.

“Countries know that the use of ETS revenues on climate purposes makes the system more credible in the eyes of the public,” Dimantchev said. “And, since the financial crisis, public budgets for spending on climate have been tightened, so countries saw the ETS as a way to meet their prior commitments for climate spending.” 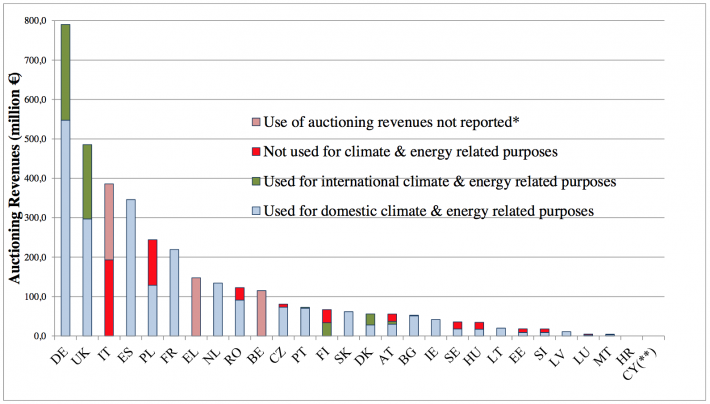 (Billions of dollars in new yearly fees for fossil fuel burning is obviously a lot of money, but consider that governments around the world provide an estimated $500 billion in energy subsidies every year, mostly supporting fossil fuel companies.)

Spending cap-and-trade revenues on environmental and climate initiatives is “definitely the dominant strategy of late,” Michael Wara, a Stanford Law School associate professor who specializes in energy and the environment, said.

This approach is often popular with environmental groups. But it’s not the only option for using newfound revenue streams — and classic economic thinking doesn’t necessarily regard it as ideal.

Using cap-and-trade revenues to fund education, as is proposed in Washington state, or using a carbon tax to replace other taxes, as British Columbia is doing, for example, could help build broader public support for new and expanded carbon pricing programs. Another idea would be to give the cash to residents to spend as they see fit.

“A better option, from an economic perspective, would be to simply cut checks for all citizens,” Wara said. “This happens to some degree in California via our utility bills — but my guess is that unless you’re a climate policy wonk, you aren't looking through your bill to find the credit on page 4.”

Supporting similar initiatives is the Regional Greenhouse Gas Initiative, a joint project of nine northeastern and Mid-Atlantic states plus regions of Canada, which is the oldest cap-and-trade program operating in the U.S. So far, about three-quarters of its investments have funded clean energy and energy efficiency projects.

California’s cap-and-trade program is required by state law to reinvest its net proceeds — those that aren’t used to lower electricity bills — into programs that protect the environment and stabilize the climate. This year, that includes setting aside hundreds of millions of dollars for a high-speed rail project, helping poor residents insulate their homes, restoring wetlands and buying equipment that turns climate-changing methane produced by cows into energy. The program is expanding this year from power plants and other industrial facilities to cover gasoline and other fuels.

“The specific investment of funds creates a boost for markets for certain low-carbon technologies, and starts to get at some of the important sources of greenhouse gas pollution that might not get directly addressed under the cap,” Walker said.