Ridding the global economy of its carbon is the only way to stabilize the climate, something the leaders of the G7 nations recognized Monday when they called for all countries to cease emitting climate-changing greenhouse gases over the next 85 years.

But there’s a sense among some climate scientists that such a goal may be too little too late, even though it serves as a necessary first step toward a commitment among nations to slash global carbon emissions. A new pact is expected to be finalized at the Paris climate summit taking place in December. 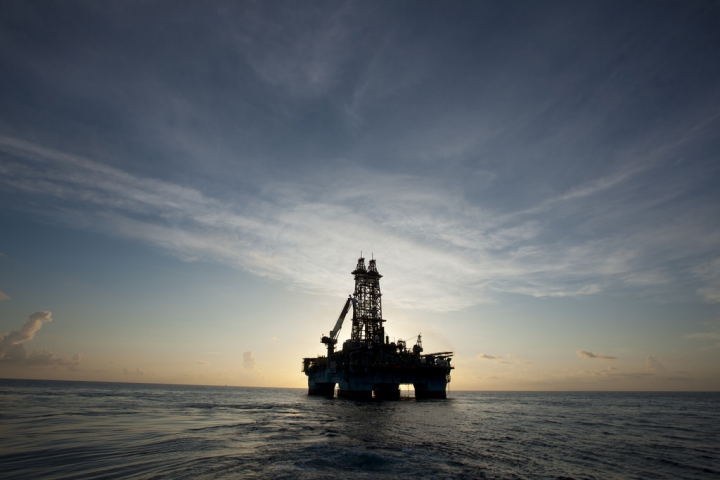 An offshore oil rig drilling a well for Exxon in the Gulf of Mexico.
Credit: Maersk Drilling/flickr

“Decarbonization by the end of the century may well be too late because the magnitude of climate change long before then will exceed the bounds of many ecosystems and farms, and likely will be very disruptive,” Kevin Trenberth, senior scientist at the National Center for Atmospheric Research in Boulder, Colo., said.

The goal is a step in the right direction, but not very meaningful considering greenhouse gas emissions need to be reduced dramatically within the next decade, well ahead of the G7’s timeline, Michael Mann, director of the Earth System Science Center at Penn State University, said.

“In my view, the science makes clear that 2050 or 2100 is way too far down the road,” he said. “We will need near-term limits if we are going to avoid dangerous warming of the planet.”

The leaders of the G7 nations met at an economic summit over the weekend and declared on Monday that in order to keep global warming to the world’s main climate goal of 2°C (3.6°F), the global economy must end its reliance on fossil fuels by the end of the century, with emissions from most of them disappearing within 35 years.

Without mapping out exactly how emissions can be cut so dramatically, the nations said they support the Intergovernmental Panel on Climate Change’s (IPCC) recommendation that global greenhouse gas emissions be slashed to 40 to 70 percent below 2010 levels by mid-century, and the Paris climate talks, known as COP21, should set binding rules to track countries’ progress toward that goal.

To make any of that happen, carbon has to be slashed aggressively while also removing carbon dioxide from the atmosphere, but the G7’s time frame is insufficient to meet the 2°C goal, Scott Barrett, professor of natural resource economics at Columbia University, said.

“More importantly, the G7's goals apply to the world, and the G7 cannot set policy for the world,” he said. “Even if the G7 phased out fossil fuels unilaterally, the effect would be to lower global prices of these fuels, causing other countries to increase their consumption and emissions. There is no alternative to a global approach to this global problem.”

Other scientists and analysts are more upbeat about the meaning of the G7 goals, suggesting that they’re an important step in encouraging developing countries to sign on to a binding climate agreement.

“This is the largest and most significant agreement we have seen to date at the global scale,” Katharine Hayhoe, a Texas Tech University atmospheric and political scientist and lead author of the Third National Climate Assessment, said. “While these cuts, even if applied to all developed nations, would still not be enough to limit global warming to 2°C, they would go a long way towards reducing the risk of the ‘dangerous anthropogenic interference’ described (by the UN). As such, this represents an encouraging and tangible step forward.”

“I think what you see here is a straightforward statement that staying below 2 degrees requires decarbonization of the global economy,” he said. “I take this as a strong indication of G7 countries of their commitment to achieving these goals in the context of a global response.”

Steven J. Davis, a professor of earth system science at the University of California-Irvine and founder of the energy decarbonization nonprofit Near Zero, said the G7’s leadership is laudable and the U.S.’s involvement in the agreement suggests ambitious climate efforts on the part of the federal government. 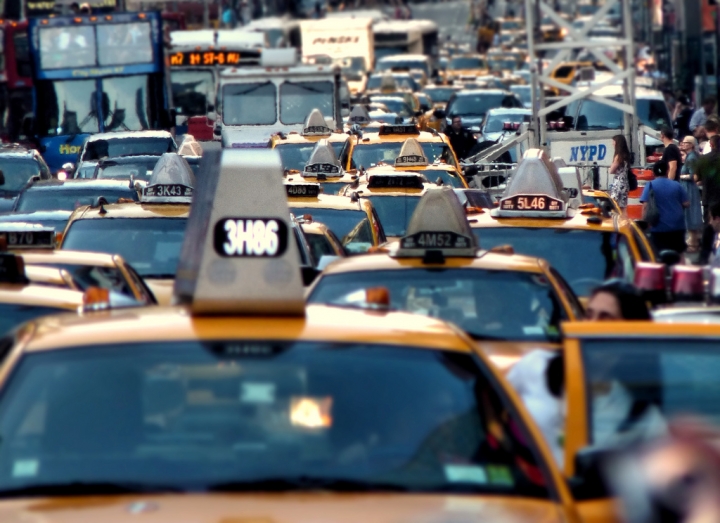 Decarbonization will mean eliminating carbon emissions from the transportation sector, including from gasoline vehicles.
Credit: b k/flickr

“A zero emissions goal is powerful because it is perfectly clear,” he said. “There are no baselines or percentages to hide behind, and science tells us that zero emissions globally are what will be required to ultimately stop global warming. The target of zero also gives clear guidance to businesses, communities and individuals about where we are headed.”

Steven Cohen, executive director of the Earth Institute at Columbia University, said meaningful action on climate change will occur in labs developing renewable energy technologies and not at international negotiation tables, including in Paris.

“COP21 and all of its predecessors have set the agenda and raised awareness. That is valuable, but till not solve the problem or slow climate change,” he said. “I think the transition to a renewable resource-based economy will need to take place sooner than 2100, but it is useful to articulate a vision of a fossil fuel-free economy.”

The companies supplying fuel may be getting that message — one of the reasons European oil companies sent a letter to the United Nations in May asking for a price on carbon. U.S.-based oil and gas companies were not among them.

“I think it places a bit more pressure on the global energy business sector to become part of the solution,” Mann said. “There are already signals from fossil fuel companies, even from some voices within ExxonMobil, that indicate a recognition that we will need to transition away from our reliance on fossil fuels.”

Hayhoe, when asked what the G7 goal means for fossil fuels, was more succinct:

“Their days are numbered,” she said.

You May Also Like:
Past 12 Months Tied for Warmest on Record
Kansas Takes Air Out of Wind Power Mandate
Rainy May Sets Record for Soggy U.S.