Carbon Capture Faces Hurdles of Will, Not Technology

If human-caused climate change is to be slowed enough to avert the worst consequences of global warming, carbon dioxide emissions from coal-fired power plants and other pollutants will have to be captured and injected deep into the ground to prevent them from being released into the atmosphere.

Such is the scenario the Intergovernmental Panel on Climate Change paints in its recent report outlining ways climate change can be mitigated as civilizations across the globe continue to burn fossil fuels with little sign they’ll stop anytime soon. 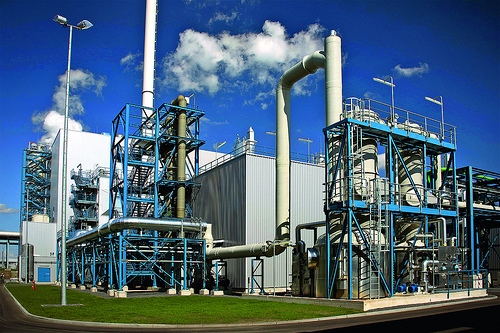 A carbon capture and storage plant in Germany.
Credit: Vattenfall/flickr

But that scenario hinges on a huge question: How realistic and feasible is it for carbon sequestration, also known as carbon capture and storage, or CCS, to be implemented globally in the coming decades and on such a wide scale that it helps to vastly reduce greenhouse gas emissions?

Scientists say that if the will and incentives exist, CCS can be one of the biggest of many solutions to reducing greenhouse gas emissions in the atmosphere.

And there's no mistaking how critical the IPCC thinks carbon capture is to saving mankind from the ravages of climate change.

In order to keep the global average temperature from warming no more than 2°C by the year 2100 relative to the global temperature prior to 1900, the concentration of carbon dioxide must be capped at 450 parts per million. (Global CO2 concentrations hit 400 ppm for the first time last year.) To do that, global greenhouse gas emissions in 2050 must be between 40 and 70 percent lower than they were in in 2010.

That would be a huge feat, and would require vast “decarbonization,” according to the IPCC. That means a major rollout of renewable energy technology that emits no carbon at all, a global emphasis on energy efficiency and, among other things, capturing emissions from the burning of fossil fuels and burying them deep underground or storing them elsewhere — forever. In fact, all fossil fuel power generation without CCS would need to be totally phased out.

The total amount of carbon that would need to be diverted from being emitted into the atmosphere is stunning: Current global atmospheric CO2 emissions total roughly 30 gigatons, or 30 billion metric tons per year. That's about the equivalent of 1 billion barrels of compressed CO2 per day, or more than 10 times the amount of oil transported around the globe on a daily basis, Ruben Juanes, associate professor in energy studies at the Massachusetts Institute of Technology and an expert in CCS, said.

“Of course, we don't expect to take our current emissions to zero, or that one single technology will do it, but this does give a sense for the scale of the problem,” he said.

A viable technology to deal with such a large amount of CO2 should need to divert 1 gigaton of CO2 per year from the atmosphere, and there's only one technology capable of doing that — CCS, he said.

“If one wants to dismiss CCS because of the scale at which it should be implemented, the same (or worse) can be said about all other mitigtation technologies,” Juanes said. “It is a curse of the scale of the problem.”

The IPCC report says the technology needed to implement carbon capture and storage operations exists today, but outside of fossil fuel extraction and refining, CCS has never been applied on a wide scale, or at any major electric power plant burning fossil fuels.

Carbon sequestration works basically like this: CO2 is captured from a coal-fired power plant, compressed, and then injected into an air-tight rock formation thousands of feet underground, isolated from the atmosphere forever. Five of these kinds of carbon storage operations exist today worldwide. 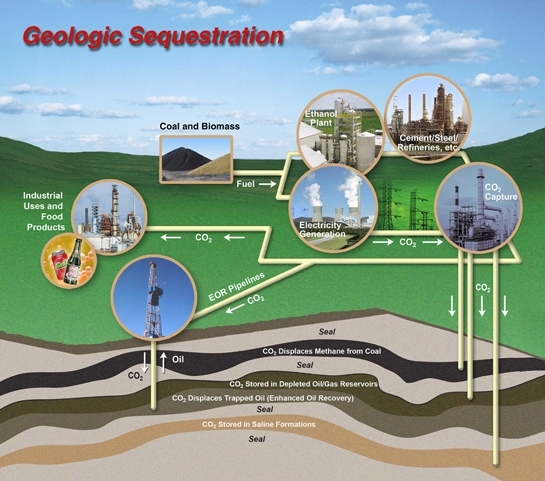 On a small scale, CCS technology is part of proposed U.S. Environmental Protection Agency standards for emissions at new coal-fired power plants in the U.S., but those standards are not yet finalized and are expected to be challenged in court. A coal-fired power plant in Mississippi is expected to begin operations later this year with the ability to capture and store its carbon emissions.

Though the technology exists, there are still many questions about whether carbon dioxide can be stored underground permanently and safely. Carbon sequestration projects are suspected to have caused earthquakes in some places, and there is concern about whether the underground storage sites could leak CO2 into the atmosphere, or be somehow breached with catastrophic consequences.

Scientists have divergent views on how and when carbon sequestration projects can do the job the IPCC suggests may be necessary for them to do in order to keep climate change in check.

“Capture technology is probably sufficient to provide CO2 for an increased number of large-scale pilot projects, but is many years from providing gigatons of CO2, and thus having a significant impact on mitigating emissions,” Peter Kelemen, earth and environmental sciences professor at Columbia University’s Lamont-Doherty Earth Observatory in Palisades, N.Y., said.

Carbon sequestration technology is primed for expansion, and pilot projects have shown that the technology works, but funding and permitting for the projects move slowly, he said.

“In the absence of carbon tax or caps — except for EPA limits on power plant emissions that, practically speaking, have no impact except to discourage construction of any new coal-fired power plants in the U.S. — there is no way that large-scale CCS will be commercially viable in the U.S.; at the same time, there is little or no political momentum behind expansion of government funding for expanded CCS,” Kelemen said.

Carbon capture should be seen as a “bridge” technology, Juanes said.

“A bridge between our current energy systems and some future, yet-to-be-determined, low-carbon energy system,” he said. “So the question becomes, how long is that bridge?” The conclusion Juanes came to by analyzing models of geologic formations in the U.S. is that CCS could contribute effectively to mitigating CO2 emissions in the U.S. for the next 100 years or more.

Worldwide, there are ample underground rock formations in which carbon dioxide emissions could be stored, Juanes said.

The lack of progress on developing CCS projects so far has more to do with politics than technology, said integrated modeling and energy engineer Jim Dooley of Pacific Northwest National Laboratory. Dooley is CCS research lead for the Joint Global Change Research Institute and the Global Energy Technology Strategy Project, and a lead author of the IPCC’s special report on carbon capture and storage. 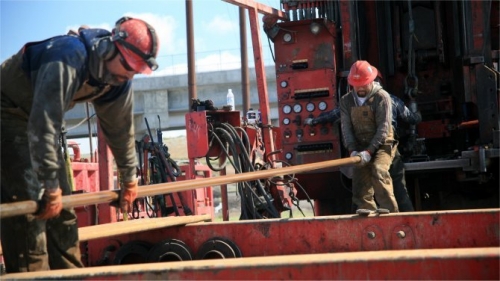 “I think the answer is less about the underlying technology than it is a statement about mankind’s inability to decide if we’re really going to address climate change in a significant fashion,” Dooley said. “CCS can really only be used at a large scale for one thing, and that’s really to reduce atmospheric concentrations of CO2. If we don’t have agreement on that, there’s really no economic driver to deploy it.

“I can’t give you a technological answer of when I expect to see large-scale commercial deployment,” he said. “Fundamentally, what we need is the policy driver that would make it economic. No matter how advanced capture technologies are going to be, it’s always going to be cheaper to vent the CO2 into the atmosphere rather than compressing it.”

Very few advancements need to be made in CCS technology to prove it is safe, so long as carbon sequestration projects are built someplace offshore or in very remote onshore locations where they pose a much lower safety and terrorism risk than near populated areas, Kelemen said.

“There will be some leaks, probably even some that release Mt (megatons) of CO2 in minutes to days, and these will have legal and financial ramifications, but they probably will not present a serious safety hazard from my point of view, particularly when compared, for example, with the existing safety record of the fossil fuel industry — that is, not perfect, but de facto acceptable to most of society,” he said.

Until society considers carbon storage a necessity, any risk it poses will be viewed as an unacceptable risk, he said.

Leakage and earthquakes resulting from storing carbon dioxide underground are concerns that need to be addressed with more research, proper site selection for CCS projects and adequate field monitoring of those sites, Juanes said.

Until those questions are answered, addressing climate change should begin by reducing consumption and increasing energy efficiency, he said.

Making carbon capture happen is really about will, Dooley said.

“How fast the interstate highway system grew and how fast natural gas pipelines grew in this country — you know we put men on the moon,” he said. “I think that if we decided this is what we wanted to do, and this being address climate change, not necessarily CCS, I think it can be ramped up quickly.”