Canada has switched on the first large-scale coal-fired power plant fitted with a technology that proponents say enables the burning of fossil fuels without tipping the world into a climate catastrophe. 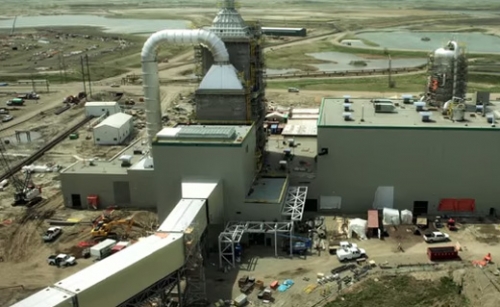 Boundary Dam CCS power plant in Canada is out to prove coal burning can be good for climate change.
Credit: SaskPowerCCS

The project, the first commercial-scale plant equipped with carbon capture and storage technology, was held up by the coal industry as a real life example that it is possible to go on burning the dirtiest of fossil fuels while avoiding dangerous global warming.

Saskatchewan’s state-owned electricity provider is due to cut the ribbon on the $1.3 billion Canadian project on Thursday. But officials from SaskPower International Inc. told guests invited to the ceremony the 110 megawatt plant went live on Tuesday night.

The Boundary Dam power plant promises to cut carbon dioxide emissions by 90 percent by trapping C02 underground before the gas reaches the atmosphere – making its opening a milestone in the coal industry’s efforts to remain viable in a low-carbon economy.

The company said the project would reduce greenhouse gas emissions by about 1 million tons a year, or the equivalent of taking 250,000 cars off the road, in one of the more fossil fuel-dependent regions of Canada.

Captured CO2 from the Boundary Dam project will be pumped underground and sold to the Cenovus oil company for use in priming nearby oil fields, or buried in geological formations.

“Saskatchewan is number one in the world,” said Brad Page, the chief executive of the Global CCS Institute, said. “This is an incredibly important event from our perspective.”

Scientists from the United Nations climate panel said last year that without broad deployment of CCS technology most of the world’s fossil fuel will have to stay in the ground to avoid dangerous climate change.

Page was cautious however in predicting CCS technology deployed at Boundary Dam would soon be replicated on a large-scale.

He noted the Saskatchewan plant relies on a local source of coal – and on selling on the CO2 to the oil industry – to keep it in the black. Coal also faces intense competition from historically low prices for natural gas, which makes it prohibitively expensive to build new coal plants with CCS.

Even so, the opening of Boundary Dam represents a rare success story for the CCS industry.

The technology has not been fully embraced by the big U.S. coal companies – which are still focused on opposing incoming power plant rules from the Environmental Protection Agency.

CCS is also viewed with deep suspicion by environmental campaigners because its economic viability - so far - depends on using the CO2 to increase oil production, and because it is more expensive than renewable sources of energy.

The technology of carbon capture and storage has been around for years. “This is not a moonshot,” Ian Yeates, the SaskPower executive in charge of CCS, told the Guardian earlier this year. 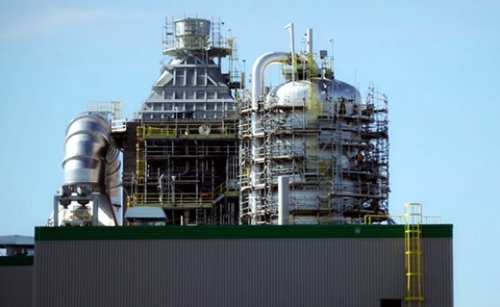 Captured CO2 from the Boundary Dam project will be pumped underground and sold to the Cenovus oil company for use in priming nearby oil fields, or buried in geological formations.
Credit: SaskPowerCCS

But projects combining power generation and CCS have faced long delays and cost overruns, and run into criticism for receiving government subsidies. A number have been scuttled altogether because of competition from historically low prices for natural gas.

In Mississippi, Southern Company has spent more than $5.5 billion over the last six years trying to bring a new-built CCS project, the Kemper County Energy Facility, into operation. The opening is now delayed until mid-2015.

Only one other CCS project involving power generation is currently on the boards in the U.S., in Texas.

Boundary Dam claimed its cost over-runs had nothing to do with the CCS technology, but in other construction issues involved in overhauling a 50-year-old power plant. Officials also said they were confident they could bring in the next such CCS project 25 percent cheaper.

The plant received some $240 million Canadian in subsidies.

But Yeates acknowledged that at this point the viability of the technology depended on having a nearby source of coal and an additional revenue stream from the enhanced oil recovery. “I think at this stage of the game, because the concept is so new, having a revenue stream from the CO2 is critical to help the economics. But I think eventually that will not be required,” he said.

He said the company had seen a lot of interest in the CCS plant from China, India and other places which have large quantities of similar lignite coal.

“There are 7,000 coal-fired turbines on the planet right now and they are not going to be turned off any time soon because people need the energy they produce,” Yeates said. “Is there going to be enough gas to replace all those units? We are going to be burning fossil fuels as a world economy for many decades if not a century or two as energy demands grow…something like carbon capture and sequestration will be of value to deal with that.”

Prof. Stuart Haszeldine, director of Scottish Carbon Capture & Storage, said: “Boundary Dam is working proof for naysayers, including the Intergovernmental Panel on Climate Change, that full-scale CCS on power generation now exists and works commercially to deliver electricity, with no subsidy.” He claimed the plant’s opening would “create ripples worldwide.”