That’s one of the possibilities raised by a study released Wednesday that was conducted by a team of scientists at the Max Planck Institute for Biogeochemistry in Jena, Germany. The researchers have shown that extreme weather events may reduce an ecosystem’s capability to absorb carbon and create a damaging cycle in which extreme weather fuels climate change by preventing forests from absorbing carbon, allowing more of it to remain in the atmosphere. 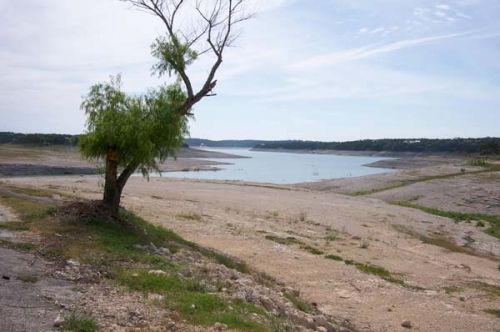 Ecosystems absorb about 11 billion fewer metric tons of carbon dioxide every year because of extreme climate events than they would if the extreme weather didn’t occur, according to the study. Eleven billion tons is about the same as a third of a year’s worth of global carbon emissions.

The most damaging kind of extreme weather is the kind of drought that ravaged the Southwestern U.S. early in the last decade, and the kind that is devastating the Southwest and the southern Great Plains today.

“Any extreme can be as damaging as another if it is strong enough,” said Max Planck Institute Director Markus Reichstein, who is leading the study. “We found, however, that globally, the effect of droughts is largest, because they tend to have the largest spatial extent.”

Droughts put extreme stress on ecosystems, and as trees and other plants die, the ability of the drought-stricken ecosystem to absorb carbon dioxide in the atmosphere is greatly diminished.

During a 2003 heat wave that struck central and southern Europe, scientists documented how the extreme heat affected the carbon cycle — the exchange of carbon dioxide between ecosystems, such as forests, and the atmosphere.

In the past 50 years, plants and soil have absorbed up to 30 percent of the carbon dioxide that humans have emitted, according to the study. The less healthy those plants are, the less carbon they may be able to absorb.

As extreme weather events become more frequent because of climate change, climate researchers believe their impacts on ecosystems could cause a vicious cycle of extreme weather, Reichstein said.

“That is scientifically the most interesting question,” he said. “We cannot answer how strong this vicious cycle is. Increasing carbon dioxide emissions cause a warming climate and, associated with that, increase the intensity of extreme events.” 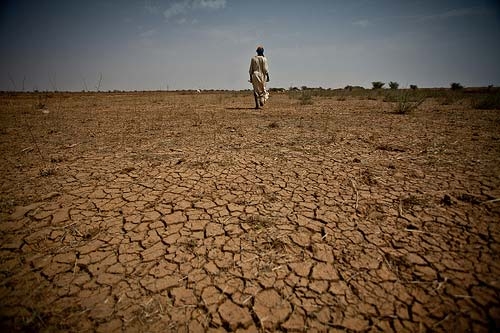 Drought has been an ongoing crisis for many in West Africa.

And those extreme events may damage ecosystems, causing them to absorb less carbon dioxide and allow more of that carbon dioxide to remain in the atmosphere, intensifying the warming of the planet, he said.

More research needs to be done before such a cycle is proven, however.

“This is the logical cycle that can be anticipated,” Reichstein said. “There is no evidence this is happening. We only have evidence for pieces — for individual pieces.”

To gather that evidence, Reichstein and his team used satellite images from 1982 and 2011 to reveal how much light plants in an area absorb so they can perform photosynthesis. From those images, Reichstein’s team determined how much biomass an individual ecosystem accumulates during or after extreme weather.

The team used a global network of 500 stations that record carbon dioxide and air concentrations near ground level and in forest canopies to determine how much carbon dioxide absorption occurs in each ecosystem studied.

Using complex computer models, the team concluded that on average, vegetation absorbs 11 billion fewer metric tons of carbon dioxide than it would in a climate that doesn’t experience extreme weather events.

Reichstein singled out the ongoing drought in the Southwest as a particularly damaging extreme weather event that could affect ecosystems’ carbon dioxide absorption in the U.S.

“I think counting on the biosphere’s ability to absorb carbon is a risky thing because you don’t know how long it will continue to take up carbon dioxide that we emit,” he said.