The Intergovernmental Panel on Climate Change urged immediate action on adapting to human-caused climate change in the second part of its fifth assessment report, released in March. But it may be that governments and the media are poorly equipped to deliver that dire message to the public.

That was the consensus among experts speaking about the evolution of the public debate over climate change and clean energy at Bloomberg’s Future of Energy Summit in New York City. 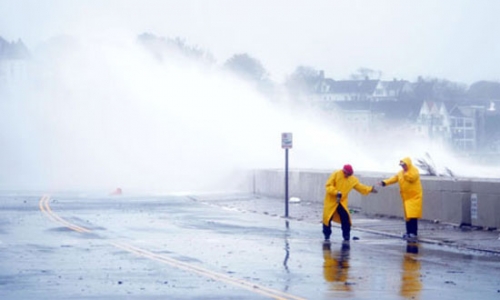 Andy Hoffman, director of the Institute for Global Sustainable Enterprise at the University of Michigan, said that climate change and renewable energy are caught in a cultural schism in which both, regardless of the science, are seen as products of radical environmentalists and big government.

“What we find is that when people start to discuss these issues, they’re questioning your motives and (trying) to find out whether you’re a member of their tribe,” he said.

Of all the institutions that deliver the message to the public about how climate change will affect them, the media, the government and energy companies are the least trusted, according to surveys conducted by public relations firm Edelman, Jessica Lennard, the firm’s director of energy public affairs said.

The public has a great trust in the business community to deliver that message, however, she said.

To take action, people have to realize that climate change is very personal, and can easily hit them both at home and in their wallet.

Polls show that people begin to take a greater interest in climate change when the weather seems more extreme, but because one extreme weather event is not necessarily a product of climate change, people fail to grasp what climate change is really about and what it means over the long term, he said.

Perhaps the most obvious complicating factor in the public’s ability to grasp and accept the IPCC’s report is that both climate change and renewable energy are seen through the prism of partisan politics.

“It has become a third rail,” Whitman said.

“Describe climate change as the next financial crisis,” she said. “We’ve absolutely got to depoliticize this narrative somehow — talk about responsibility and economic resilience.”

The Bloomberg New Energy Finance Future of Energy Summit in New York began Monday and concluded Wednesday, with discussions focusing on new renewable and traditional energy technology and its role in a changing climate.