When you’ve got tens of millions of people living close to more than 1,000 miles of coastline, it could help to closely track the slews of steps being taken to protect homes, ports, roads, and other infrastructure from rising seas.

So it is in California, a broad and densely populated state where powerful tectonic and hydrologic forces have sculpted elaborate coastal, bayfront, and estuarine landscapes. To help adapt to the increased flood-risks affecting people and property in these landscapes, the Golden State is about to compile the nation’s most elaborate sea level rise planning database. 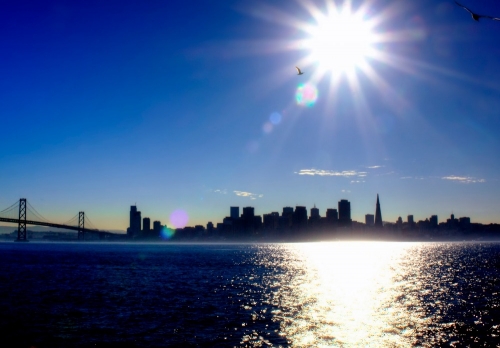 The task won’t be easy. California’s bureaucracy can be as bewildering as its hydrology. Which is one of the reasons its lawmakers are directing a single agency to gather information from cities, counties, airports, utilities and other companies, and a long list of state departments about sea level rise adaptation plans, and to consolidate them into a new online database.

Given that there’s more than $36 billion worth of property within less than 3 feet of the state’s current high tide lines, and given the vulnerabilities of San Francisco Bay, which connects the Pacific Ocean with waterways that stretch into the agriculturally productive Sacramento-San Joaquin River Delta, the groundbreaking effort could seem as overdue as the much-anticipated El Niño.

“It allows us to be far more efficient in our work on sea level rise,” said Assemblyman Richard Gordon (D), author of Assembly Bill 2516, which directs the California Natural Resources Agency to do the work. The bill has been passed by the state assembly and senate, largely along party lines, with Democrats supporting it and Republicans opposing. It’s awaiting a signature from Gov. Jerry Brown (D).

If the bill is signed, various public agencies and private entities will have until next summer to provide their sea level rise plans, vulnerability assessments, scientific findings, inundation maps, and related information to the Natural Resources Agency. That agency would be required to produce the database by the start of 2016. The work would be funded out of the agency’s existing budget.

Gordon chaired a committee that held four hearings on the impacts and risks of rising seas. Last month, the committee published a report, Sea-Level Rise: a Slow-Moving Emergency, detailing its findings. Better coordination of sea level rise planning was among the report’s many recommendations.

“We received information from local governments, state agencies, and others about work that was underway” to adapt to rising seas, Gordon said. “One of the things that struck us the most was that often these efforts were being done in isolation.”

It’s impossible to say just how much more water is on its way for the water-flanked state, but there’s no doubt that it is coming. The state’s Ocean Protection Council last year urged other departments and offices to brace for about 3 feet of sea level rise this century.

“There’s no community that touches the sea that will not be impacted,” Gordon said. “We also have a very large inland coastal area surrounding the San Francisco Bay. All of these areas are in jeopardy.”

Wetland restoration is a popular tool being used in California to adapt to rising seas. Thanks in part to the natural growth of plants and the natural shoreline accumulation of drifting sediment, these ecosystems can grow vertically along with rising water levels. And they can buffer storm surges, protecting nearby property. But, as an example of how the new database could prove useful, Gordon said coastal managers aren’t always aware of the wetland restoration work underway in other parts of the state. The new database would help them share tips and information on best practices among themselves.

Also of concern to the committee were those areas and governments within the state that aren’t yet bracing for rising seas. Gordon said the new database would help identify preparedness gaps. 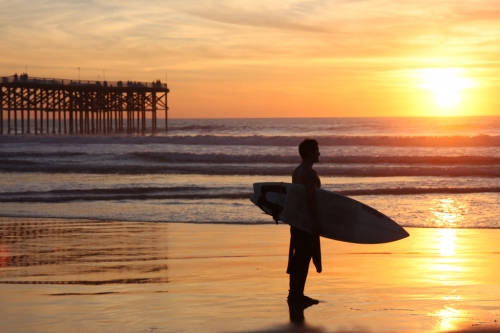 “We can focus attention on those communities that are not yet thinking about this; not preparing,” Gordon said.

The bill was opposed by most of the legislature's Republicans, who questioned the magnitude of the dangers posed by sea level rise, with a party analysis stating that less than an inch of sea level rise was likely this century. They said the bill would impose costly reporting requirements upon municipalities. The analysis said the bill “appears to try and shame cities and counties” that aren’t preparing for rising seas.

Jessica Grannis, the Adaptation Program Manager at the Georgetown Climate Center, which is based at Georgetown Law, however, said the database would be useful for officials—and for the public and climate experts in California and elsewhere.

“It’s pretty novel, in that it attempts to coordinate coastal management, especially in a state as large as California,” Grannis said. “It’s really hard to tell from existing publicly available information what’s going on—particularly when you have so many local jurisdictions and state agencies working on the issue. It’ll be nice to have a one-stop shop.”

Some other states are also making efforts to coordinate planning for sea level rise. And New Hampshire, Rhode Island, and Connecticut require sea level rise to be considered by coastal planners. But Grannis said California’s legislation goes further than any other state when it comes to consolidating information about sea level rise adaptation efforts. “I think it will be hugely useful,” she said.