In drought-stricken California, ensuring water flows from faucets is nearly as much about energy as it is about the water’s source.

Water needs more than gravity to flow from its sources, often hundreds of miles away. It is pumped through aqueducts and pipelines from mountain sources, reservoirs and the Colorado River, often far from Los Angeles, San Diego, the San Francisco Bay Area and the Central Valley, where most of the water is consumed. 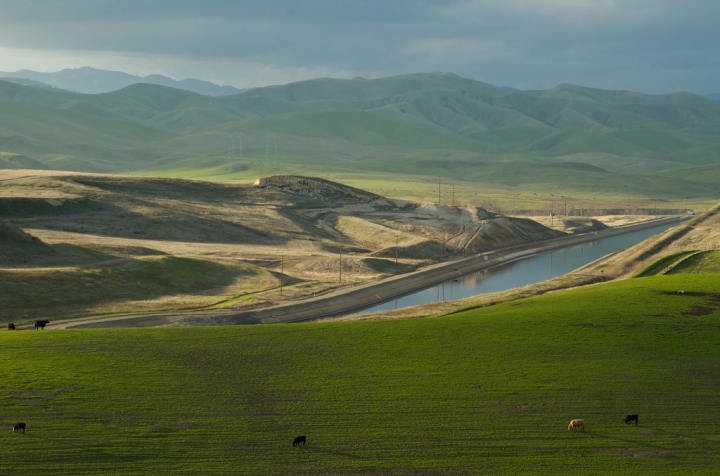 With California in the throes of one of the worst droughts of the past century, researchers say slashing the energy requirements of supplying water to cities and farmers will become critical as long-term droughts become a greater possibility.

That is severe drought’s dirty secret: As surface water sources dry up, groundwater becomes the resource of choice, requiring more electricity to pump it out of the ground than it takes to transport surface water, possibly threatening the state’s renewable energy goals.

“What we’re seeing is what I’d characterize as an increase in the energy required to develop large-scale water resources,” Kristen Averyt, associate director for science at the Cooperative Institute for Research in Environmental Sciences at the University of Colorado-Boulder, said. Averyt’s research focuses on the “water-energy nexus,” the energy it takes to supply water to people.

The energy-water nexus is a major challenge in California and throughout the Southwest, where climate change is expected to make the region even more arid than it is today and possibly increase the risk of a megadrought lasting 35 years or more. Such aridity could reduce the amount of water flowing in the Colorado River system, one of the Southwest’s most important water sources, and force cities to expend a lot more energy pumping groundwater.

Averyt’s team is considering how new water projects on the drawing board in California and elsewhere could become more energy intensive as the climate changes over the remainder of the century.

California’s current drought has inspired policymakers and investors to dust off decades-old water project plans, or draft new ones, many of which require huge capital investments to build, she said. The California State Water Plan, for example, calls for billions of dollars to be spent on expanding water storage reservoirs, re-thinking the state’s water conservation measures, and managing groundwater more effectively.

But with more energy needed to supply water, it may reduce states’ ability to slash greenhouse gases and meet renewable energy portfolio standards.

“The results suggest that as surface waters diminish, groundwater becomes the go-to water resource,” Averyt said. “Over time, as aquifers are depleted, we hit the limits of water conservation and efficiency, (and) the power required for pumping groundwater from deeper below the land surface exceeds the power used to move around water on the surface. It is the combination of less surface water availability and deepening water levels in aquifers that would lead to an increase in overall power requirements for water in the state.”

California, no stranger to long-term droughts, could fail to meet its renewable energy portfolio standards after five or six years of drought under average climatological conditions because the energy intensity of the water supply would become so great, Averyt said.

Supplying Water to Californians Takes a Lot of Energy

The largest individual consumer of electricity in California is the State Water Project, the set of pumps and aqueduct system that sends water from Northern California to residents and farmers in Southern California.

Water-related energy use represents 19 percent of California’s electricity consumption, using 30 percent of the state’s natural gas and burning 88 billion gallons of diesel fuel annually, according to a 2014 Congressional Research Service report. Up to 40 percent of a city’s government’s energy bill can be consumed by its water and wastewater treatment systems, and up to 13 percent of U.S. electric power use nationwide is water-related, the report says.

Across the West, about 20 percent of total electric power generation is used for supplying and heating water, including the region’s most energy-intensive water project, Central Arizona Project. The CAP stretches 300 miles and climbs 3,000 feet in elevation before delivering Colorado River water to Phoenix. 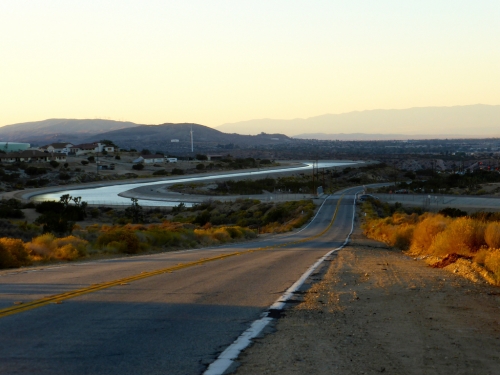 “I find it really interesting that in the current situation and in a future where we have diminished water supplies as a consequence of climate variability and change, we’re pumping water from great depths and great distances and over great mountain ranges that can compromise our ability to mitigate greenhouse gas emissions depending on where the electricity is coming from,” Averyt said.

The issue becomes more pressing as both state and federal policies call for greater efficiency in the use of electricity and the current drought makes the need to secure water supply for a growing population all the more acute.

“The overarching story is, will energy intensity and emissions go up or down in the future?” said Robert Wilkinson, professor of water policy at the University of California-Santa Barbara serving as an advisor on the California State Water Plan. “They could easily go either way.”

Energy intensity of the state’s water supply could be reduced if more water suppliers harvest rain water, recycle wastewater and take water efficiency measures. There’s also a trend in California toward finding local water supplies, and water recycling in Los Angeles and other cities is part of that trend, he said.

Every year, the city of Los Angeles recycles about 3.2 billion gallons of drinking water, providing industrial sites, golf courses, parks and gardens with treated wastewater that had previously gone down Los Angelenos’ drains.

Water recycling offsets the need for fresh drinking water to be used where pure water isn’t necessary, reducing the amount of water the city needs to obtain from far-away and snow-starved mountains. As a side benefit, recycling cuts the energy needed to get fresh water from the Sierra Nevada to Los Angeles residents by reducing demand for it.

About 350 million gallons of wastewater is treated in Los Angeles every day, according to Serge Haddad, manager of the Los Angeles Department of Water and Power’s Water Recycling Policy Group.

“That’s a huge potential resource where we can capture already-treated water,” he said. “It makes more sense for us to keep water already in the city and utilize it versus bringing water in from hundreds of miles away.”