Capturing carbon dioxide emissions from electric power plants and storing them permanently underground may be among the most important ways countries can prevent climate change from spiraling out of control.

But, as with many other federal climate-related programs, President Trump’s proposed 2018 budget nearly snuffs out funding for carbon capture and storage, or CCS, research and development, possibly dramatically slowing the advancements in that technology. 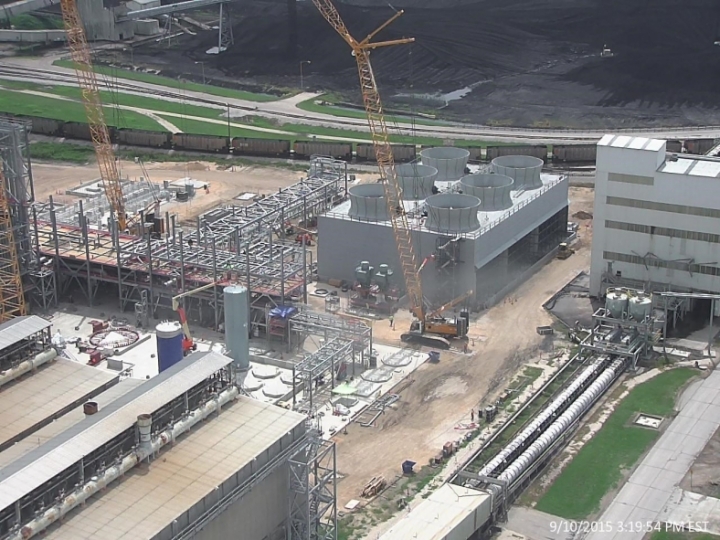 The budget calls for the U.S. Department of Energy’s CCS programs to receive a 75 percent funding cut. The budget for the National Energy Technology Laboratory’s research program, which administers the CCS research along with the DOE’s Office of Fossil Energy, is slated to be zeroed out altogether. The DOE’s fossil energy research and development budget is being cut by more than half.

In raw numbers, the Trump administration is proposing to cut the Office of Fossil Energy’s carbon capture program to $16 million in 2018 from $66 million in 2016. The White House wants to cut the carbon storage program to $15 million from $67 million, and cut the NETL’s $53 million research budget down to zero. All told, DOE’s fossil energy program would see its budget cut to $280 million from $618 million.

“With the proposed budget, CCS research will slow to a crawl and the United States will lose its leadership in a vital area — one that benefits the economy as well as the environment and the people upon which that economy depends,” said Jeffrey Bielicki, a geodetic engineering professor and CCS researcher at Ohio State University.

Representatives of the DOE and the White House did not respond to requests for comment.

CCS researcher Peter Kelemen, an earth and environmental sciences professor at Columbia University’s Lamont-Doherty Earth Observatory, said the DOE and the National Science Foundation have been the main funder for many academic CCS research projects. The NSF is targeted for an 11 percent budget cut, according to the American Geophysical Union.

The White House budget is unpopular in Congress and is unlikely to be approved in its current form. However, Kelemen said that DOE officials have told him that upcoming budget battles in Congress could lead to gridlock in CCS and other scientific research funded by the federal government.

“They said that until a budget is passed, people within the DOE are basically obligated to follow guidelines from the president,” Kelemen said. “In their view, a lack of legislative action should not be perceived as postponing difficult times for CCS researchers within the DOE.”

As the climate warms, CCS research becomes all the more urgent as part of a variety of global efforts to reduce greenhouse gas emissions and carbon dioxide concentrations in the atmosphere. 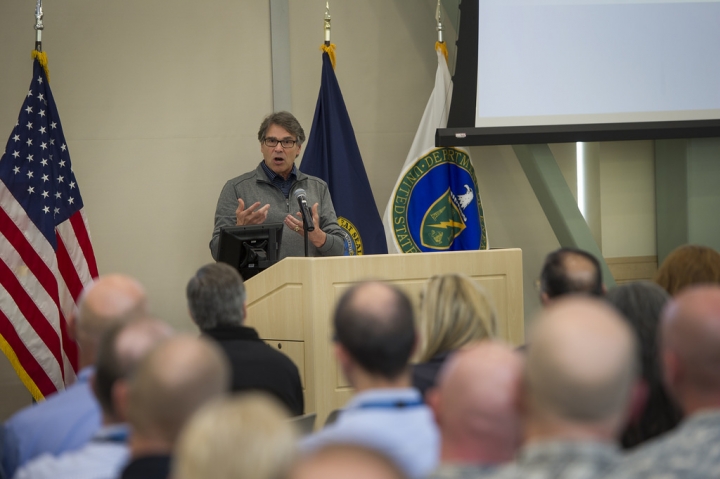 CCS may be critical to preventing global warming from exceeding levels scientists consider dangerous — 2°C (3.6°F), according to the Intergovernmental Panel on Climate Change. CCS projects are being developed at several coal-fired power plants in the U.S. and Canada, and at other sites around the world.

Carbon capture, storage and removal research is becoming more and more urgent because studies suggest that the globe is on a trajectory to blow past atmospheric carbon dioxide concentrations within 22 years that make make 2°C of global warming inevitable.

To combat that problem, most of the scientific models that form the basis of the Paris Climate Agreement rely on creating “negative emissions” by removing carbon dioxide from the atmosphere and storing it permanently underground.

Scientists say carbon removal is likely to involve expanding forests worldwide to store more carbon dioxide in their tree trunks and roots while also developing facilities that can suck carbon dioxide directly out of the air — technology that is in its infancy today. The technology that allows carbon dioxide to be captured and stored at electric power plants is different from the kind that can remove climate pollution directly from the air.

As part of the DOE’s carbon storage program, scientists study how carbon dioxide behaves when it is injected into underground rock formations. The carbon capture program conducts research and development on ways to capture carbon from power plants and scaling up those technologies.

In its justification for the cuts, the White House said most of the DOE’s applied energy research, including the science conducted by the Office of Fossil Energy, is best done by the private sector.

But Bielicki said the economy isn’t yet strong enough for the private sector to support CCS research and development on its own. Private investment in CCS is dependent on government support for inexpensive research into basic chemistry and physics behind CCS and costly real-life demonstration projects that the industry is unlikely to invest in just yet, he said.

Klaus Lackner, director of the Center for Negative Carbon Emissions at Arizona State University, said the potential budget cuts’ impact on negative emissions research is complicated because most DOE carbon capture and storage research focuses on sequestering emissions from coal-fired power plants — technology that is not yet compatible with negative emissions techniques under development.

“However, this attempt at budget slashing shows that it will get a lot harder to do research on the topic of managing carbon,” Lackner said, adding that the government should be expanding the scope of carbon storage research. “CCS should not be limited to coal technology.”