This is British Columbia’s Second-Worst Wildfire Season. It’s Far From Over

Poor air quality, blood-red sunsets and mountains swallowed by smoke are just a handful of the impacts of wildfires roaring in British Columbia.

The fires kicked up in early July but have spread in recent days as hot, dry and windy weather has fanned the flames and sent smoke streaming across the border into Washington and Oregon. Wildfires have burned through 1.2 million acres of forest and grassland as of Wednesday, making this the second-worst wildfire year on record for British Columbia. And with the whole month of August to go — typically the worst month for wildfires in the province — it’s likely this year will continue its assault on the record books. 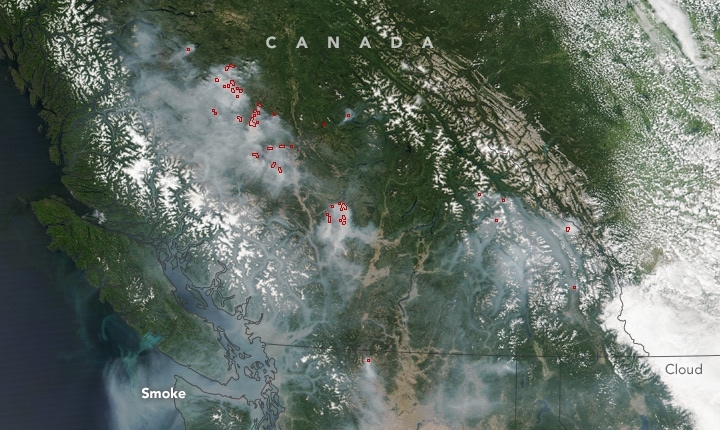 The blazes in British Columbia are the latest in a fiery game of ring-around-the-rosy happening in the northern stretches of the world's forests. With each passing year, destructive fires are destroying more and more forests of spruce, fir, larch and other trees that spread across Russia, Canada and Alaska and northern Europe.

The unprecedented burn is a symptom of rising temperatures in a region that has warmed twice as fast as the rest of the world. And because those forests contain some of the largest forest stores of carbon on the planet, sending them up in smoke will only increase the impacts of climate change.

Earlier this year, boreal forests in Siberia were a hot spot for fire activity. But now it’s the British Columbia montane forest's turn to burn. Lightning kickstarted 140 fires in early July, according to Mike Flannigan, a wildfire expert at the University of Alberta.

“Any fire management organization is pretty good with dealing with 5 to 10 fires, but you can't deal with 140 fires starting in one day,” he said. “It's been hot and dry ever since and occasionally windy.”

Those winds, in particular, have whipped flames across meadows and over mountain ridges making it difficult for firefighters to control an ever-expanding series of blazes. Through Wednesday, the province has seen 868 wildfires this year including 123 active fires. 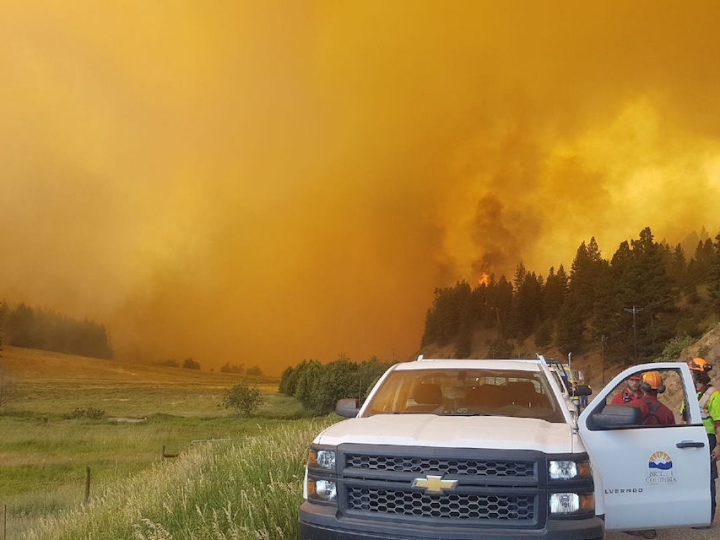 The 1.2 million acres burned is four times greater than the average acreage burned annually over the past 10 years. This year has a long way to go to beat the record-setting year of 1958 when wildfires burned 2.1 million acres, but with fire danger forecast to be extreme over the coming days and August typically the most fire-laden month in British Columbia, the season is far from over.

A wet winter primed the forests for this summer’s fires. The extra precipitation helped spur tree and underbrush growth, which has provided more fuel.

Flannigan said an atmospheric ridge of high pressure has camped out over British Columbia since May, essentially locking warm and dry conditions into place. The early July lightning storm was the match that set fire to the forests.

Chief fire information officer Kevin Skrepnek told reporters that the fire conditions in July were “unprecedented” and that 2017 has been extraordinary “in many ways in terms of the aggressive fire weather we’ve seen.” 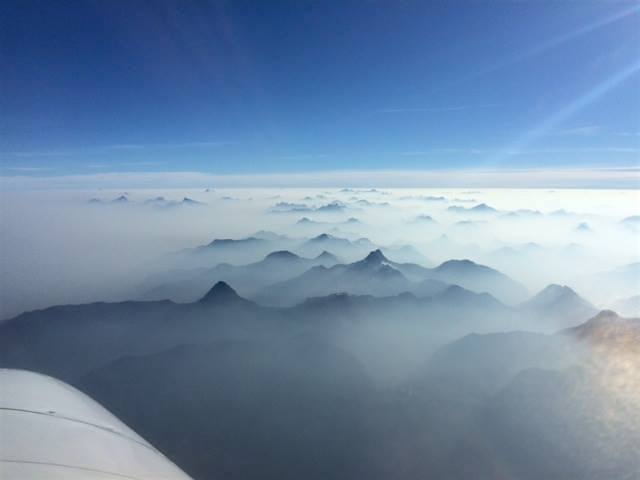 Heavy smoke from wildfires across the province is starting to drift towards coastal B.C. on Aug. 1.
Credit: BC Wildfire Service

Those extraordinary conditions in British Columbia are becoming more common, particularly in the boreal forest as the world warms. Massive fires have created headlines and caused widespread damage from Siberia to Alaska to the Northwest Territories to Alberta recently, all part of a trend of increased fire activity unheard of in the boreal forest over the past 10,000 years.

“This (fire outbreak) is consistent with climate change,” Flannigan said, noting that he and fellow researchers have seen the writing on the wall for more than a decade. “In a 2004 paper we categorically stated that the increase in area burned in Canada is a direct result of human caused climate change. Individual events get a little more tricky to connect, but the area burned has doubled in Canada since the 1970s as a result of warming temperatures.”

Flannigan said Canada could see another 5.4°F (3°C) increase in temperatures by the century’s end. In a cruel twist, the massive fires currently spewing carbon dioxide into the atmosphere will contribute to that rise. As temperatures increase, large wildfires will likely become more common still, further reinforcing climate change. The peat that sits under the forests could also burn, creating another dangerous climate feedback loop.

The uptick in fires has taxed limited resources in Canada and across the border in the U.S., and it has increased the risk to firefighters on the frontlines battling blazes. New research Flannigan has had accepted to Environmental Research Letters shows that crown fires, the most intense type of forest fire, could increase in likelihood and intensity as temperatures rise to the point where fires could become unmanageable due to safety concerns.

You May Also Like:
Extreme Heat Will Hit India’s Most Vulnerable the Hardest
Cities Are Already Suffering From Summer Heat. Climate Change Will Make It Worse
Global Warming Is Fueling Arizona’s Monstrous Monsoons