Voters in the San Francisco Bay Area approved an unprecedented tax Tuesday to help fund an ambitious vision for restoring lost marshlands, handing electoral victory to shorebirds, crabs and advocates of a muddy strategy for adapting to rising seas.

Measure AA is projected to raise an estimated $25 million a year for 20 years. As of Wednesday morning, 69 percent of voters in the nine Bay Area counties supported it, with only a small number of votes left to be counted. The $12 annual tax proposed for each parcel of property owned in the Bay Area needed two thirds of votes to pass. 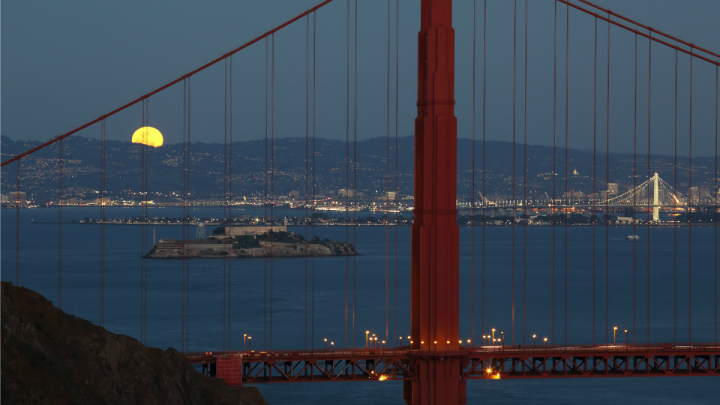 San Francisco Bay has lost most of the marshes that could help it adapt to rising seas.
Credit: Don McCullough/Flickr

“I’m just so thrilled,” said Laura Tam, a sustainable development policy director at the San Francisco-based urban planning think tank SPUR. “I don’t quite believe it. I’m waiting for some missing ballots to be found.”

While other political operatives and onlookers were celebrating primary victories by Hillary Clinton and U.S. Senate candidate Kamala Harris on Tuesday evening, SPUR was hosting a Measure AA party in Oakland. The think tank formally supported the ballot measure.

“This is an historic measure that shows that the region is unified about caring about the bay, and about the environment for the future,” Tam said. “What it allows us to do is take a lot of the public lands that have been set aside for restoration and actually do the restoration work.”

The sweeping estuary that includes San Francisco Bay has lost most of its tidal marshes during the past 200 years, and those that remain are some of the sickliest in the country, harming wildlife populations and leaving homes, roads and other infrastructure vulnerable to flooding.

Bay Area leaders have published a vision for restoring 100,000 acres of marshland, which could grow vertically as seas rise and buffer waves that cause erosion. A recent state-led analysis recommended accelerating the work because of the looming threat of an acceleration in rates of sea level rise.

Seas have risen 8 inches since the 1800s, largely because of the warming effects of greenhouse gas pollution, which is melting ice sheets and glaciers and causing ocean waters to expand. The rate of rise is steadily increasing, and seas could rise 2 to 6 feet this century, flooding low-lying and heavily populated neighborhoods in the Bay Area and around the world.

The new parcel tax is projected to raise $25 million a year for 20 years, beginning in 2017. Spending will be guided by the San Francisco Bay Restoration Authority, which is overseen by state officials.

Dave Pine, a county lawmaker who serves as chair of the restoration authority, said the $500 million in parcel taxes over 20 years would provide about one third of the $1.5 billion in anticipated marsh restoration costs for 35,000 acres of publicly-owned land.

The restoration authority plans to invite proposals for restoration grants that will be funded by the ballot measure.

“The ballot measure itself doesn’t specify which projects will be funded, but it does provide for some principles that we’ll use to vet these proposals,” Pine said.

It’s common for beach municipalities whose economies rely on tourism to levy hotel taxes to raise money for beach maintenance, but Derek Brockbank, executive director of the American Shore and Beach Preservation Association, said it made sense for the Bay Area to pursue a different approach.

“The Bay Area is certainly a leading area for environmental awareness, so it doesn’t really surprise me that they would be one of the first areas to take this kind of approach,” Brockbank said.

The D.C.-based group advocates for dedicated coastal funding at local, regional and national levels, although Brockbank said they didn’t take a position on Measure AA.

“It was interesting to see how they’re looking at it as a property tax, as opposed to a tourism tax,” Brockbank said. “Protecting the bay is a critical economic interest for a myriad of reasons — not just a benefit for the tourism industry.”

The nonprofit Save The Bay campaigned heavily on behalf of the ballot measure, and it expects additional money will be raised from state and federal grants to help meet funding shortfalls.

“As far as I know, it’s unprecedented for a major metropolitan area to vote by a huge majority to make this investment in a natural resource that’s also going to benefit the built environment,” David Lewis, executive director of Save The Bay, said Wednesday morning.

The measure was broadly supported by business and conservation groups, raising several million dollars for campaigning, some of which was spent on television advertising.

“I think it’s the largest and best example of a region coming together in support of natural adaptation to climate change and sea level rise,” Lewis said. “Wetland restoration is one of the best ways we can protect the shoreline from rising seas and heavy storms.”

You May Also Like:
Best Protected Great Barrier Reef Corals Are Now Dead
Arctic Sea Ice Breaks May Record . . . By A Lot
Overfishing and Pollution Kill Corals in a Warming World