Hawaii has the most expensive utility rates in the nation because most of its electricity is generated using imported crude oil. But as a new law moves the state toward renewable energy sources that could lessen its dependence on fossil fuels, Hawaii may join several other states in rolling out a secret weapon — big batteries.

Experts speaking at the U.S. Energy Information Administration energy conference in Washington this week said batteries are quickly becoming a key part of the push to make renewable energy a bigger part of the U.S. power grid in a warming world. 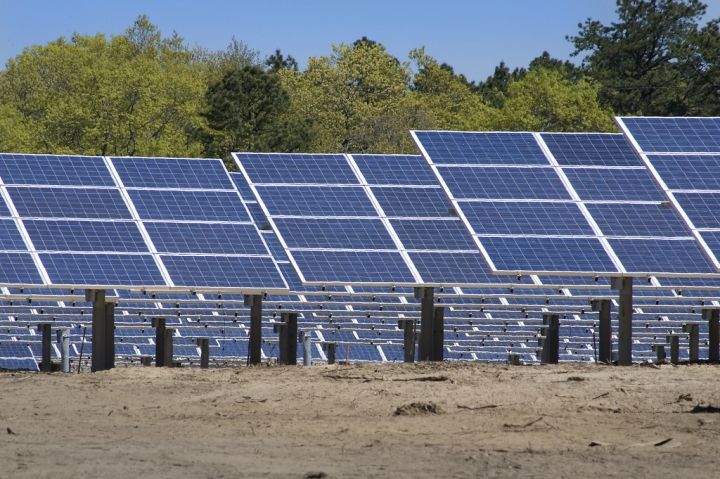 Whether it’s a Tesla Powerwall battery mounted on a garage wall or large batteries storing electricity generated from solar panels on Long Island, batteries could be a prominent part of how people use electricity in the near future.

“Lots of states are taking up storage for lots of different reasons,” Katherine Hamilton, a consultant representing the Energy Storage Association, said. Hawaii is developing energy storage so quickly that it is “changing the tires while the car is still moving,” she said.

Batteries help reduce greenhouse gas emissions because they store renewable power and allow it to flow to homes and onto the power grid when it isn’t being generated by wind or sunshine. They also help utilities manage the power grid by “smoothing” out the flow of renewable electricity; stored power can be used only when needed.

Con Edison, a utility which provides electricity to New York City and its northern suburbs, is planning to use energy storage as its suburban customers put solar panels on their roofs and connect to the grid.

One of the region’s best places to generate solar power is residential neighborhoods, where electricity use peaks at night after people come home from work but long after the solar panels produce the most electricity in the middle of the day, Con Edison resource planning analyst Michael Leff said.

“What having storage combined with solar can do is take energy produced in those networks, store it until the evening, and it can be used during peak,” he said.

“Customers are very interested in this technology,” he said.

One of the fastest-growing electric car companies — Tesla — is getting into the energy storage business for homes and utilities. 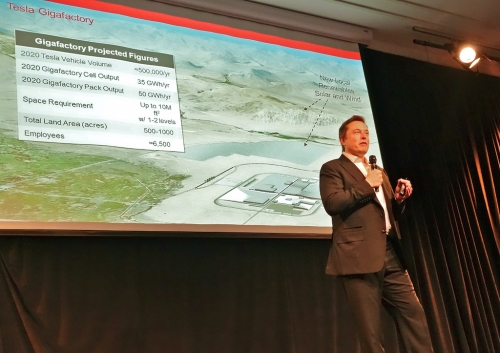 Tesla co-founder and chief technology officer JB Straubel said that while the company is growing its electric car business, building batteries for utility-scale electric power storage is a major part of the company’s future.

“The electric grid is the direct extension of our business,” partly because its cars draw power from the grid, but also because the electric battery technology it is developing can be used to store renewable electricity at a utility-scale, he said.

Tesla is developing the PowerPack, a set of batteries daisy-chained together that can store 100 kilowatt hours of electricity and connect to the power grid.

“A lot of these will be deployed on the distribution network, managed by utilities,” Straubel said.

Tesla is building a $5 billion factory in Nevada, where the company says it will produce enough battery capacity annually to store 50 gigawatt hours of electricity by 2020 — enough for 500,000 electric cars powered using renewable energy, he said.

“We can find ways to reinvent what was a slow-moving battery production industry designed for a totally different set of products,” he said. “We feel strongly that electricity is going to replace petroleum.”

You May Also Like:
Study: Renewables As Green As You’d Expect
Scientists: EPA Underestimating Renewables Potential
Hybrids Better for Climate than Leaf, Tesla in Most States