Could Baby Steps Be the Best Global Climate Strategy?

Could baby steps be the best way to make international progress on slashing greenhouse gas emissions instead of trying to strike a bold and grand bargain among world powers?

A paper published Monday in the journal Nature Climate Change concludes that the answer to that questions is: Yes. 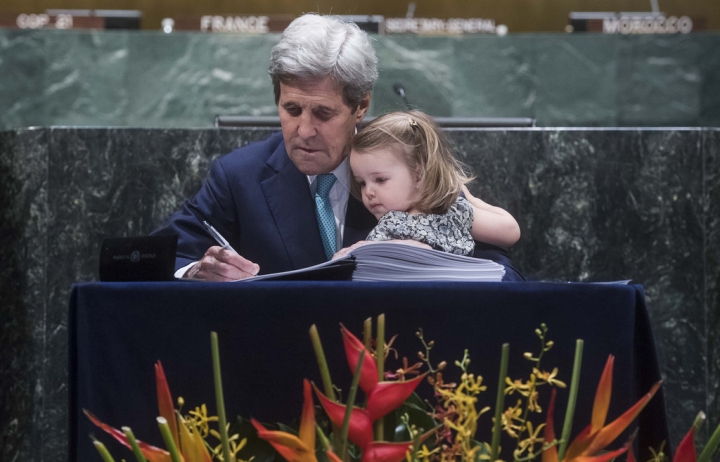 So far, international cooperation on climate change has come largely through voluntary actions agreed to during negotiations at summits in Paris, Kyoto and Copenhagen. The Paris pact will keep tabs on each country’s compliance mostly by reviewing the progress of emissions cuts, while the other pacts resulted in few emissions reductions.

Already, temperatures have increased 1°C over the last 120 years, and pledges that formed the foundation of the Paris Climate Agreement — signed by more than 170 countries last month — aren’t enough to keep the globe from warming past 2°C. Experts expect that level of warming will bring about deadly heat waves, rising seas and disease epidemics.

The key to significant climate action that could help curb warming is building trust among countries, and that happens by taking small steps toward deeper emissions cuts, according to the paper.

“I can appreciate that people want bold bargains with ambitious goals,” said paper co-author David Victor, a professor of global policy and strategy at UC-San Diego. “The problem is that international cooperation is mainly a volunteer activity. Countries can pick and choose which agreements they want to join. That’s why smaller steps are needed — to make sure that agreements don’t get wildly disconnected from what governments are willing and able to implement.”

One of the biggest challenges facing international climate cooperation is that it’s easy for countries to get a free ride, according to the paper, which was co-authored by Princeton University international affairs professor Robert Keohane. Pollution doesn’t respect international boundaries as it mixes in the atmosphere, tempting some countries to benefit from the cleaner air without taking on the high costs of cutting carbon pollution themselves. 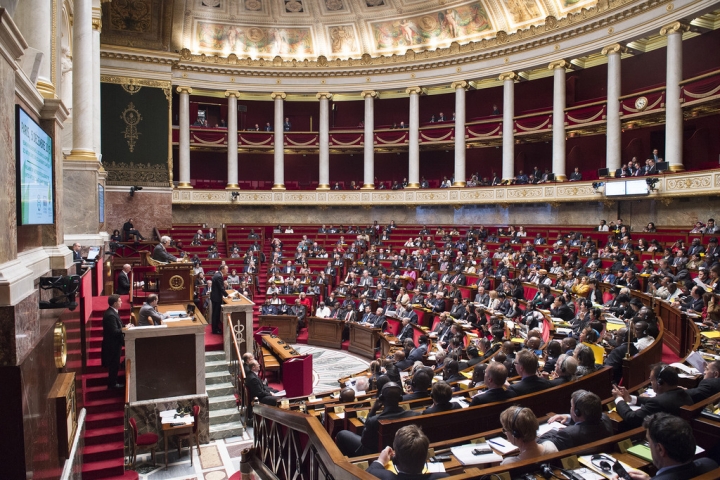 “The problem of free-riding is worsened by the fact that leaders of states think that cutting emissions will make energy more expensive, adversely affecting national economic competitiveness,” the paper says. It adds that most countries have strong incentives to avoid acting alone in cutting emissions while they wait for others  — especially the U.S. and China, the world’s biggest carbon polluters — to take action.

One way to create a sense of trust and encourage cooperation among countries is for them to bring together their best researchers and engineers to develop new low-carbon technology, the the authors write.

What’s more, most of the emissions reductions needed to keep global warming from spiraling out of control will be brought about by technological advancements — not a grand international emissions reduction agreement alone, the paper says.

“It’s not possible to radically decarbonize the global economy absent big changes in technology,” Victor said. “The other important idea here is that as new technologies are invented and tested, they will make it easier for the public to get on board with stricter climate policy. As they learn about what it will really cost to make deep cuts in emissions — and learn that doing that is feasible — much of the opposition to serious climate policy will wane.”

Even in the best of times, international cooperation is a slow process.

“Failure to recognize that has led to 25 years of diplomatic efforts — until Paris — that have achieved little,” Victor said. “We don’t have time to waste another 25 years.” 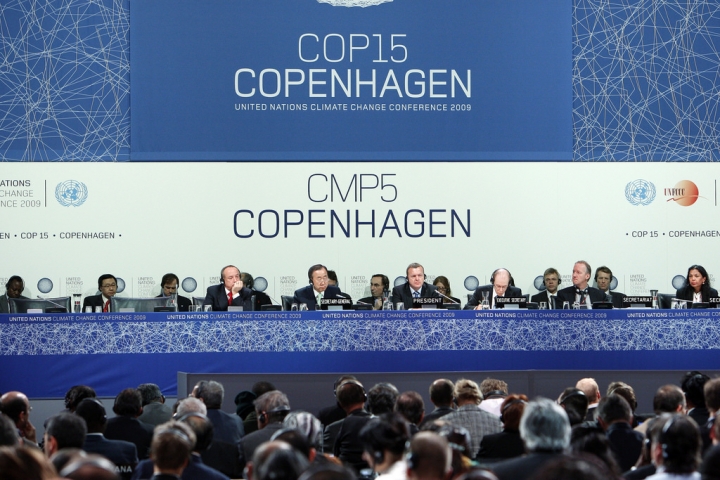 Experts unaffiliated with the paper were mixed on the benefits of a small-steps strategy.

Stacy VanDeveer, a political science professor at the University of New Hampshire, said he agrees that grand bargains on climate are “mostly fantasy.”

“Indeed, incremental progress is the most likely path,” he said. “But I would add that incremental steps will only make serious progress toward addressing both the causes of climate change and the need for adaptation if the pace of incrementalism accelerates.”

VanDeveer said it’s important to remember that broad global change is made locally, too, adding that climate pledges and reviews of progress on emissions reductions goals must occur at the national and city levels every five to 10 years.

“Activists must focus on national governments, all of them — cities, firms and so on,” he said.

University of Toronto political science professor Matthew Hoffman said small steps on climate at the international level can be part of a major global change in attitudes toward global warming.

“Given what we’ve seen in Paris, an incremental approach to a global agreement is compatible with national and subnational governments pushing for radical action,” Hoffman said. “In fact, the further that governments push on their national plans and policies, the easier further global cooperation will be.”

Robert Stavins, a Harvard University economics professor unaffiliated with the paper, said he agrees with the paper’s thrust that incremental and sometimes decentralized steps are necessary to build trust and increase climate ambition among countries.

“The pledge and review system of the Paris Agreement is one step along this path,” Stavins said.

You May Also Like:
This Is How Surfers Are Helping Fund Climate Science
Fate of World’s Coastlines Rests on Melting Antarctic Ice
2016 Election Critical to Success of Paris Climate Pact
Florida Dredging Would Cut Path Across Corals in ‘Crisis’