While the U.S. has been in a major hurricane drought since 2005, those top level storms have actually become more common in the Atlantic basin. The reason could be linked to rising sea surface temperatures — fueled in part by global warming — as seen in ocean buoy data collected along the U.S. coast.

Hurricane Wilma — which at one point was the strongest tropical cyclone ever recorded in the Atlantic basin — was the last major hurricane to pummel the U.S., roaring ashore in Florida as a Category 3 storm on Oct. 24, 2005. Since that date, no Category 3 or higher storm — what the National Hurricane Center defines as major hurricanes — has hit anywhere in the U.S. 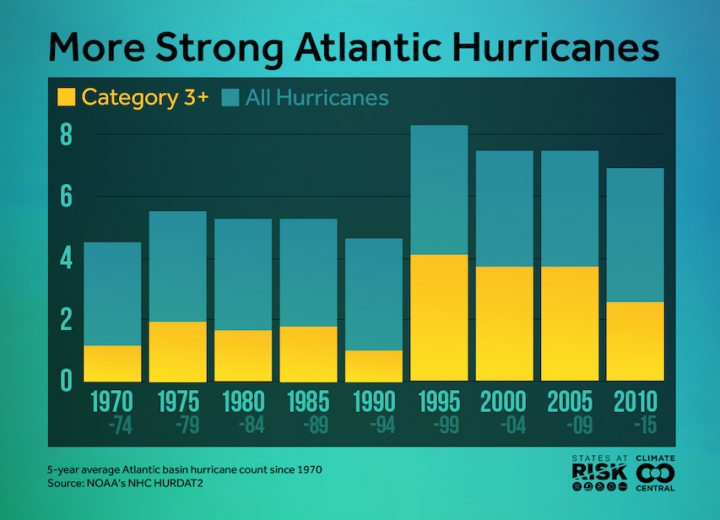 But that streak is deceiving. The incidence of major hurricanes has essentially doubled across the Atlantic basin since 1970, potentially linked to rising sea surface temperatures there. It just happens that fewer of those storms hit the U.S.

Of course, in the decade since Wilma struck, plenty of other storms have had a major impact. Hurricane Ike and Superstorm Sandy were among the costliest storms on record, but neither was technically categorized a major hurricane. And Hurricane Hermine, though only a Category 1 when it recently hit Florida, caused significant damage. It also ended the state’s nearly 11-year streak without any hurricane making landfall.

In addition to the rise in major hurricanes in the Atlantic basin, the average number of named hurricanes each year has increased to about seven storms from five storms, though the exact reasons for this rise are still the subject of research. 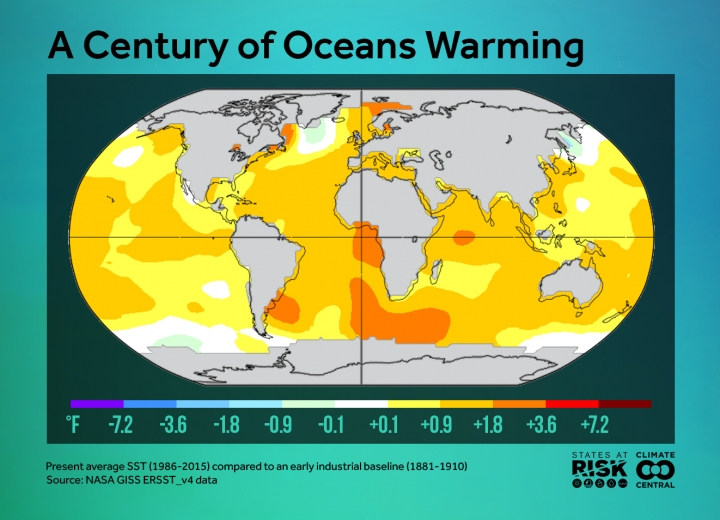 Other ocean basins have also seen changes to their seasons. Landfalling typhoons have become more intense in the northwest Pacific while Hawaii has seen a string of hurricanes and tropical storms swing dangerously close to the island in recent years.

Natural changes like the Atlantic Multidecadal Oscillation as well as more familiar shifts like El Niño are responsible for some of the year-to-year fluctuations in the number of hurricanes. Other factors like dust from the Sahara that serve to limit the formation of storms can also have a major impact on an individual hurricane season.

But the background signal of climate change could be playing a role. Climate models suggest that hurricane intensity should increase as the world warms, and that the most intense storms will become a bigger proportion of the total. The relatively short time period of quality hurricane records makes detecting such trends difficult, though. There is also research that suggests that aerosols in the atmosphere could be having an opposite effect to warming, effectively masking any trend to date.

Most of the heat being trapped at the Earth’s surface by human greenhouse gas emissions is absorbed by  the oceans. Large swaths of the seas have warmed 1-3°F over the past 100 years. In the Gulf of Mexico, buoy data from the peak of hurricane season — August through October — shows waters have warmed 1-2°F in the past 40 years alone.

In the Atlantic, temperatures have warmed as much as 4°F over that period. While at single buoys the water may have warmed faster or slower than other locations, globally, there is a clear trend toward higher sea surface temperatures. That trend is likely to continue and scientists project that it could help increase the number of intense hurricanes while possibly reducing the overall number of all storms.