President Obama announced plans Monday to change how the federal government manages the rising costs of fighting wildfires. According to his proposal, the federal agencies largely responsible for fighting wildfires will be able to draw from a special disaster account, similar to the way other federal disasters like earthquakes, tornadoes, hurricanes and floods are funded.

The move toward more consistent funding for tackling wildfires comes at a time when the West is seeing a dramatic increase in the number and size of wildfires burning each year across the region. 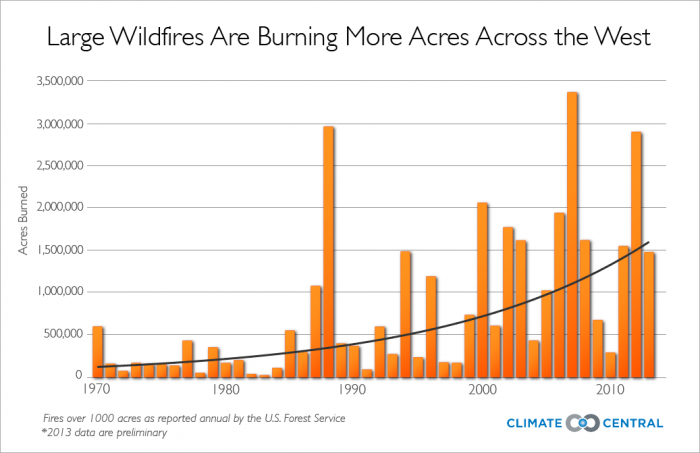 The graph above shows that western wildfires are burning about six times more acres each year, on average, than in the early 1970s.

A 2011 report from the National Research Council projected that the area burned in the West will quadruple for every additional 1.8°F of temperature rise. According to the draft National Climate Assessment report, the most recent climate model projections show that temperatures will rise between 2°F and 4°F across most of the U.S. within the next few decades, and as much as 8°F by 2100.