If humans could invent a leaf-like solar cell that could turn carbon dioxide pollution from the atmosphere into fuel for electric power plants, it could help reduce reliance on fossil fuels and cut emissions that contribute to global warming.

That’s the goal of a new artificial leaf that a team of researchers led by the University of Illinois-Chicago has developed — a solar cell that uses the power of the sun to mimic photosynthesis and convert carbon dioxide into a solid fuel, according to a study published in the journal Science. 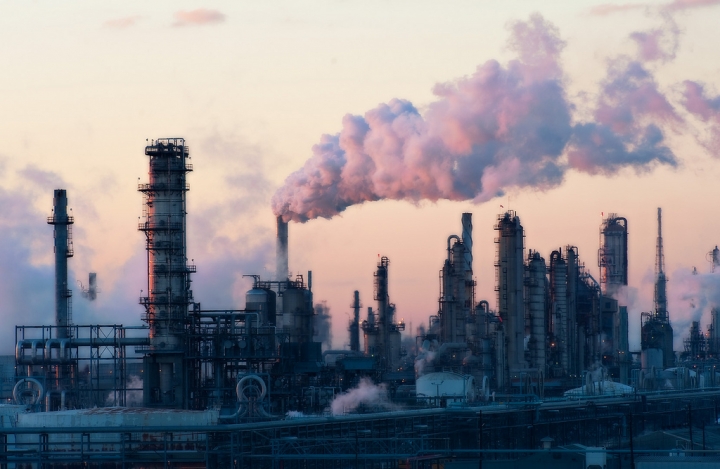 “We believe that the artificial leaf concept could be used in the form of solar farms next to chemical and power plants in order to convert the carbon dioxide from the exhaust stream to fuels,” said study co-author Larry Curtiss, a materials scientist at Argonne National Laboratory in Chicago.

Creating technology to remove atmospheric carbon dioxide — a concept called “negative emissions” — is seen by many as a necessary component of an international strategy to prevent global warming from exceeding 2°C (3.6°F) under the Paris Climate Agreement.

The leaf is among numerous negative emissions technologies in their infancy, and like a lot of them, its market-readiness and scalability are still unproven.

The researchers’ artificial leaf works like this: When sunlight hits the leaf, an electrochemical reaction occurs within the cell, turning the carbon dioxide into carbon monoxide, which is then mixed with hydrogen and converted into a “synthesis gas,” or “syngas.”

Syngas can be used as a fuel in gas turbines and syngas engines, or can be used to synthesize diesel, Curtiss said.

Any carbon emissions from burning the syngas would be captured and recycled into more fuel, Amin Salehi-Khojin, a mechanical engineering professor at the University of Illinois-Chicago,  said.

Previous ways of creating syngas from sunlight and carbon dioxide have been researched, but the study’s biggest breakthrough is that the team found a new tungsten-based catalyst for the chemical reaction that works more than 1,000 times more efficiently and cheaply than other metals, such as silver.

More research is needed before scientists can say when the new technology could be used commercially, Curtiss said.

“It probably could not replace fossil fuels in cars because it depends on the availability of solar energy,” he said. 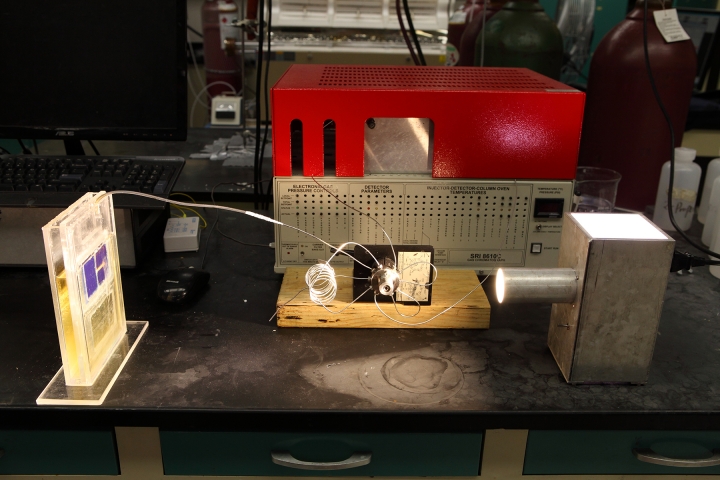 Many unanswered questions remain about the potential of the artificial leaves and how they work.

Levi Thompson, a mechanical engineering professor at the University of Michigan-Ann Arbor who is unaffiliated with the study, said that much is unknown about how the carbon dioxide-to-syngas conversion works, and he is skeptical that the artificial leaf concept has much large-scale potential.

“Overall what they describe is possible, but I believe the probability of commercial production of fuels is low,” he said.

Klaus Lackner, director of the Center for Negative Carbon Emissions at Arizona State University, said that while the study is unclear about the source of the carbon dioxide used in the process, it shows that good and cheap catalysts represent real progress in developing new chemical reactions that use sunshine to directly break up carbon dioxide.

“It is true that if you can take carbon dioxide from the air and make carbon monoxide from it, that you will have the ingredients for producing fuels with technologies that have been around for some time,” he said.