The creatures of the Southern Ocean just got a lot more space to roam freely. On Thursday, 24 countries and the European Union agreed to set aside a 600,000-square-mile swath of ocean — roughly twice the size of Texas —  off the coast of Antarctica as a marine protected area.

It’s taken years of negotiations to get to this point, but the end result is the largest marine protected area ever created. More than two-thirds of the ocean set aside was designated a marine reserve, closing it to fishing and making it a particularly safe space for marine life to weather the pressures of climate change and overfishing. It’s a technique that’s had success in other parts of the world and in addition, scientists will also be able to use the Ross Sea as a baseline in the coming years to assess the impacts of climate change on the marine food web. 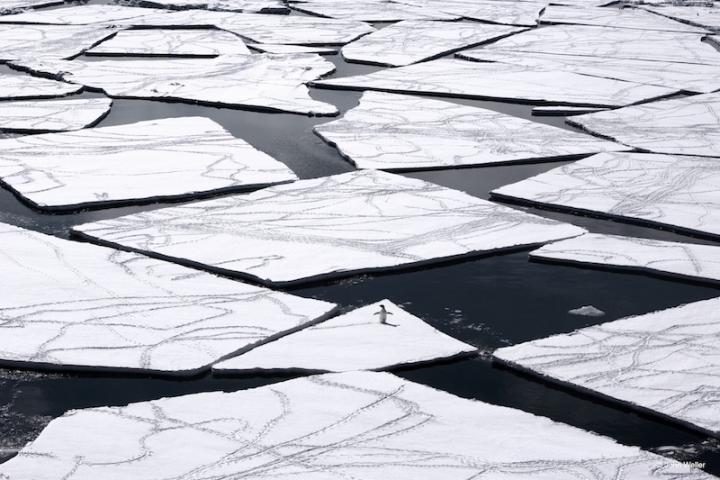 “The fact that 25 governments came together gives us hope that more of the ocean can be protected and used wisely,” Jane Lubchenco, an ocean researcher at Oregon State and a founding Climate Central board member, said, praising the marine reserve aspect in particular. “Marine reserves are climate reserves.”

The new protected area will ensure biological processes can go on without the added pressure of fishing and other local impacts. It’s obviously harder to keep climate change out since it doesn’t respect boundaries. But by reducing other stresses, scientists hope that marine life will be able to better cope with the challenge of climate change. If nothing else, it also provides an important place to gauge how much climate change alone is impacting marine life.

“The Ross Sea is this physical location that creates this kind of special place for biology to happen,” Gretchen Hofmann, a marine biologist at the University of California, Santa Barbara, said. “When you’re working there in austral summer, it’s a productivity party. It’s like boom, everything happens at once and there’s so much life.”

Much has been made of the penguins and whales that live in the Ross Sea. According to the United Nations, the Ross Sea represents only 2 percent of the Southern Ocean, but it’s home to 40 percent of Adelie penguins and 25 percent of emperor penguins as well as half of all Ross Sea orcas, a specific type of killer whale. The marine protected area is good news for them to be sure, but the biggest benefit will be to the base of the foodchain. 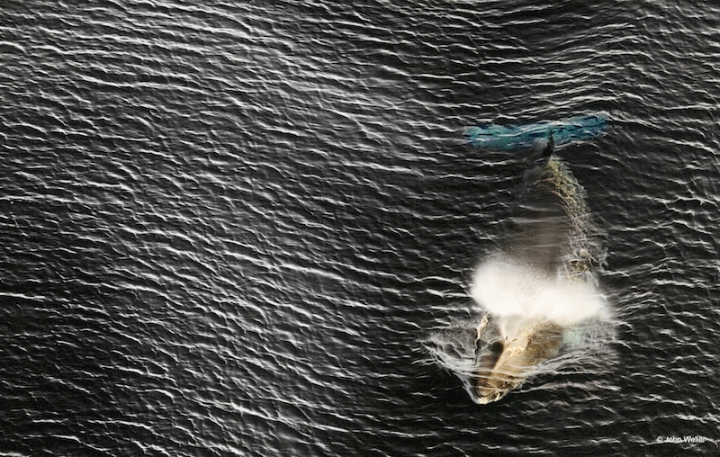 There are two factors that make the Ross Sea such a spectacular source of life. It’s home to a shallow coastal shelf area but also a deep bay that allows cold water to well up from the depths of the ocean. Add in 24-hour daylight in the summer and you get spectacular phytoplankton blooms, which form the base of the foodchain. Phytoplankton also suck carbon dioxide out of the atmosphere, providing a substantial climate benefit as well.

From phytoplankton, tiny krill — essentially microscopic shrimp — are the next step up the foodchain followed by smaller fish and eventually those charismatic penguins and whales. 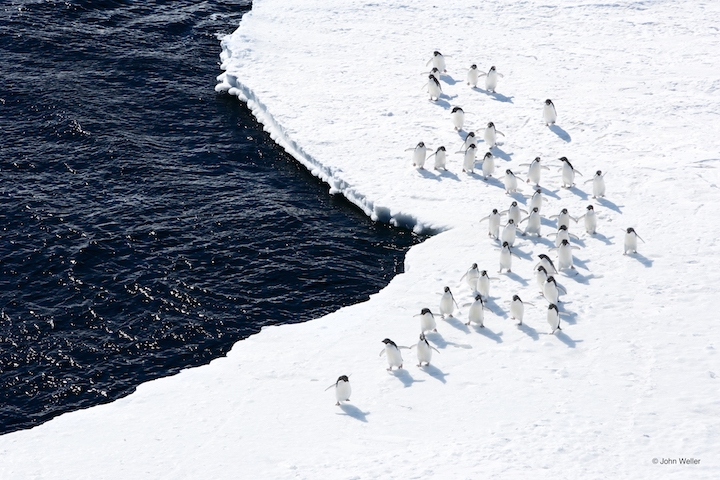 Adelie penguins on the edge of the ice in the Ross Sea.
Credit: John Weller/Pew Charitable Trusts

What happens to the cupboard is of intense interest to scientists. They already have a few ideas about what’s going on in other parts of the Southern Ocean. In the Weddell Sea, located on the other side of Antarctica, krill populations have declined by up to 80 percent over the past 40 years.

Recent research has shown that climate change could alter sea ice patterns and put future stress on krill productivity. Having long-term ocean monitoring in that region has given scientists a leg up on understanding what will come next there, and because the oceans are connected, elsewhere.

“In addition to its tremendous conservation value, the Ross Sea MPA is designed to be a natural laboratory for valuable scientific research to increase our understanding of the impact of climate change and fishing on the ocean and its resources,” Secretary of State John Kerry said in a statement following the announcement.