Antarctic Peninsula Has Cooled, but Warming Will Win

For most of the latter half of the 20th century, the Antarctic Peninsula was one of the fastest-warming places on the planet, with serious repercussions for the local environment, including the spectacular disintegration of a millennia-old ice shelf, and global sea level rise. 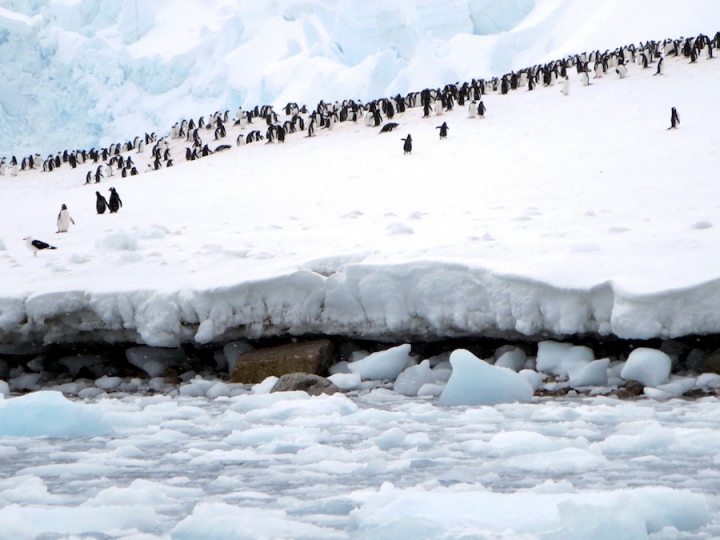 But a new study detailed Thursday in the journal Nature suggests temperatures on the peninsula have dropped slightly since the late 1990s. This relative cooling is partly driven by the recovery of the ozone hole, and is, along with the warming that preceded it, within the realm of the wild shifts in climate the region has naturally experienced in the past, they found.

The cooling is relatively minor — less than 2°F (1°C) since the 1990s — and it doesn’t negate the background warming that is happening because of the steady rise of heat-trapping greenhouse gases in the Earth’s atmosphere, the researchers said. It is simply masking it for the time being. Eventually, human-driven warming will overwhelm the influence of the ozone hole recovery and natural climate drivers, and temperatures will once again rise.

The Antarctic Peninsula is the arm of land that juts up from the continent. Between 1951 and 2000, the temperature at one weather station on its west coast rose by about 5°F (2.8°C), compared to a little more than 1°F (0.5°C) globally.

That warming was accompanied by significant decreases in sea ice, changes to plant and animal communities, and the melt of land-bound glaciers and the floating ice shelves that buttress them.

In 2002, the Larsen B ice shelf spectacularly collapsed, stunning Antarctic researchers. A 2014 study pointed to the warm air that bathed the peninsula in the preceding summers as the precipitating cause of the ice shelf’s demise.

But since the 1990s, the average temperature of the peninsula has declined by 0.9°F (0.5°C) per decade, Turner and his colleagues found when they looked at weather station data. That is about the same rate that it had warmed in the previous five decades.

There had been signs that the warming had abated, such as a slowing of the expansion of plants that linked the higher temperatures, and a smaller proportion of glaciers in retreat. Turner and his team wanted to know what was causing the relative downturn.

“Nowhere on Earth does climate change for a single reason,” he said.

The researchers found that changes in regional wind patterns — from warm-inducing westerlies to cold-bringing easterlies — were linked to both the warming and cooling periods the peninsula has undergone.

The development and then recovery of the ozone hole was a key driver, as it helped to alter those winds, as did the prevailing climate patterns in the tropical Pacific Ocean.

“The ozone hole really had a big impact, especially in the summer,” Turner said. 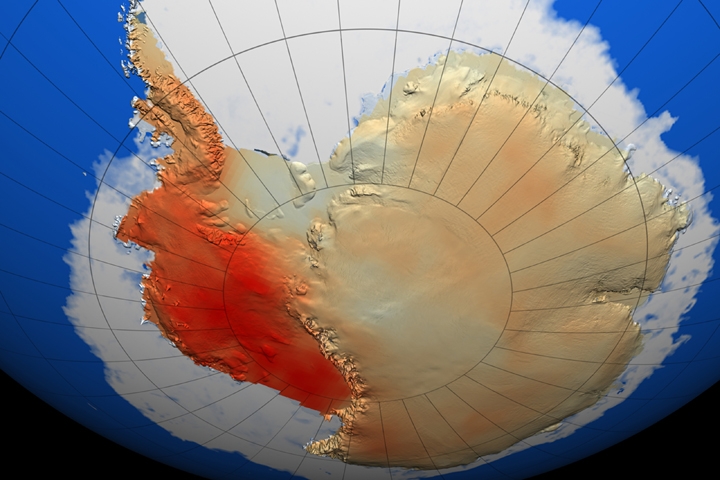 The period of warming was due to some combination of the ozone hole, greenhouse warming, and a tendency toward El Niño-like conditions in the Pacific all favoring warmer westerlies. The cooling period has happened as the ozone hole has begun to heal and the Pacific Ocean favored La Niña-like conditions, ushering in more easterlies. (Those easterly winds also blew sea ice toward the peninsula and helped to reinforce the cooling, as the ice blocked the transfer of heat from the ocean to the atmosphere.)

“This is an excellent study by some of the international leaders in Antarctic climate — what it does is provide a climate context for a trend that’s been reported in a couple of ways previously,” Ted Scambos, a glaciologist at the National Snow & Ice Data Center in Boulder, Colo., said in an email. Scambos was not involved in the study.

Warming Will Win Out

To put the warming and cooling periods into context, the team included analyses of ice core records. These cylinders of ice drilled from Antarctic glaciers can reveal temperature patterns and showed that episodes like these had occurred in the past as the result of natural variations in climate. The warming period, while unusual, wasn’t unprecedented. Nor is the cooling period.

That doesn’t mean that greenhouse gas-driven warming isn’t playing a role now, either on the peninsula or on Antarctica as a whole (of which the peninsula only makes up 1 percent). Instead, it means that the large ups and downs driven by the ozone hole and natural variability are overwhelming the long-term warming signal for the time being.

If emissions of carbon dioxide and other gases continue, that signal will eventually emerge, likely sometime in the next two to three decades, Turner said. Then the impacts — from disrupting the peninsula’s resident Adélie penguins to causing further ice melt and sea level rise — will resume.

“The effect of this cooling/flattening of the warming trend in the northern Peninsula is to put the region into a giant holding pattern,” Scambos said, “hanging right at the tipping point of further massive retreat and glacier speed-up.”

You May Also Like:
Local Efforts to Save Coral Reefs May Be Futile
First Half of 2016 Blows Away Temp Records
Warming Could Mean More Algae Blooms Like Florida’s