The ongoing collapse of a large part of the Antarctica ice sheet could devastate global food supply, drowning vast areas of crop lands across the Middle East and Asia, according to new research. 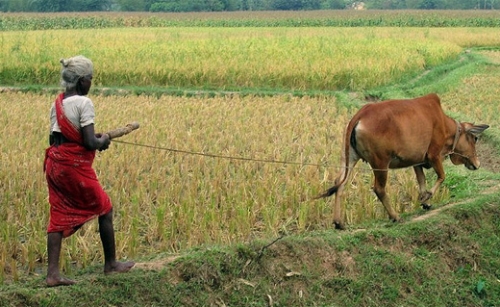 A new report urges the Obama Administration to step up research funding – especially in developing countries – to help make up a projected gap in future food supply.
Credit: janet747/flickr

The report, Advancing Global Food Supply in the Face of a Changing Climate, urges the Obama Administration to step up research funding – especially in developing countries – to help make up a projected gap in future food supply.

It also warns America's Corn Belt could face yield declines of more than 25 percent by mid-century - unless there are new advances in agriculture to compensate for hotter temperatures, changing rainfall and more aggressive weeds and pests under climate change.

The report, due to be released at a high-level conference in Washington, DC on Thursday, is the first to factor in the effects of the slow-motion collapse of the Western Antarctica ice sheet on future food security.

Two independent studies last week warned the retreat of the Western Antarctica ice sheet was unstoppable – and could lead to sea-level rise of up to 4 meters (13 feet) over the coming centuries.

Those rising seas would displace millions of people from low-lying coastal areas - and wipe out rice-growing areas across Asia, Gerald Nelson, a University of Illinois economist and author of Thurday's report, said.

“That sea-level rise would take out half of Bangladesh and mostly wipe out productive rice regions in Vietnam,” Nelson told The Guardian. “It would have a major effect on Egyptian agricultural areas.”

The projected levels of sea-level rise, due to the retreat of ice in West Antarctica, pose a far greater threat to future food supply even than that envisaged in the United Nations' IPCC report in March, Nelson said.

“A sea level rise of 3 meters (10 feet) over the next 100 years is much more likely than the IPCC thought possible,” the report said. 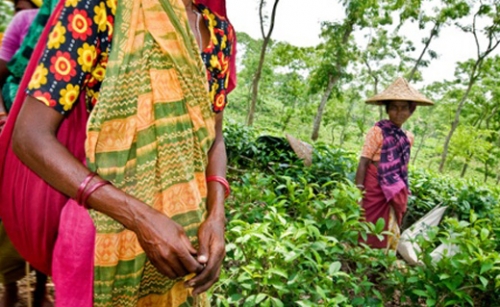 Farmland in Bangladesh are at risk of sea level rises, the food security report warns.
Credit: Alamy via The Guardian

“Agriculture is a huge world-wide industry that requires stable weather, 'or else,' and we might just be entering the 'or else' period,” Dan Glickman, agriculture secretary under Bill Clinton and a co-chairman of the conference, told The Guardian.

“The question is: 'are we doing the right kind of research at our universities, at the department of agriculture, or in the private sector to deal with those changes? We need more and more applied research to help us move those numbers up. That is the real challenge for scientists.”

The increasing agricultural yields of the last 50 years have already slowed down or plateaued – even before climate change is taken into account. By mid-century, those declines will make it increasingly difficult for farmers to maintain the increases in crop yields needed to feed a growing population.

According to some computer models included in the report, projected growth in yields in America's Corn Belt could drop by 25 percent by 2050– unless there are breakthroughs in agricultural research – because of higher temperatures, uncertain rainfall, and more aggressive weeds and pests under climate change.

“We have got to figure out how to get plants to continue performance when average temperatures go up, and we don't know how to do that,” Nelson said. “We need 60 percent more food generally, and this will make it harder to get there,” he said.