LONDON – Arctic fjords are poor places, low in marine life and muddied by glacial melt water. In the southern ocean, where everything is upside down, it’s a different story. Scientists from the University of Hawaii report that they found unexpected riches deep in the fjords of the Antarctic Peninsula. 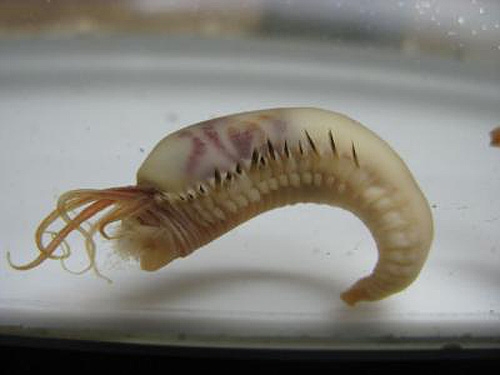 The Peninsula is one of the fastest-warming places on the planet. On land, researchers have used 150 years of moss growth as a kind of archive of change, and recorded a warming of 0.56°C per decade since the 1960s.

But researchers who photographed the sea floor found an abundance of bristle worms, sea spiders, sea cucumbers, crustaceans, jellyfish and of krill, they report in the journal PLOS One.

This is precisely what they had not expected: on the evidence of the rapidly-warming Arctic waters, these Peninsula fjords should have been much less lively.

“There appears to be something special about these fjords that stimulates sea floor productivity,” says Laura Grange, of the UK National Oceanography Center at the University of Southampton, who collaborated in the study.

Change on the Way?

“Seafloor ecosystems at the bottom of fjords rely on detritus for food, so these Antarctic fjords must be getting some sort of enhanced food input, most likely from phytoplankton blooms, micro-algal debris or even from krill – their molted carapaces or the dead bodies that sink to the bottom.”

Humpback whales forage in those waters, and their excrement, too, may fertilize life at the sea bottom. But although the fjords are rich in life, they may not stay that way. 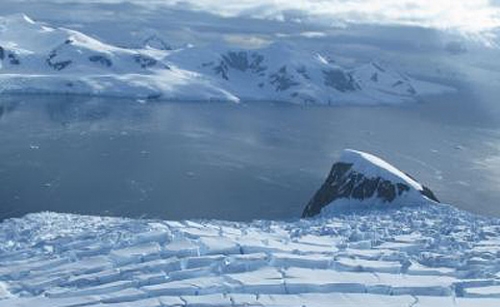 The Antarctic Peninsula is one of the fastest-warming places on the planet, according to researchers.
Credit: Craig Smith, University of Hawaii at Manoa

The Antarctic Peninsula warming is at a much earlier stage than the Arctic warming, and so far the fjords show little disturbance from glacial melting. Icebergs drift out so sea without dropping much sediment, which keeps the waters clear, and permits phytoplankton and algae to bloom. As the climate warms, these conditions could change.

“The extraordinary ecosystems, which provide habitat and foraging areas for krill and baleen whales and are hotspots of seafloor diversity, are very likely to be negatively impacted by the very rapid warming occurring along the Antarctic Peninsula”, says Craig Smith of the University of Hawaii Mānoa. The guess is that such marine communities play an important role in providing food for fish, penguins and whales.

“We urgently need to develop a better understanding of the structure, function and climate sensitivity of these fascinating and imperiled seafloor communities.”