At the International Emissions Trading Association Carbon Forum, held at Morgan Stanley headquarters in Manhattan and concurrent with the Climate Summit at the United Nations, analysts and state officials agreed that while the U.S. Environmental Protection Agency’s Clean Power Plan is not a long-term solution to climate change, it is likely to become an effective way to slash U.S. CO2 emissions from existing power plants. And it may do so in a much more cost effective way than some states fear, they said.

The Clean Power Plan, which the U.S. Environmental Protection Agency announced in June, aims to reduce CO2 emissions from fossil fuel-fired power plants by 30 percent below 2005 levels by 2030.

The plan gives each state a unique emissions reduction goal based on the efficiency of its coal-fired power plants, use of renewables, energy efficiency measures taken among the public and other factors. States can either meet the goal on their own, or work with other states to reduce emissions. The goals are likely to be met chiefly by increasing the use of natural gas and renewables to generate power.

Some states may end up over-complying with the Clean Power Plan because of declining costs of renewable energy produced in some states, particularly solar power in Western states, said Stephen Byrd, head of North American Energy Research for Morgan Stanley.

Solar and wind are likely to represent up to 20 percent of total U.S. electricity generation by 2030, while the cost of natural gas from abundant shale gas supplies spirals downward as the U.S. fracking boom roars ahead, Byrd said.

Clean Power Plan implementation is likely to be most challenging in Texas, which despite having abundant wind energy potential, is too heavily reliant on coal and its population is growing too fast to reduce power plant emissions enough to comply with the new EPA regulations, he said.

Eventually, the U.S. will fully put a price on carbon emissions, further reducing the use of coal for power generation, said U.S. Rep. Jared Huffman, D-Calif., who called carbon pricing and trading “inevitable.”

He predicted that a national carbon price of $15 per ton of CO2 would bring all states into compliance with the Clean Power Plan.

Tom Plant, senior policy advisor for the Center for the New Energy Economy at Colorado State University, said it’s possible for utilities to meet emissions targets, even when they say they can’t.

When Colorado issued its climate plan calling for 20 percent of the state’s power to come from renewable sources by 2020, utilities said they couldn’t meet the target. But they were able to meet the target, and it was increased to 30 percent, Plant said. 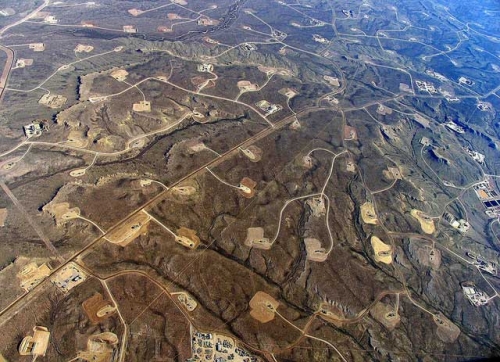 The natural gas industry should benefit from the Clean Power Plan, “but that means more fracking,” said Anthony Ianno, a Morgan Stanley analyst.

Fracking, or hydraulic fracturing, is a controversial technique energy companies use to extract crude oil and natural gas that had been previously thought too expensive to economically extract.

Like North Dakota, Pennsylvania and Texas, Plant’s home state of Colorado is experiencing a major fracking boom, and some cities there have tried to ban the technique, fueling an already rancorous state political environment.

“The fracking debate has been the shiny object that has distracted us from some of the other challenges,” Plant said. “This can be addressed through other regulations.”

Those regulations would include stricter controls on methane emissions from oil and gas wells and well casings that could contaminate groundwater if they are faulty, he said.

While Plant and Morgan Stanley analysts are optimistic about the ability for the Clean Power Plan to work, utilities say there are many problems with it, and it could be too expensive to implement.

Many of the emissions reductions outlined in the Clean Power Plan would have to occur by 2020, far too soon for the electric power industry to make necessary changes, said Bruce Braine, vice-president of American Electric Power.

“We’re urging the EPA to revise the rule substantially so we’ll be able to make reductions under the rule in a reasonable way,” Braine said.

The Clean Power Plan is expected to be finalized next year barring legal challenges. A public comment period on the plan runs through Dec. 1.