With ministers from the eight Arctic states meeting Wednesday in Kiruna, Sweden, for the 2013 ministerial meeting of the Arctic Council, the Obama administration has laid out a broad new U.S. Arctic policy that sets strategic goals for how the U.S. will cope with the rapidly changing region. The “National Strategy for the Arctic Region” features the conflicting goals of accessing some of the Arctic’s potentially abundant natural resources — such as oil, gas, and minerals — and the need to protect the once pristine environment of a region that is only becoming more accessible because of global warming. 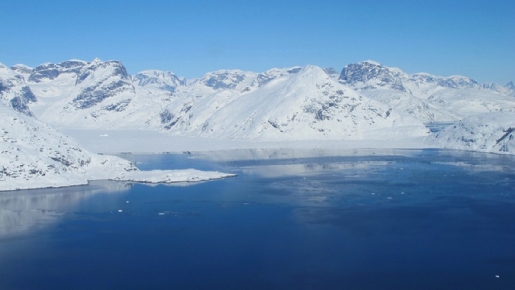 A fjord in Southeast Greenland, seen from a NASA aircraft in 2013.
Credit: NASA/Flickr.

The Arctic is one of the most rapidly warming areas on the planet, and the region’s once impenetrable sea ice cover is shrinking in area and thinning at a pace that has exceeded scientists’ most pessimistic predictions. Sea ice extent and volume reached record lows in 2012, continuing a long-term trend seen since the beginning of satellite monitoring in 1979. Studies show that most of the modern sea ice melt is most likely largely due to manmade global warming.

“The current Arctic warming trend is unlike anything previously recorded,” said a senior White House official during a press briefing on the new Arctic strategy on Friday.

The new strategy does not provide details on how policy makers intend to resolve what are starkly opposing interests.

On the one hand, the U.S., like other Arctic and even many non-Arctic states, is seeking to take advantage of new shipping routes and oil and gas reserves made accessible by the precipitous loss of sea ice. That is in line with the Obama administration’s “all of the above” energy approach. However, those activities would add more global warming pollution, which would do further harm to the Arctic environment, and they also pose the risk of oil spills and other accidents.

“We are looking to find ways to pursue these efforts in a way that looks to minimize damage to the environment,” the administration official said.

So far, attempts to drill for oil and gas in the harsh Arctic environment have proven problematic. Shell, for example, was forced to shut down their exploratory drilling operations north of Alaska after a series of widely publicized accidents that eventually drew the scrutiny of regulators.

The prospect of a seasonally ice-free Arctic — which scientists project could occur with steady regularity by the middle of the century, if not earlier — has sent countries scrambling for influence in the Far North. According to figures cited in the strategy document, the region is rich. It has approximately 13 percent of the world’s undiscovered oil and 30 percent of the world’s undiscovered gas deposits, along with vast and valuable mineral resources.

The new national strategy builds off of a brief policy directive issued by the Bush administration in 2009, and identifies three “lines of effort” on which the U.S. plans to focus. These include advancing U.S. security interests in the region, which would include adding Arctic infrastructure and capabilities, “including ice-capable platforms as needed.” 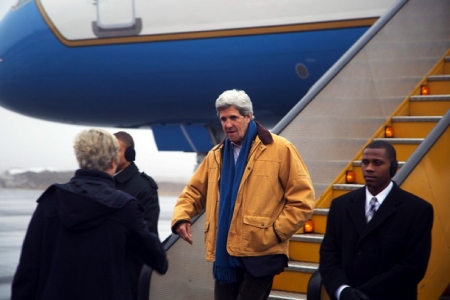 The plan does not, however, detail how to go about implementing such infrastructure investments, such as adding to the currently limited U.S. icebreaker fleet. According to the administration, that fleet is down to one active ship, one ship that is soon to complete repairs, and another vessel that is being scavenged for parts. Other countries, including Canada as well as non-Arctic states such as China, are building icebreakers and ice-resistant ships that can operate in the region year-round.

The vagueness of the document was criticized by the Arctic Institute, a think tank based in Washington. “There is no mention of specific plans to upgrade the inadequate and outdated icebreaker fleet, to build physical infrastructure such as deep-water ports, or to invest in facilities and equipment for the Coast Guard’s operations in Alaska’s northern region,” wrote Mihaela David, a fellow at the institute, in an online analysis.

“Despite a good-faith effort at articulating policy priorities and formulating mutually reinforcing objectives, the U.S. Arctic strategy remains as elusive as a mirage on the Arctic ice sheet,” David wrote. “The strategy is toothless in the absence of a comprehensive implementation strategy and long-term budgetary plan.”

The Arctic strategy also calls for the U.S. to strengthen international cooperation in the Far North, through the Arctic Council, which is a non-binding cooperative body made up of the eight Arctic states and indigenous peoples, as well by working one-on-one with other countries and the private sector. The Council is the only diplomatic forum that is solely dedicated to the entire Arctic region.

“As an Arctic nation, the United States must be proactive and disciplined in addressing changing regional conditions and in developing adaptive strategies to protect its interests,” the national strategy document states.

At the meeting in Kiruna, which U.S. Secretary of State John Kerry will attend, Arctic nations will decide whether to admit 14 applicants for observer status in the Arctic Council, including China and the European Union. The large number of applicants reflects the growing interest in the Arctic among states that don’t have any territory in the region. Observers can contribute to Arctic Council activities, but only representatives of the eight Arctic states get a vote.

Ministers will approve the Council's work plan for the next two years, when Canada will head up the group, and are expected to sign an agreement on preparing for and responding to Arctic marine oil pollution. That would be only the second legally binding agreement forged among the Arctic states, after a search-and-rescue agreement that was signed in 2011.

Kerry will be only the second Secretary of State to attend one of the Council's ministerial-level meetings. His predecessor, Hillary Clinton, became the first to do so in 2011, reflecting the growing importance of Arctic issues in U.S. diplomacy. Previously, meetings were attended by lower-level officials from the State Department.