Amazon May Lose 65 Percent of Land Biomass by 2060

LONDON — There will be no winners if agriculture made possible by widespread felling in the Amazon continues to expand, say researchers from Brazil and the U.S.

They calculate that the large-scale expansion of agriculture at the expense of the forest could entail the loss of almost two-thirds of the Amazon’s terrestrial biomass by later this century. 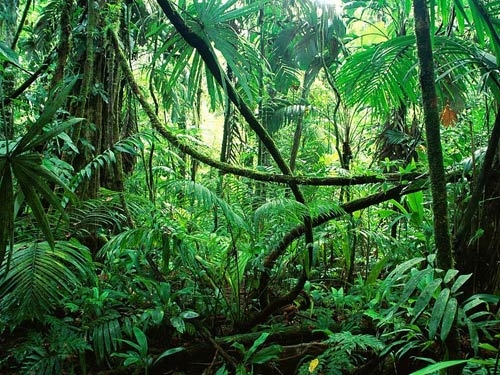 Making more land in the Amazon available for farming and ranching means felling more trees to make space – and researchers say that risks meaning that more agricultural expansion will simply mean less production, because of deforestation’s effect on the climate.
Credit: Dams999/flickr.

Their study, published in the journal Environmental Research Letters, shows that deforestation will not only reduce the capacity of the Amazon’s natural carbon sink.

It will also cause climate feedbacks that will decrease the productivity of pasture and soybeans — the reason advanced for felling the trees in the first place.

Brazil is under intense pressure to convert the Amazon forests to produce crops and provide pasture for cattle. But the forests’ natural ecosystems sustain wild food production, maintain water and other resources, regulate climate and air quality and ameliorate the impact of infectious diseases.

The researchers are from the Brazilian federal universities of Viçosa, Pampa, Minas Gerais and the Woods Hole Research Center in the U.S.

They used model simulations to assess how the agricultural yield of the Amazon would be affected under two different land-use scenarios: one, business-as-usual, where recent deforestation trends continue and new protected areas are not created; and the other a governance scenario, which assumes Brazilian environmental legislation is implemented.

They predict that by 2050 a decrease in precipitation caused by deforestation will reduce pasture productivity by 30 percent in the governance scenario and by 34 percent in the business-as-usual scenario.

They say increasing temperatures could cause a reduction in soybean yield by 24 percent in the governance scenario and by 28 percent under the business-as-usual scenario.

It is significant that the study finds relatively little difference between the outcomes of the two scenarios, perhaps suggesting that Brazil needs to tighten its environmental legislation drastically and to enforce it more effectively. 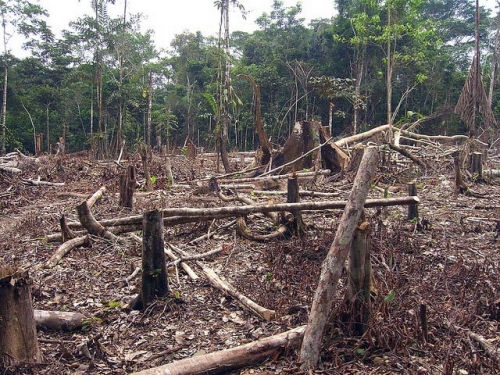 Slash and burn agriculture in The Amazon.
Credit: Threat to Democracy/flickr.

Perhaps the authors’ starkest conclusion is that a combination of the forest biomass removal itself, and the resulting climate change, which feeds back on ecosystem productivity, could result in biomass on the ground declining by up to 65% for the period 2041-2060.

And all this would achieve little or nothing in terms of food production. The researchers write: “…total agricultural output may either increase much less than expected proportional to the potential expansion in agricultural area, or even decrease, as a consequence of climate feedbacks from changes in land use.

“These climate feedbacks, usually ignored in previous studies, impose a reduction in precipitation that would lead agricultural expansion in Amazonia to become self-defeating: the more agriculture expands, the less productive it becomes.”

The lead author of the study, Dr. Leydimere Oliveira, said: “We were initially interested in quantifying the environmental services provided by the Amazon and their replacement by agricultural output.

“We expected to see some kind of compensation or off-put, but it was a surprise to us that high levels of deforestation could be a no-win scenario — the loss of environmental services from the deforestation may not be offset by an increase in agricultural production.”

The study shows that the effects of deforestation will be felt most in the eastern Pará and northern Maranhão regions. Here the local precipitation appears to depend strongly on the forests, and changes in land cover would drastically affect the local climate, possibly to the point where agriculture became unviable.

“There may be a limit to the expansion of agriculture in Amazonia. Below this limit, there are not important economic consequences”, said Dr Oliveira.

“Beyond this limit, the feedbacks that we demonstrated start to introduce significant losses in agricultural production.”