Filling in Some Blanks to ‘All of the Above’ Energy Policy

When President Obama released his Climate Action Plan in late June, it started to provide clarity on what’s been deemed an “all of the above” energy production strategy for the U.S. However, the plan was short on specifics. At a talk at Columbia University on Monday, Energy Secretary Ernest Moniz provided some of those specifics and expanded on other ways the federal government plans to approach energy production and use.

All of the above has been a common mantra in energy politics for years. Republicans believe they coined it in 2000. The phrase gained popularity on the campaign trail during the 2012 presidential election, though, with Obama using it to tout his energy plan. Previous uses fell mostly down party lines and values. 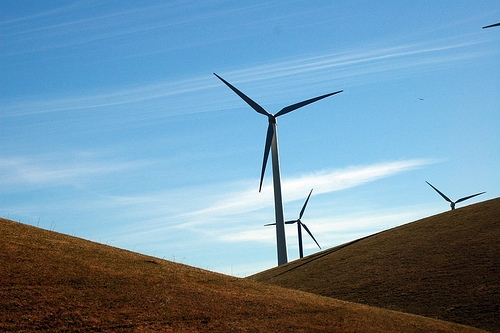 “For 40 years, Democrats would pick renewables, Republicans would pick oil,” said Michael Webber, Deputy Director at the University of Texas Energy Institute. Webber cautioned that done wrong, this approach could do more harm than good. “If all of the above doesn’t have standards, then we get more of the same,” he said.

However, he sees the Climate Action Plan and the approach it contains in a good light. “It’s a break with almost 40 years of energy policy,” he said. “Obama’s saying let’s not pick, let’s focus on them all, everybody gets a helping hand.”

Moniz echoed that thought on Monday, saying, “All of the above means we will invest in technology so all our energy sources can be marketplace competitors in a low carbon economy.”

The approach the Administration is taking stems from practicality as much as it does revolutionary thinking. The Climate Action Plan itself is a product of both novel rethinking of executive powers to address climate change and the gridlock that has prevented Congress from passing any law that does so.

Meanwhile, reducing fossil fuel emissions will be crucial to limiting the impacts of climate change, but, Moniz noted, roughly 80 percent of energy generated in the U.S. currently comes from fossil fuel sources.The amount of energy generated by coal in the U.S. peaked in 2007. However, coal is still the most-used energy source, accounting for 37 percent of all American energy production in 2012.

At the same time, coal is the most carbon intensive fossil fuel to burn. A proposal by the Energy Department would provide $8 billion on loans to produce “clean fossil fuels.” For coal, that means investing in carbon capture and storage (CCS) technology, which captures carbon dioxide emitted from burning coal at the source and injects it underground.

Some see CCS as a crucial piece of the puzzle to reduce emissions but one that is behind schedule. “ I don’t see any way we can address the climate issue without CCS,” said Eileen Claussen, President of C2ES, a nonpartisan climate and energy think tank. “I also think we’ve lost a huge amount of time. We’re way behind where we ought to be.” One of the biggest setbacks Claussen noted was FutureGen, a Energy Department-funded CCS project in Illinois that has run afoul of cost overruns, delays, and a scaling back of emission reduction promises since it was first touted in 2003. 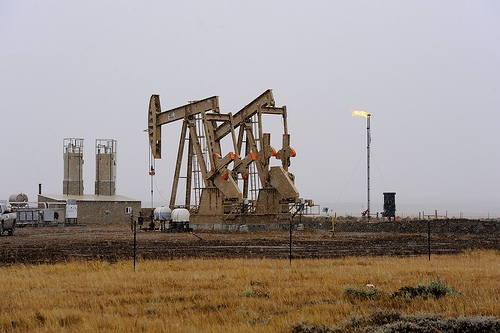 Another conflicted fuel source that is part of the approach Moniz outlined is oil. The U.S. has increased oil production dramatically over the past five years, helping drop oil imports to record lows. “There are big economic benefits but it’s not good for carbon emissions,” Moniz said.

Renewables have also boomed over a similar period, offering some hope. Wind energy has been the fastest growing source of any type of energy generation from 2008 to 2012, according to Moniz. Over that time period, the cost of energy generated from wind has become competitive with coal. However, it still accounts for less than 4 percent of overall electricity generation in the U.S. due to its intermittent nature and the limitations of the country’s energy grid. Solar faces similar challenges.

“The reality is in the energy business, it’s extremely hard to see very, very rapid changes in the deployment,” Moniz said. “We have to be practical, pragmatic, and totally committed to reducing greenhouse gas emissions to the extent we can.”

A number of environmental groups and academics have lauded the renewable energy part of the administration's approach. However, some have been less supportive of including fossil fuels such as coal and gas under the banner, fearing it will slow efforts to make meaningful emissions cuts and reduce the impacts of climate change.

Some also view Moniz warily because of his pro natural gas positions. He has called natural gas a “bridge fuel to a low-carbon economy.” Several environmental and progressive political groups wrote a letter opposing Moniz’s nomination to head the Energy Department back in February for these reasons.

Beyond All of the Above

Smaller programs aimed at improving the efficiency in household and commercial appliances not covered by the Energy Star program could also offer big returns in the form of lower emissions and economic savings through regulations and incentives. Moniz cited a 2001 National Academy of Sciences report that found an Energy Department investment of $7 billion in 17 energy efficiency research and development programs from 1978 to 2000 yielded $30 billion in economic returns and savings over that time.

The final component of a broader all of the above strategy is not just focusing on sources but also the ways in which electricity is generated. Earlier in the day, Moniz was in New Jersey to announce a $1 million grant to help New Jersey Transit explore the potential of developing a microgrid that would help trains stay in service if the power goes out as it did in the wake of Sandy.

Though energy is often associated with mitigating climate change, Moniz noted that Sandy stirred up a broader discussion of resilience for energy systems. “The effects on energy infrastructure were amplified by the interrelation with other infrastructure,” Moniz said. “We have to help this rebuilding in a smart way, in a way that preps the energy infrastructure not for the last storm, but the next storm.”

Related Content
Geology Matters When it Comes to Storing Carbon
Breaking Down the Key Features of Obama's Climate Action Plan
EIA's Most Important Insights About Our Energy Future
Campaign for Climate Resilience Spreads Across U.S.