The Fort McMurray wildfire, driven by drought and climate change, was the costliest natural disaster in Canadian history, ringing up $3.58 billion in losses, according to the Insurance Bureau of Canada.

The wildfire, which ignited May 1 in eastern Alberta and was brought under control on July 5, forced Canada’s largest-ever evacuation. It scorched more than 1.4 million acres and destroyed 2,400 homes and other buildings in and around Fort McMurray, the hub of Canada’s oil sands industry. 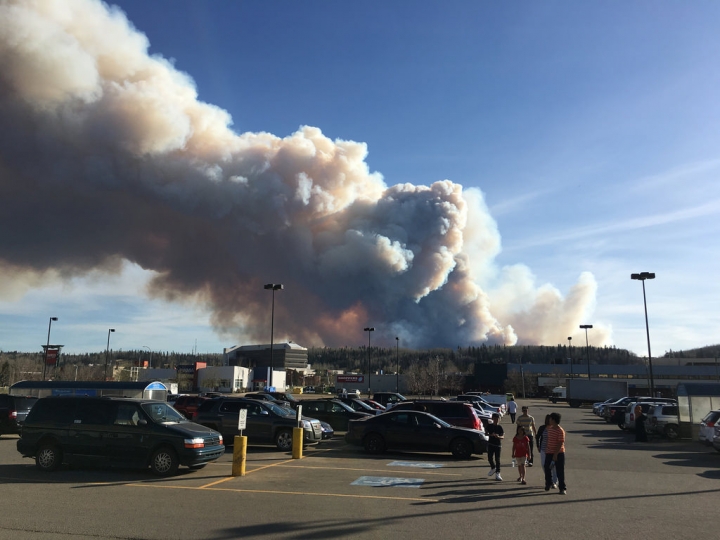 The Fort McMurray wildfire in Canada, shortly after the blaze ignited on May 1.
Credit: jasonwoodhead23/flickr

“This wildfire, and the damage it caused, is more alarming evidence that extreme weather events have increased in both frequency and severity in Canada,” IBC President Don Forgeron said in a statement on Thursday. “We must build a more resilient country to better protect those affected by the very real impacts of our changing climate.”

Climate change is considered a contributing factor to the Fort McMurray wildfire, which was sparked during a long and early period of high temperatures in Alberta. Temperatures in early May soared to the low 90s — up to 40 degrees above normal for the season. High winds helped spread the flames through the region’s boreal forests, which had seen only a paltry snowpack during an unusually dry winter.

The world’s boreal forests are burning at a rate unprecedented in the last 10,000 years as temperatures warm.

“We can’t point to a single cause of one particular fire, but we can say that large fires like the Fort McMurray fire are consistent with climate change,” said Loretta Mickley, co-leader of the Atmospheric Chemistry Modeling Group at Harvard University.

The Fort McMurray fire and the high temperatures in which it occurred are an indicator of what’s to come as the climate changes because rising temperatures dry out forests, allowing fires to grow larger over time.

“The availability of dry fuel in the future due to high temperatures will increase the size of fires,” Mickely said. “The higher the temperature, the drier the fuel, the more readily it will burn, the greater the fire.”

You May Also Like:
Climate Impacts From Farming Are Getting Worse
The Weird Weather That Entrenched California’s Drought
May Marks One More Record Hot Month for the World
Recent Deluge in France Boosted By Warming