The Agonizing Wait For Trump to Speak on Climate Policy

Scientists, analysts, activists and world leaders on Monday were anxiously waiting to learn how President-elect Donald Trump plans to reshape climate policy following a campaign in which he dismissed the global warming crisis — with America’s own climate negotiators being left in the dark.

Trump publicly warned of the dangers of climate change before running for president; then he angrily dismissed climate change as a “hoax” on the campaign trail. His presidency threatens to end American leadership on climate at the United Nations at a pivotal moment for the planet. 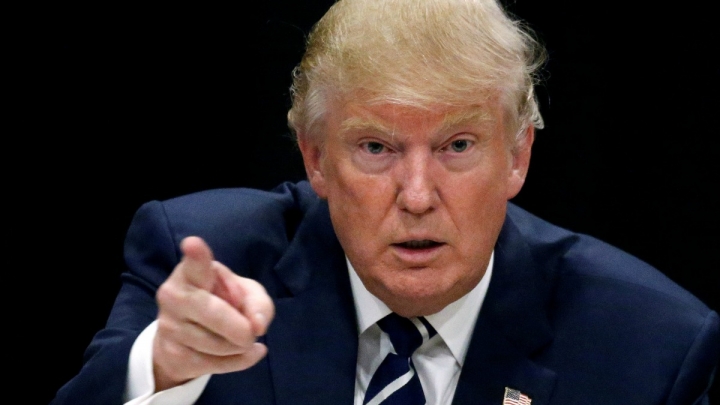 Despite Trump’s campaign rhetoric, President Obama’s top climate negotiator optimistically said Monday during a press conference at U.N. climate talks in Marrakesh that he expects America and the rest of the world to keep fighting climate change. But he acknowledged he has had no contact with Trump’s transition team.

“I cannot speak for the president-elect’s team or to their outlook on international climate policy,” U.S. climate change envoy Jonathan Pershing said. “We’ll have to wait and see.”

This year will be the third in a row to break a global heat record. Disasters linked to rising temperatures spurred governments to unite in Paris a year ago around a new climate pact, which aims to limit greenhouse gas pollution released in the 2020s. Pledges from China and the U.S., which are the two biggest greenhouse gas polluters, had been crucial to that deal.

Pershing on Monday created the impression of a team of negotiators that’s persevering with a businesslike approach during an important round of talks, despite uncertainty caused by Trump’s election. Officials from other nations have been vowing to continue their efforts to slow global warming, even if Trump walks America away from the new pact.

“Heads of state can and will change,” Pershing said. “I am confident that we can and we will sustain a durable international effort to counter climate change.”

The future of global climate policy has always been unpredictable. Right now, it’s even more so. Pledges made under the U.N.’s Paris climate agreement are nonbinding and Trump may show little interest in living up to the pollution-cutting promises of the Obama Administration, even as global temperatures rise.

The potential loss of American climate leadership on the world stage has left negotiators in Marrakesh shaken.

“Some people are depressed,” said Robert Stavins, a Harvard professor who is attending the talks. “Others are in denial. Not climate denial — but Trump denial.” 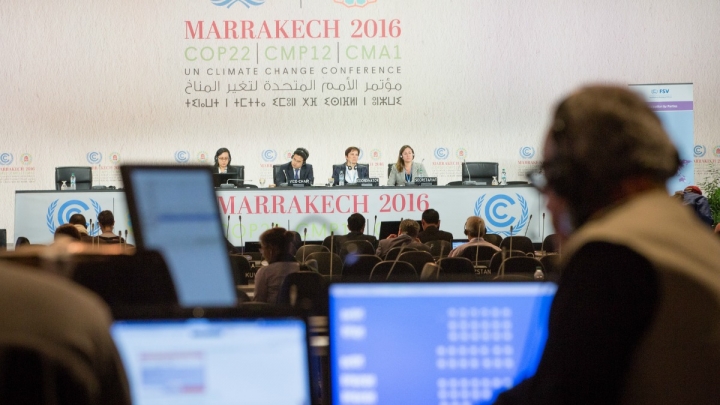 China and other countries have implored Trump to not abandon America’s commitments on climate change. If America does walk away, a French presidential candidate has begun pushing for Europe to launch a trade war.

At the talks in Marrakesh, diplomats from around the world have continued to negotiate while trying to ignore the upheaval in America.

“What we’ve seen here is a really workmanlike attitude,” said Rachel Cleetus, a climate policy manager for the Union of Concerned Scientists. “Now that Trump is the president-elect, I think people are waiting and giving him a chance to explain his positions.”

Climate change and energy policies were barely discussed during the presidential campaign, or during any of the three presidential debates. Climate change questions were also missing from Trump’s first television interview as president-elect over the weekend.

During an interview broadcast Sunday on 60 Minutes, Trump moved to back away from some of his most hardline positions on migration and health-care reform (while still vowing to deport millions of people), but maintained his opposition to abortion. All of which left experts guessing as to how his views on climate policy may evolve.

Environmental groups and world leaders alike are scrambling to convince Trump of the economic benefits of climate action in hopes that he will embrace clean energy over fossil fuels.

Clean energy prices have tumbled in recent years, and solar and wind power reduce healthcare costs and will ease the dizzying costs of adapting to a changing climate. But Trump has been steadfast in embracing coal energy and other climate changing fossil fuels.

The green groups are also bracing to fight Trump, pointing to long lists of victories from an 8-year war they waged against the environmental policies of President George W. Bush.

So far, signs for the climate and the planet’s future under a Trump presidency have been ominous.

If Trump and Republicans in Congress can unify on energy policy, they may strive to revise or eliminate pollution regulations affecting everything from mileage in new cars to pollution from power plants.

Trump will also single-handedly have the power to withdraw the U.S. from global climate talks and agreements following years of leadership by President Obama.

“Governments here are saying that the Paris agreement is bigger than any one country and that they will move forward regardless of U.S. involvement,” said Harjeet Singh, global lead on climate change for the nonprofit ActionAid, who is in Marrakesh. “But everyone is anxious as to what role the U.S. will play in the future.”