Editor's Note: An earlier version of this story listed only nine of the ten ingredients. We belatedly added the final spice—which was putting an end to deforestation.

We’re baking the world; on track to raise global temperatures by more than 7°F by burning fuels, raising livestock, bulldozing forests, and allowing cities to sprawl as they grow. Pulling the planet out of the costly slow-cooker of old-fashioned traditions in time to avoid the worst of global warming might not be easy. But doing so would make the world a richer place.

That was the message in The New Climate Economy Report, a 72-page paper produced by an international panel of leading economists, world leaders and corporate executives during the past year. 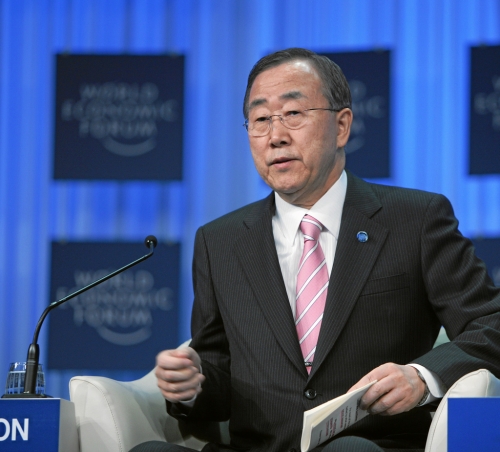 “We need a structural transformation in the global economy,” Ban Ki-moon, Secretary General of the United Nations, said Tuesday as the report was released at the organization’s headquarters in New York. The report was published a week ahead of a U.N. Climate Summit that Ki-moon hopes will propel global climate treaty negotiations. “This report argues for a new order, where economic growth and climate action are mutually enforcing.”

The 24-person Global Commission on the Economy and Climate, which wrote the report with the help of an economics advisory panel, estimated that $6 trillion will be spent annually during the next 15 years on energy, water, transportation and urban infrastructure as populations grow and countries develop.

The commission found that reimagining how that $90 trillion is spent, and topping it up with an extra $270 billion per year, would be enough to get the planet on track to meet the internationally agreed-upon goal of capping warming at 3.6°F — while boosting global economies. Those extra capital costs “would largely be offset” by reduced operating costs associated with such things as reduced fuel costs and energy efficiency savings, the report says.

Mark Jacobson, a Stanford University engineering professor who specializes in energy systems, wasn’t surprised by the conclusions of the report’s authors. “I think they’re probably jumping on the bandwagon,” he said.

In 2009, Jacobson helped write a Scientific American article, the main findings of which were later published in a peer-reviewed paper, that concluded it would cost about $100 trillion over 20 years to wean the world entirely off fossil fuels. Since then, he has been focused on producing U.S.- and state-specific plans.

Here is the commission’s climate-stabilizing recipe, which it called a 10-point Global Action Plan: 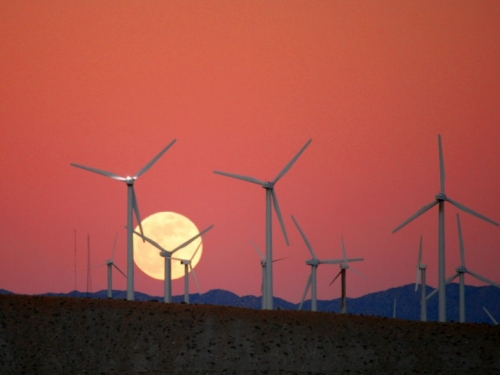 Ingredient: A strong and equitable climate deal
Directions: A major international climate agreement is due to be struck at meetings in Paris late next year. If countries around the globe commit to clear and ambitious greenhouse gas emission reduction targets or actions under that deal, investor confidence needed to fund clean energy and climate action could follow.

Ingredient: An end to environment-harming subsidies
Directions: Global fossil fuel subsidies are estimated to be worth $600 billion a year, which the report says is six times the subsidies and incentives provided to clean energy. The report urges governments to develop comprehensive plans for phasing out these and other counterproductive subsidies.

Ingredient: Cheaper low-carbon infrastructure
Directions: Donors and banks can end financing for polluting and climate-changing projects, instead using funds that they manage to support cleaner alternatives.

Ingredient: Low-carbon innovation
Directions: Spending could be boosted on energy-related research and development. New businesses could be incubated and emerging business models could be better supported.

Ingredient: Compact cities
Directions: Revenues needed to finance more compact and energy efficient urban growth could be increased. That could be through the introduction and expansion of traffic and parking fees and land development taxes.

Ingredient: An end to deforestation by 2030.
Directions: Companies could commit to ending the use of products that come from natural forests; forested countries could improve governance and forest-protecting rules; and rich countries could boost their financial support for a global program that protects forests.

Ingredient: Pour cold water for coal
Directions: Phase out coal-burning power plants and only allow the construction of new facilities if alternatives are truly unfeasible.