7 Things To Know About the EPA’s Methane Limits

The Obama Administration’s Climate Action Plan featured three major measures to tackle climate change: Reduce U.S. greenhouse gas emissions, prepare the nation for the effects of climate change and work with other countries to address global warming. Calling for sweeping reductions in methane emissions from the oil and gas industry, the Obama administration announced the next step in making good on the Climate Action Plan on Jan. 14.

The oil and gas industry is a major source of methane emissions, and calling for regulations placing caps on them is the administration’s biggest effort to reduce greenhouse gas emissions from the industry. Here are seven things to know about the proposed regulations: 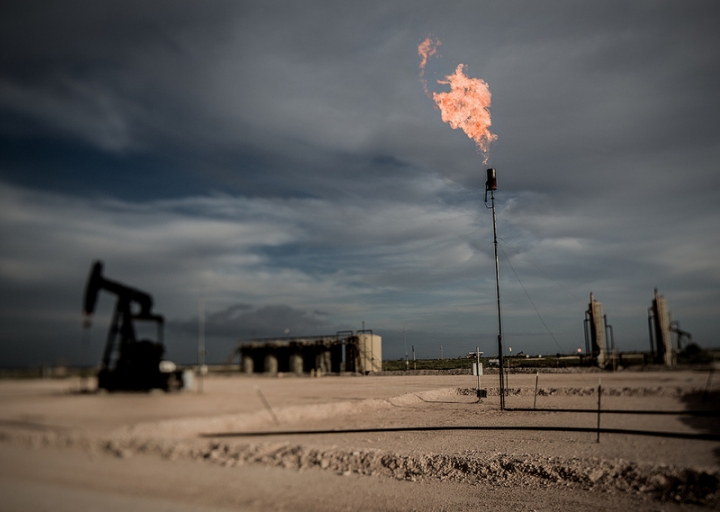 Gas flaring from an oil and gas well in New Mexico.
Credit: Blake.Thornberry/flickr

The EPA has announced only its intentions to use the Clean Air Act to create a regulation that will limit methane emissions from new oil and gas wells and machinery. Agency officials say they want to reduce 2012 levels of methane emissions from crude oil and natural gas wells and machinery by up to 45 percent by 2025, possibly preventing 180 billion cubic feet of natural gas from escaping into the atmosphere — roughly enough gas to heat about 2 million homes.

The details about how those goals may be achieved are sparse and the EPA hasn’t published any specific proposal, but agency officials say it will use a series of technical white papers it published last year as the basis for capping emissions in the rule.

The rule has to be formally made public and published in the Federal Register. Before it takes effect, the public gets a chance to officially voice its opinion. None of that has happened. No actual rule exists yet. The EPA says the methane limits and their details will be unveiled this summer, and it could be finalized in 2016.

The Obama administration has until the end of 2016 to finalize any climate change-related regulations before the end of the current presidential term. New federal regulations often take well over a year to go from formal proposal to actually taking effect. Legal action can delay them even more. And, with the Paris international climate negotiations scheduled for December, the Obama administration has limited time to show progress being made on its climate goals.

Dan Utech, Special Assistant to the President for Energy and Climate Change, told reporters Wednesday that the oil and gas methane limits will make progress toward the administration’s Beijing climate pact goal of reducing greenhouse gas emissions up to 28 percent below 2005 levels by 2025.

The EPA says the oil and gas industry’s methane, a greenhouse gas about 35 times as potent as carbon dioxide over the course of a century, represents about 29 percent of all the nation’s methane emissions. Other sources are livestock raising, landfills, coal mining and other sources.

The EPA says total U.S. methane emissions from oil and gas are down 16 percent since 1990, but are expected to rise 25 percent over the next decade as high shale oil and gas production in the U.S. is expected to continue.

A Lot of Methane Emissions Get Missed

The EPA’s official tally of methane emissions from oil and gas doesn’t actually count all the industry’s emissions because not all of them are required to be reported. The EPA has just proposed a different rule that will start to change that, possibly requiring energy companies to report to the EPA all greenhouse gas emissions from fracking.

Numerous studies have established that an unknown but potentially large amount of methane leakage is a problem in U.S. crude oil and natural gas fields. For example, a study published in 2014 by researchers at Purdue and Cornell universities showed that natural gas drilling could emit up to 1,000 times more methane than previously thought.

Only New Oil and Gas Wells Will Be Regulated

Most growth in methane emissions over the next decade is expected from new oil and gas wells, so EPA Acting Assistant Administrator Janet McCabe told reporters that it makes the most sense for the agency to curb those emissions first.

The regulation won’t likely address existing wells, so McCabe said the EPA will rely on a 2012 rule limiting volatile organic compounds, or VOCs, from oil and gas wells. Controlling those compounds emitting from oil and gas wells, such as benzene, toluene and others that affect air quality, also helps reduce methane.

The EPA is also calling on industry and states to voluntarily cut methane emissions from existing wells.

Other Federal Agencies Will Try to Control Methane, Too

The U.S. Bureau of Land Management, which manages 247 million acres of federal public lands in the West, is updating its standards to reduce oil and gas well venting and leaks on public lands.

EPA officials say the Obama administration’s proposed 2016 budget will also include $25 million for the U.S. Department of Energy to develop technology to help the EPA count greenhouse gas emissions and reduce natural gas emissions. That budget has to pass Congress’ muster before being finalized.

Response to the EPA Plan Has Been Mixed, But Generally Supportive

Jayni Hein, policy director at the Institute for Policy Integrity at the New York University School of Law, said that the methane limits are “common sense action,” but are “incremental progress.” She said the EPA isn’t doing enough to regulate methane emissions from existing oil and gas wells, and it shouldn’t rely on the oil and gas industry to voluntarily regulate its own emissions. 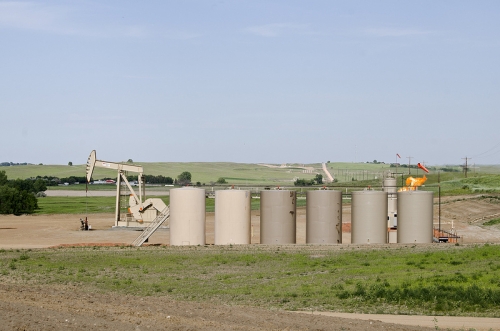 Bob Perciasepe, president for the Center for Climate and Energy Solutions, formerly the Pew Center on Global Change, said in a statement the methane limits are critical to meeting the administration’s climate goals and that the oil and gas industry is already using new technology to cut emissions voluntarily.

Alan Krupnick, co-director of Resources for the Future’s Center for Energy and Climate Economics, said in a statement that the EPA’s intention to regulate methane from existing wells using the 2012 VOC rule is a “reasonable” start, but that rule doesn’t apply to many rural areas of the West.

The Environmental Defense Fund called the methane limits a “landmark” announcement and its 45 percent emissions reduction goal is achievable, but it shouldn’t rely on industry to act voluntarily.

“It is naive to think an industry with many thousands of companies would be able to police itself,” EDF Vice-President Mark Brownstein, said in a statement. “A basic set of regulations are absolutely necessary to assure the public that all companies will play by the same set of rules.”