Renewable energy, including wind and solar, are major parts of the federal government’s plan to cut greenhouse gas emissions from electric power plants — the primary driver of climate change. 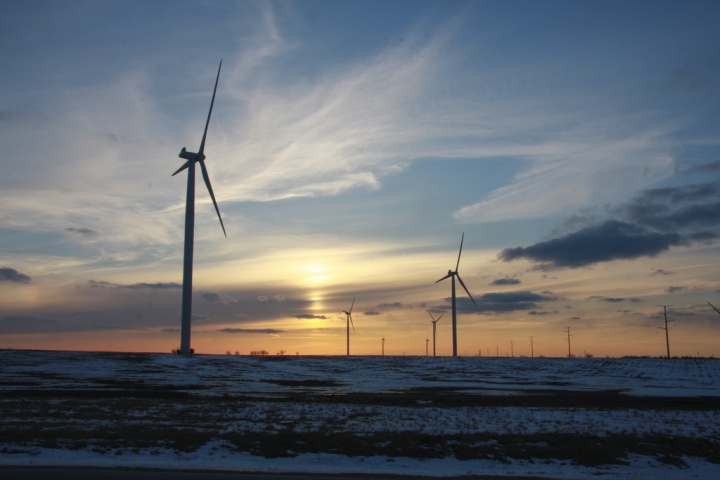 About 4.5 percent of U.S. electricity comes from wind turbines. The Department of Energy hopes wind could supply as much as 35 percent of the nation’s power by 2050. Since 2008, wind power in the U.S. has grown from 16.7 gigawatts to about 70 gigawatts today.

Growth in wind power slowed in recent years after Congress allowed a tax credit for wind power production to expire in 2013. The U.S. hit 60 gigawatts of wind power in 2012, when developers were racing to build new wind farms in order to take advantage of the tax credit. The boom created a wind power development rush that boosted U.S. wind power capacity beyond both the 50 gigawatt and 60 gigawatt milestones in the same year.

This month, Congress extended the wind production tax credit through 2019. The American Wind Energy Association expects the extension, along with a 66 percent drop in the cost of producing wind power since 2009, to spark another boom.

“Our industry will get a break from the repeated boom-bust cycles that we’ve had to weather for two decades of uncertain tax policies,” AWEA CEO Tom Kiernan said in a statement. “This plan will drive more development, and near-term prospects look strong especially as utilities, major end-use customers and municipalities seek more low cost emissions-free renewable energy.”