The 2014 Atlantic hurricane season officially kicks off on Sunday, June 1, and runs through November 30. There are countless resources to keep track of tropical storms and hurricanes as they form and plow across the ocean, but here are five great ones that will help not only track individual storms but get a sense of how the season is progressing and put it in an historical context. 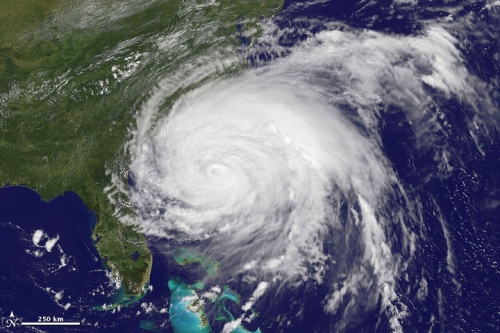 The grandaddy of all tropical cyclone resources, the National Hurricane Center (NHC) has a number of excellent ways to stay up-to-date. Their website provides a quick snapshot of the state of the tropics including maps, preparedness tips, and forecast and outlook discussions. Their Twitter feed for the Atlantic basin also provides regular updates if you want hurricane news mixed in with your cat photos and Kimye updates. The NHC also started maintaining a blog this year, fittingly called the Inside the Eye. Though there's only one post now, it promises to include expert takes on tropical storms and other topics such as how to interpret forecasts.

While wind speed is what goes into determining the strength rating of a hurricane, storm surge tends to cause the most damage and loss of life. To keep the public in the know about the threat of storm surge, the NHC also has a newer Twitter feed that will provide surge forecasts and other updates.

If you’re a brightly-colored GIF fan, bookmark the Cooperative Institute for Meteorological Satellite Studies. They keep a regularly-updated blog as well as current and archived views of storms from satellites circling above the Earth. Among their products are actual and infrared animations of storms, maps of windfields, and storm tracks. 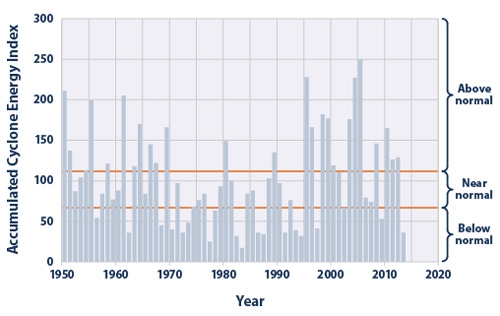 Peak wind speed gets a lot attention for individual storms, but Accumulated Cyclone Energy (ACE) puts the intensity of the overall season into focus. ACE is a measure of wind energy over the life of a tropical storm, and measurements from individual storms can be added up to put a season in better context than just the number of storms formed.

WeatherBell Analytics keeps a running tally of ACE in the Atlantic as well as other tropical cyclone basins around the globe along with comparisons to the long term average. Last year’s quiet season had the 10th-lowest ACE on record, but three of the years with the highest ACE have occurred since 2000, including the most intense year on record, 2005.

#Sandy is on final approach into the Jersey shore. Now at a RECORD tying ALL-TIME LOW PRESSURE (946mb) the worst is yet to come for #NYC

While the Weather Channel has been dinged recently for airing a few too many reality shows, they provide easily-accessible hurricane information. It also helps that they have on-the-ground meteorologists, notably Jim Cantore, who travels to areas in the path of storms and provides regular on-air and Twitter updates about how things are looking, along with the obligatory “standing in the wind and rain” shots. 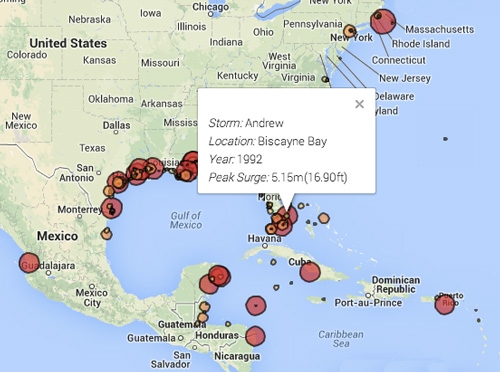 A screenshot of SURGE-DAT, a database of historical storm surges

SURGE-DAT, a storm surge database maintained by Southern Climate Impacts Planning Program, isn't a “live” resource per se, but it does show important historical information about storm surge in the Atlantic and other tropical basins. Maps are readily available to compare surges from different storms and the peak storm surge data is also available to generate your own. Hal Needham, a hurricane research who runs the site, also maintains a blog that examines certain storms in-depth.

You May Also Like
CO2 Monitoring Could Be “Space-Based” in Future
Rains Slightly Ease Southern Plains Drought
Big Waves Bust Up Sea Ice, May Be Playing Role in Melt
The Navajo Nation’s Shifting Sands of Climate Change