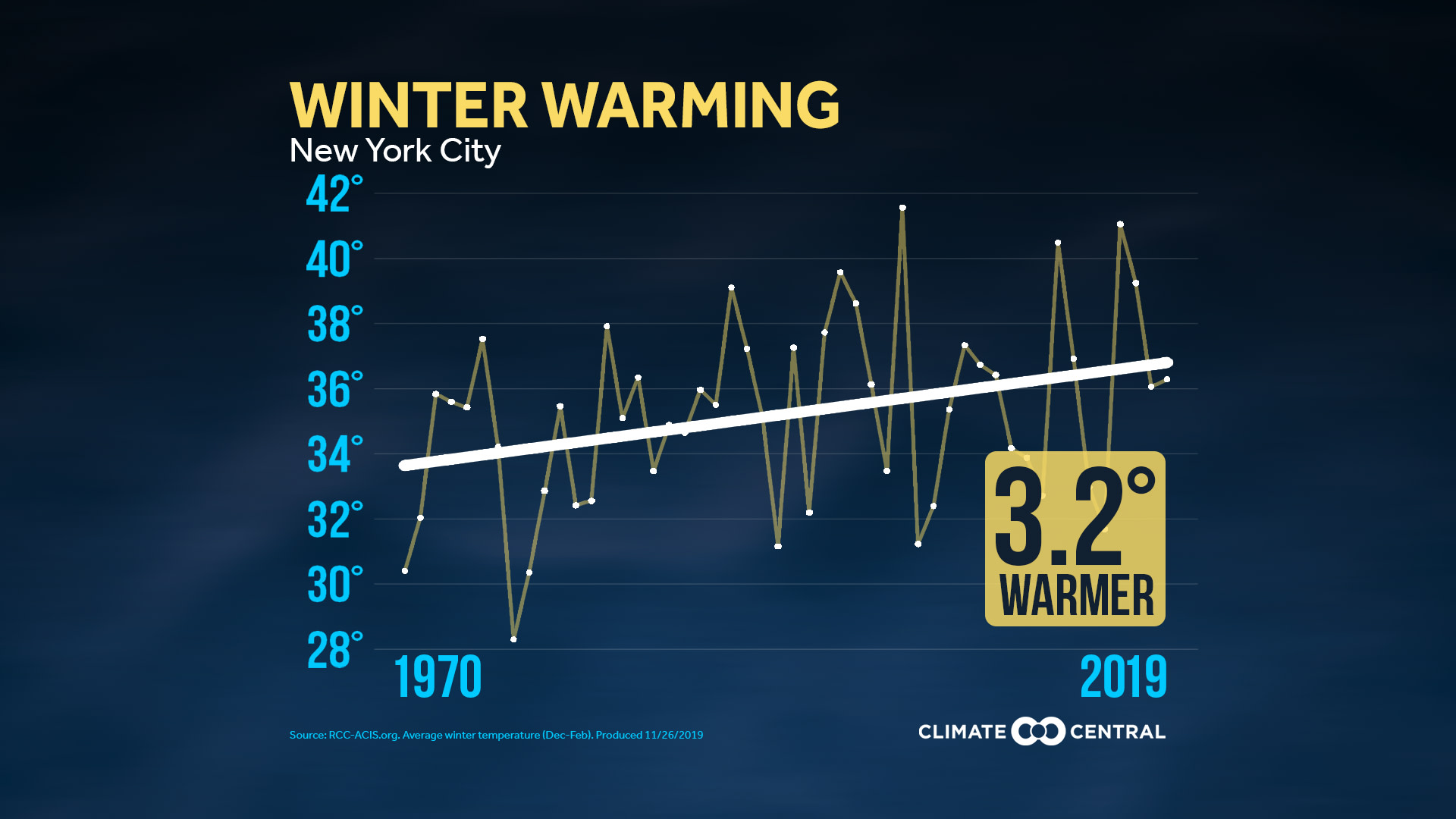 Even though there will still be rounds of cold weather during winter,  and occasional record cold, long-term temperature trends show that winters are warming across the U.S. In fact, for much of the country, winter is the fastest warming season. In the Northeast, for example, winter has warmed three times faster than summer.

This week’s analysis of average winter temperatures finds that winter in the contiguous U.S. has warmed by an average of nearly 3°F over the past half century. Of the 242 stations analyzed, 79% (190) have warmed by at least 2°F since 1970. Only seven stations have cooled in this time period. The top five cities showing the most winter warming are all in the northern U.S.—led by Burlington, Vt. (6.8°F), Concord, N.H. (5.6°F) and Milwaukee, Wis. (5.5°F).

Although warmer winters may sound nice to some (especially those living in colder states), they come with consequences. A 2017 study projected that warming could cause winter recreation to shrink by up to 50% by 2050, resulting in tens of millions of forgone visits each year. This would be a significant blow to the local communities who depend on winter tourism dollars. In the 2015-16 season, skiing and snowmobiling alone generated $11.3 billion nationally and supported over 191,000 jobs.

Winter cold isn’t just important for recreation—production of fruits (such as apples, cherries and peaches) contribute $4 billion annually to the U.S. economy and rely on a period of winter chilling. Warmer winters also threaten to interfere with other natural rhythms—allowing crop pests to persist for longer and mistiming animal migration.

We, here at Climate Central, are thankful for you and your partnership in covering climate change. Here are some previously released Climate Matters to help tell more Thanksgiving stories: