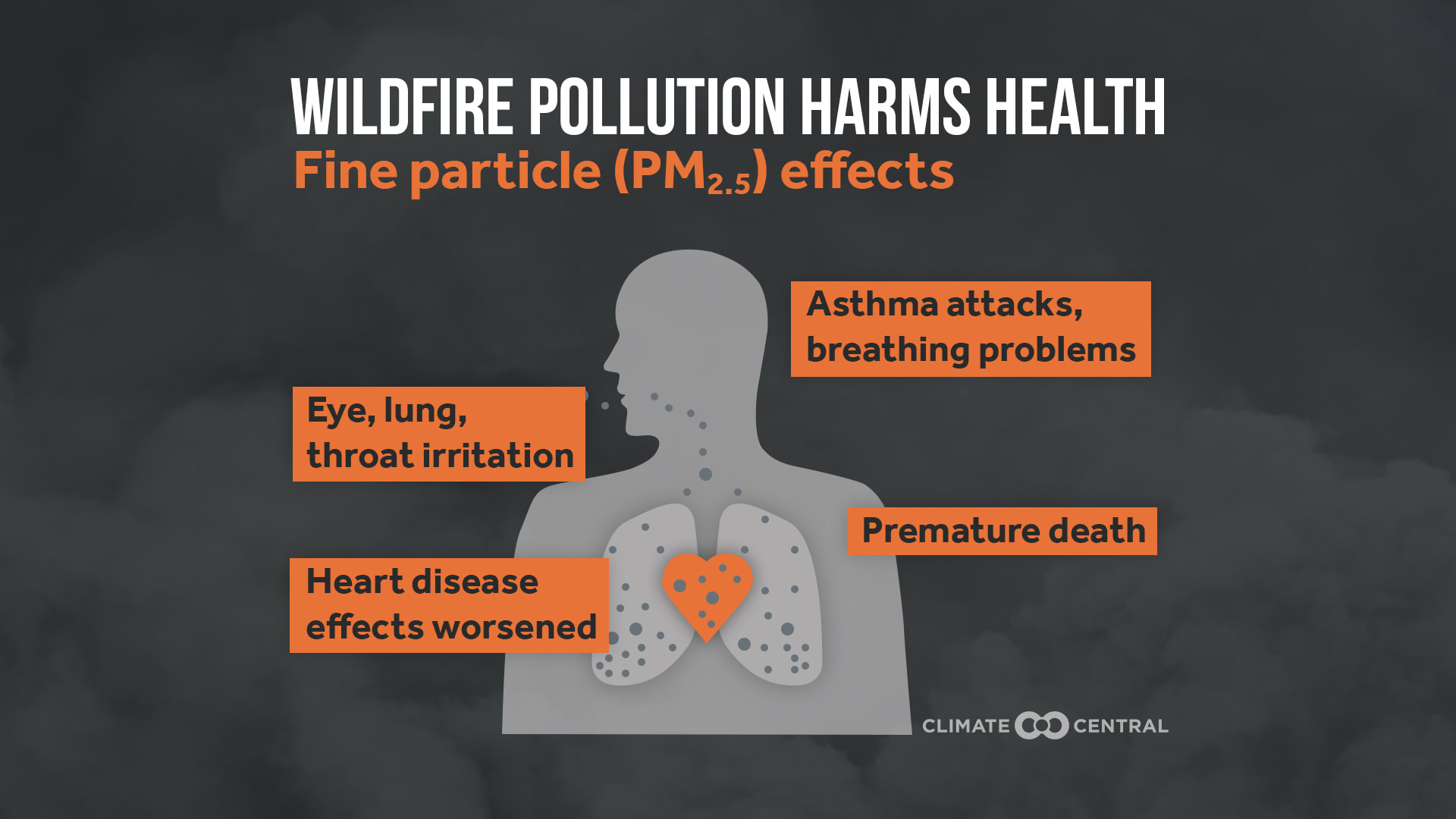 Warming temperatures combined with drought conditions are major factors for the increase in wildfires, and both are linked to anthropogenic climate change. Compared with the 1970s, the annual average western U.S. wildfire season is now 105 days longer, has three times as many large fires (larger than 1000 acres), and sees more than six times as many acres burned. Wildfire seasons are projected to become worse due to climate change, expanding in length and increasing the number of large fires and acreage that burns each year.

An analysis centered on California’s Central Valley, which is geographically susceptible to air pollution, indicated an overall improvement in air quality between 2000 and 2016. However, even as industrial and transportation emissions are dropping, there is a concurrent rise in particulate matter during the wildfire season there.

Wildfires are known to be a substantial source of this particulate matter pollution. Particulates less than 2.5 micrometers in diameter (PM2.5) are especially dangerous as they can reach deeply into the lungs and can trigger or worsen health problems such as asthma and heart disease, with emerging evidence linking it to premature births.

In particular, consecutive days with high PM2.5  concentrations (above EPA standards) were associated with a 7.2 percent increase in respiratory-related admissions to hospitals compared to days within the EPA daily standard (35 micrograms per cubic meter). Cardiovascular admissions tended to be highest during the first two days when PM2.5 concentrations were high, while respiratory admissions exhibited the opposite trend, increasing as the days continue.

• Breathing Fire: Through interviews with scientists, policymakers and California residents, our journalism story vividly reveals how decades of progress in cleaning America’s air using environmental regulations is being undermined by smoke from large wildfires

• Smoke Sense — A citizen science app for Android and Apple devices. Data gathered through the app is anticipated to help EPA researchers and communities determine how smoke from fires impacts our health during smoky days.

• NASA high-resolution MODIS imagery of smoke transport across the U.S.