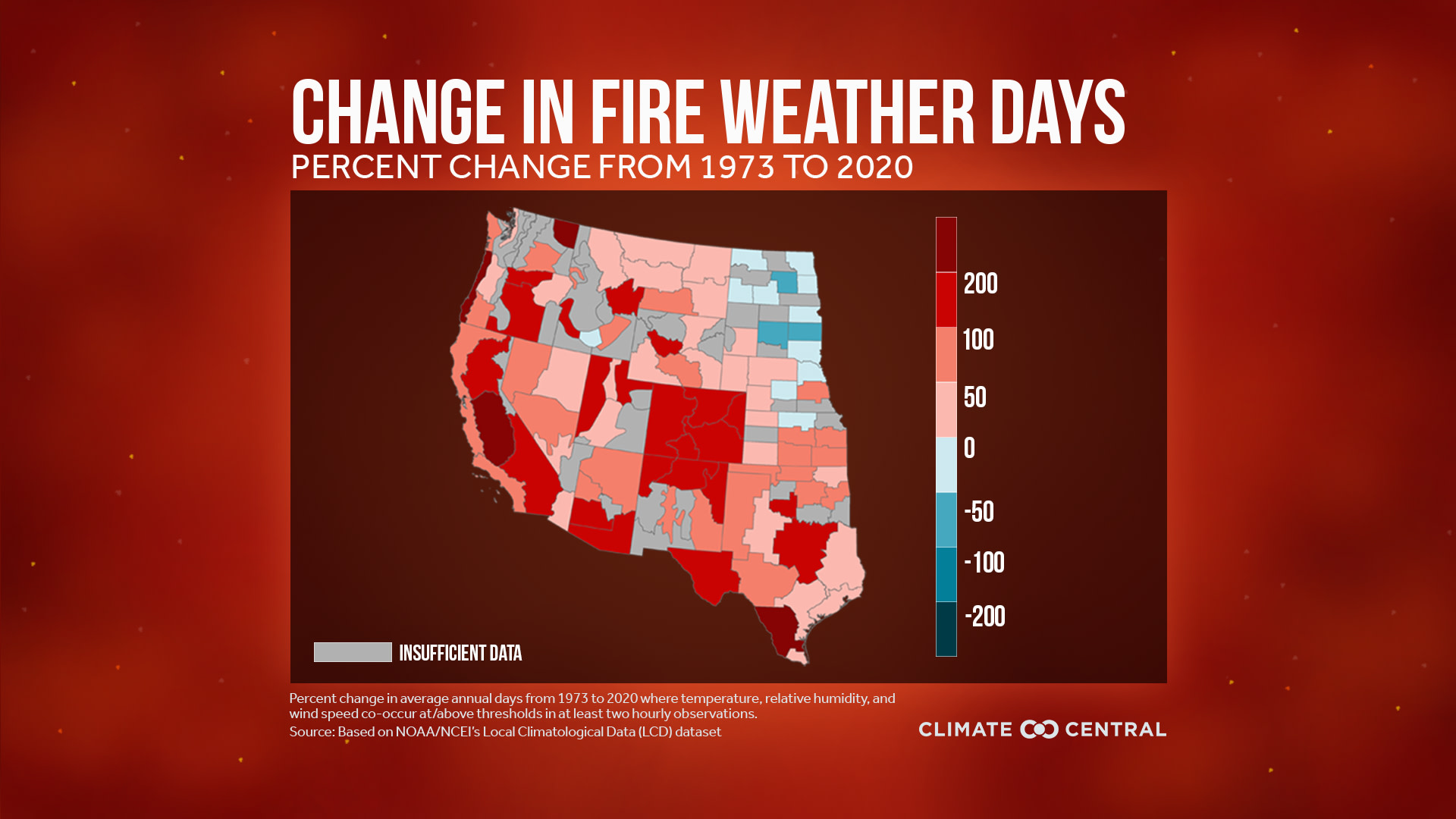 It’s already been a brutal year for wildfires, with at least 104 large fires burning across 12 states, including Oregon, Montana, Washington, California, and Idaho. Hot, dry, and windy conditions fueled the intensity of both the Dixie and the Bootleg fires, which have forced evacuations and devastated dozens of communities.

What are solutions to the increasing risk of wildfires?
A number of solutions to adapting to the risk of wildfire include increased use of land management techniques that eliminate excessive fuels, such as prescribed burns; forest thinning to remove young trees and bushes; and allowing small fires to burn themselves out when it’s safe to do so. There are also toolkits to prepare homes and create evacuation plans. But fire weather conditions will increase around the world as the planet warms. Reducing carbon pollution to net zero by 2050 by aggressively switching away from fossil fuels would limit global warming and stabilize climate conditions.

Is my area at risk of wildfires?
You can find daily reports of elevated fire weather conditions at NOAA’s Storm Prediction Center. The Incident Information System identifies where wildfires have been reported and provides detailed information on conditions. You can stay updated about risk of fire with the North American Seasonal Fire Assessment and Outlook, produced by the National Interagency Fire Center (NIFC) in Boise, Idaho at the beginning of each month. You can also search your locality on the Wildfire Risk to Communities website.

The SciLine service, 500 Women Scientists or the press offices of local universities may be able to connect you with local scientists who have expertise on wildfires and climate change. The American Association of State Climatologists is a professional scientific organization composed of all 50 state climatologists.

See detailed methodology in the appendix of the report.