Return to the Paris Agreement 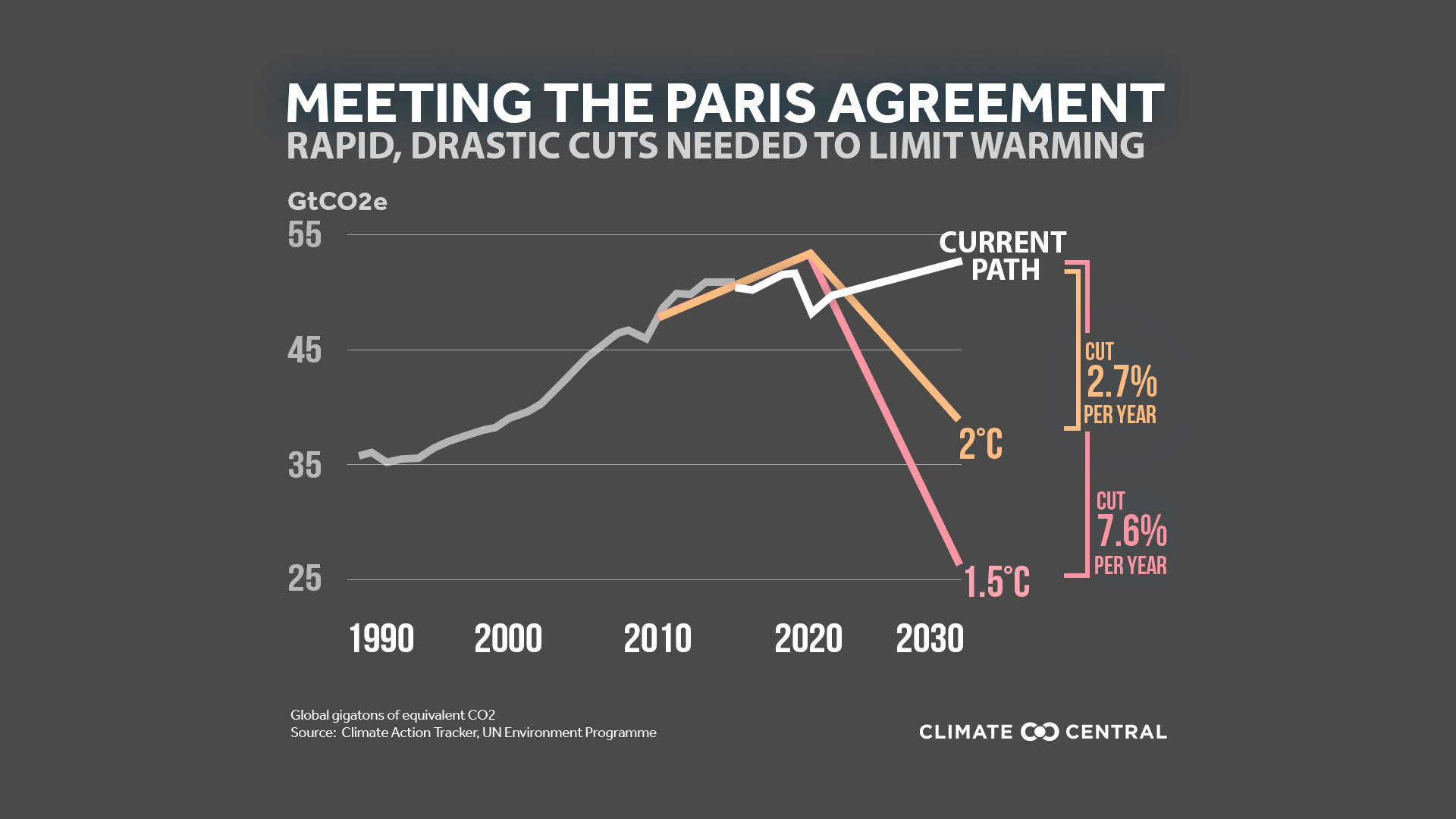 What is the Paris Agreement?

The Paris Agreement is an international agreement designed to avert catastrophic climate change. In summary, its main aim is:

The Paris Agreement requires participating countries—195 in total—to make their own commitments to combat climate change. These commitments, called Nationally Determined Contributions (NDC), outline each country's plans to reduce carbon emissions and increase climate adaptation. In addition, transparency of each country's NDCs is heavily emphasized in the agreement because this global effort requires clear communication and oversight to ensure the world reaches its goal.

The Paris Agreement recognizes that, because of their economic and technological circumstances, some countries will require assistance in meeting their NDCs. In particular, developing countries may not have the financial resources to transform their energy sector to low-carbon sources. Small island nations, which contribute minimal emissions but are highly vulnerable to climate impacts, may not have the infrastructure to adapt to damaging hurricanes or sea-level rise. Thus, to collectively reach the 1.5°C/2°C goal, the Paris Agreement explicitly states that developed countries shall provide financial resources to developing nations.

The Agreement also called for an in-depth scientific evaluation of the relative impacts of limiting warming to 1.5°C versus 2°C. That study, released in 2018, concluded that 1.5°C would greatly reduce impacts of climate change on humans and ecosystems alike and that every tenth of a degree of additional warming matters.

Are we on track to reach our goal?

According to the UN’s 2019 Emissions Gap report, achieving the 1.5°C target would require a global emissions decrease of 7.6% per year from 2020 to 2030. For the 2°C target, the decrease would need to be 2.7% per year. To put into perspective the heavy lift that would entail, every country's NDC would need to strengthen its current position threefold for a 2°C pathway and fivefold for a 1.5°C pathway. So, as of now, we are not yet on track to reaching our goal. Instead, current NDCs place us at around a 3.2°C target. And in 2020, the average global temperature sat at 1.2°C above pre-industrial levels, which is bordering on the Paris Agreement lower limit.

Closing the gap is a daunting task, but there are some glimmers of hope pointing us in the right direction:

In addition, the Biden Administration has made clear that the U.S. will resume a leadership role in working to spur ambitious action under the Paris Agreement, including by hosting an international Leaders’ Climate Summit on Earth Day, April 22, 2021.

How do we move forward?

One of the Paris Agreement’s most important but least understood aspects is the requirement that countries update their NDCs every five years.  (This process was set to begin in 2020, but because of the COVID-19 pandemic, has been postponed to 2021.) During negotiations leading to the Paris Agreement, negotiators recognized that the initial round of NDCs would not lead to the achievement of the Agreement’s goals. So they included in the Agreement a process through which NDCs can be strengthened over time as technological developments, falling costs, and other factors make additional ambition possible. The 2021 meeting of the parties to the Paris Agreement, scheduled for November in Glasgow, Scotland, will be a key opportunity for progress—particularly if countries integrate COVID-19 response and climate objectives.

This presentation was designed to support your climate change storytelling, but can also double as a great Climate 101 tool for journalists or educators who want to understand climate change better.

The Paris Agreement demands one of the largest global transformations, physically and behaviorally, the world has ever undertaken. Fortunately, much of the expertise and many of the technologies needed to achieve it are already available and increasingly affordable. Want to learn more about the possible solutions to combat climate change? Stay tuned for our Climate Central solutions briefs that provide background and resources on the following topics:

How are local governments, leaders, institutions, and organizations in your area supporting the Paris Agreement?
When President Trump pledged in 2017 to pull out of the Paris Agreement, hundreds of U.S. businesses, academic institutions, faith groups, and local governments came together as We Are Still In, announcing their intention to take action consistent with the Paris goals. Use WASI’s search option to discover signatories in your area. Also, the We Mean Business organization has a list of private sector entities that support the Agreement. Other sources of information about state and local action include the U.S. Climate Alliance, a consortium of the Governors of 25 U.S. states committed to implementing policies that advance the Paris Agreement goals. Searchable tools are also offered by the Global Covenant of Mayors and by C40, a collection of cities across the globe, including New York City and Los Angeles, that have pledged to take climate actions. Use the filter buttons to discover whether your city participates and what actions they are taking.