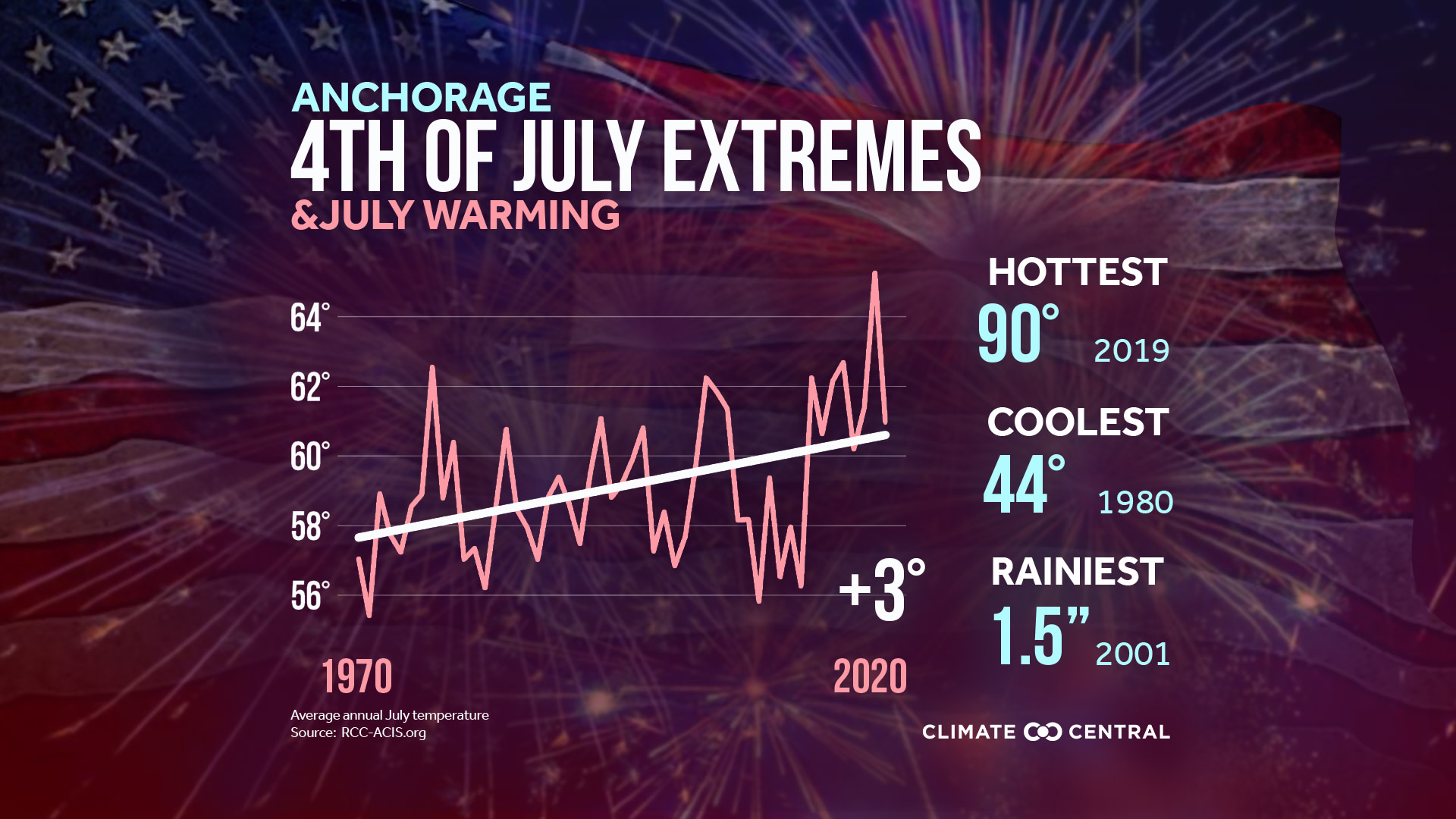 July is here and so is the heat. For most of the country, July is one of the hottest months of the year—and it's only getting warmer. Like most summer months in recent years, we’ve experienced rising average temperatures and more record-breaking heat due to climate change.

Red, White, and Blue—and Weather Extremes, too: This Sunday marks the 245th anniversary of Independence Day. As people prepare their grills and sport their red, white, and blue, we at Climate Central will celebrate the best way we know how—with climate. Check out the local graphic page to discover which Independence Days were the hottest, the coolest, and wettest in your area.

How is heat affecting public health?
The Center for Disease Control (CDC) tracks health and heat data through its public health tracking network for 25 states and New York City. Summer heat and sun can also lead to air stagnation and an accumulation of ground-level ozone. Find out more about climate change and air quality from the American Lung Association, and check out their rankings of America’s cleanest cities.

Check out Solutions Journalism to read what your peers are reporting about heat, nearby and around the world:
Solutions Journalism Network is a non-profit organization that trains and supports journalists to report on how people are responding to the world’s largest social issues through rigorous evidence-based reporting. Use the Solutions Story Tracker to discover the different solutions stories related to heat.

The SciLine service, 500 Women Scientists or the press offices of local universities may be able to connect you with local scientists who have expertise on rising temperatures and climate change. In addition, check out theAmerican Association of State Climatologists, a professional scientific organization composed of all 50 state climatologists.

Local Independence Day climate extremes and average July temperatures from 1970-2020 were retrieved from the Applied Climate Information System for each station’s period of record. Climate Central's local analyses include 247 stations. However, for data summaries based on linear trends, only 246 stations are included due to large data gaps in Wheeling, W. Va.