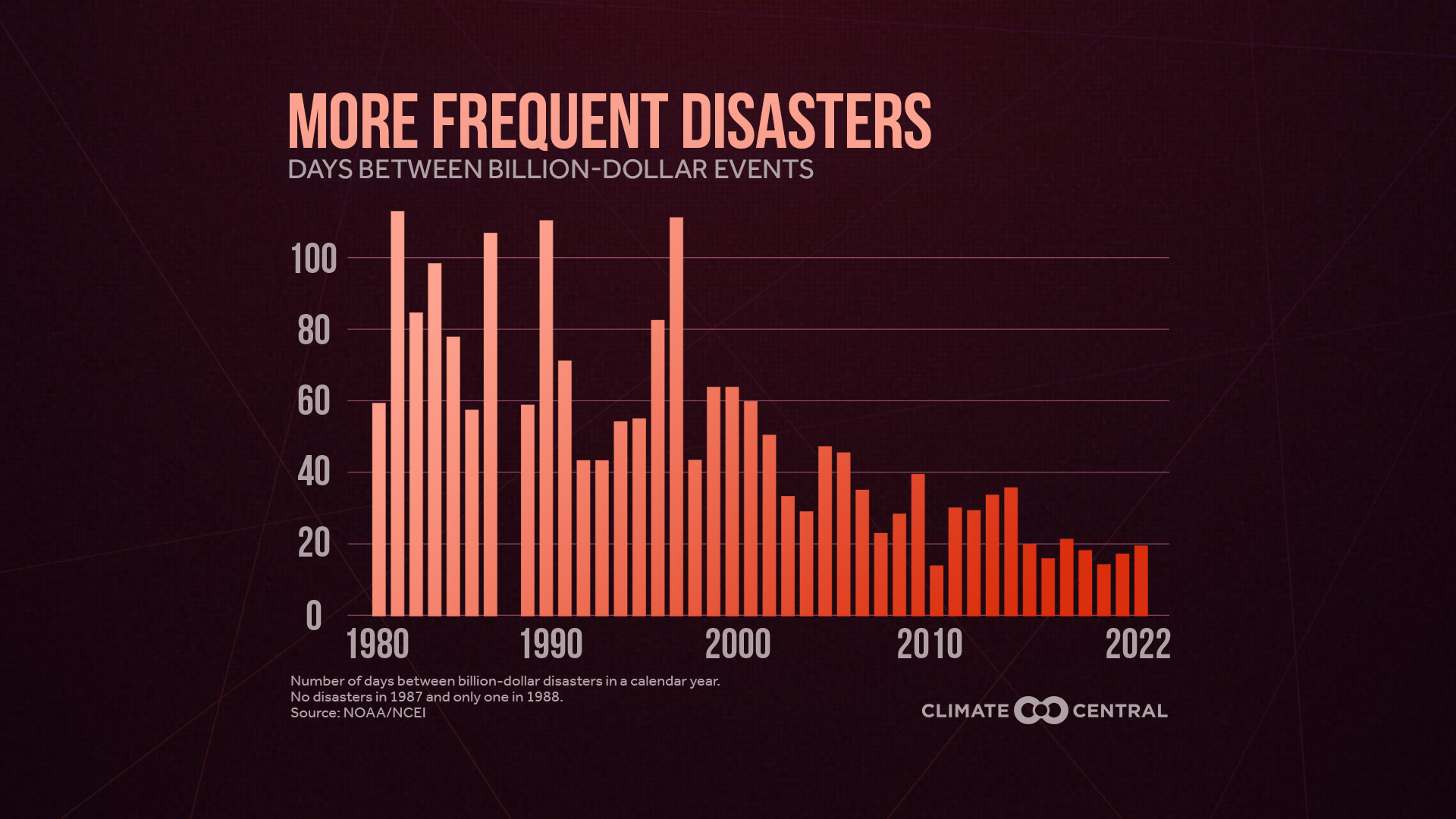 The U.S. was hit with 18 billion-dollar weather and climate disasters in 2022.

The costly and deadly billion-dollar disasters of 2022 included:

Locally, 2022 was warmer than normal in most U.S. locations.

Local drought and deluge in 2022

2022’s record weather is a snapshot of a longer warming trend.

Continued heat-trapping emissions lead to the warmer and riskier conditions like those we experienced in 2022. And recent emissions trends are headed in the wrong direction.

Brighter future: there are many opportunities to cut emissions in 2023 and beyond. Every ton of avoided emissions leads to safer conditions for humans and for the infrastructure and ecosystems we depend on.

What weather can we expect at the start of 2023?

NOAA’s one-month to three-month outlooks assess the probability of exceeding thresholds of above and below normal temperature and precipitation in the US. Access January 2023’s temperature, precipitation, and drought outlook for an indication of near-term conditions near you.

Submit a request to SciLine from the American Association for the Advancement of Science or to the Climate Data Concierge from Columbia University. These free services rapidly connect journalists to relevant scientific experts.

Browse maps of climate experts and services at regional NOAA, USDA, and Department of the Interior offices.

Reach out to your State Climate Office or the nearest Land-Grant University to connect with scientists, educators, and extension staff in your local area.

Local anomalies for temperature and precipitation are the differences from the 1991-2020 normal obtained from the Applied Climate Information System. National rankings are from NOAA/NCEI Climate at a Glance.