It’s nearly time for a reboot on global climate action.

The Kyoto Protocol of 2008 through 2012 succeeded in introducing the world to the concept of coordinated climate action. Aside from creating a weak European carbon market, however, it did little to actually ratchet greenhouse gas levels. Nations that met their obligations under the protocol did so with the help of economic downturns. The U.S. never ratified the pact. Canada eventually withdrew, avoiding repercussions for the climate-changing carbon billowing from its tar sands mines and processing facilities. An extension to the protocol will govern just one out of every seven carbon dioxide molecules produced by humanity during the next five years.

Seventeen years after that protocol was negotiated in Japan, the U.N. Framework Convention on Climate Change is preparing to take its second shot. Global climate pact 2.0, which will look nothing like its beta, is now little more than a year away. 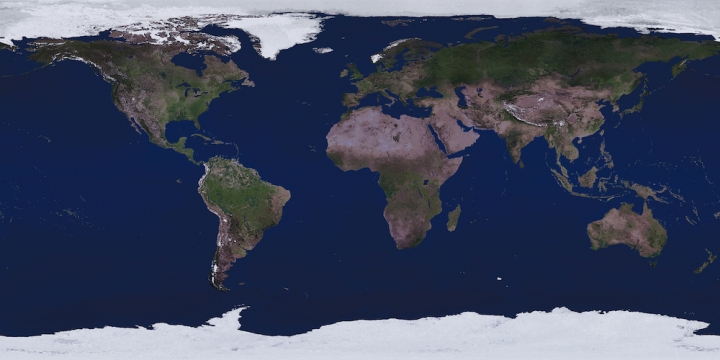 Globetrotting efforts to negotiate a planet-saving accord will resume after Thanksgiving weekend in Lima, Peru. The coastal Andean nation is an apt host for what will be a high-profile prelude to landmark negotiations one year later in Paris, where a new climate pact is planned to be finalized. Peru is regarded as more vulnerable to climate change than all but a handful of other countries, and its leaders worry that climate impacts will undo efforts to reduce rampant poverty. The country straddles mountains, where freshwater-dispensing glaciers are wasting away, and the rising sea.

If the Kyoto Protocol were printed in dot matrix, the next climate agreement would resemble data viz on an e-tablet. The new global climate treaty ought be an improvement on the old one — after all, it will have been two decades in the making. The Kyoto Protocol was agreed during the UNFCCC’s fifth year of existence.

The stakes are tropospheric, and far clearer now than when Kyoto was negotiated. High tide floods are becoming common across the coastal U.S. Greenhouse gases are making seas hotter and more acidic. Climate change is clearly amping heat waves, which are fueling wildfires. Global temperatures have risen 1.5°F since the Industrial Revolution, pushing sea levels and storm surges up an average of 8 inches. Greenhouse gas levels are rising now faster than ever, largely because India, China and other developing countries, which were never obliged under Kyoto to take climate action, are burning fuels at hastening paces to catch up on living standards. In the West, climate pollution levels are largely plateauing or dropping slightly. That’s because of energy efficiency improvements and because, in a growing number of cases, wind and solar energy are becoming as cheap as fossil fuel alternatives. Some say fracking and natural gas are helping by displacing coal. Others say methane leaks and natural gas’s low prices, which can hold back renewable energy investments, are making the problem worse. Either way, the planet is on a dangerous pollution trajectory.

The U.N. Environmental Program says climate pollution levels must drop to zero during the third quarter of this century if a U.N. goal of limiting warming to 2°C, or roughly 3.6°F, is to be met. At the rate we’re going, scientists say we will have dumped enough carbon dioxide into the atmosphere in just a few decades from now to warm the planet by far more than that. 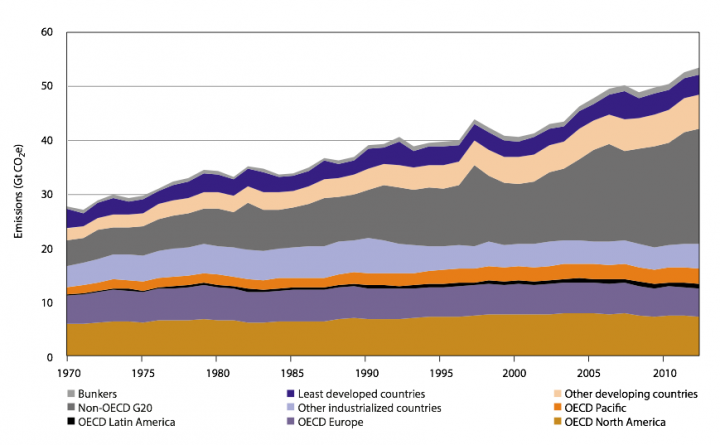 Based on decisions reached during previous climate negotiations, the pact that is finalized in Paris next year will call for climate action by all nations, not just the rich ones, and provide funding to help developing countries curb climate change and adapt to it. Aspects of the next climate pact could eventually touch on everything from forest protection and agriculture to subsidies to support carbon capture and sequestration technology at coal power plants. Perhaps most importantly, at least from a wonky policy perspective, it will balance out the heavy-handed top-down approach of Kyoto, which tried to imposed uniform emissions reductions on groups of countries, with the flexibility of a bottom-up approach, in which nations decide for themselves how they will contribute in a measurable way to a global climate solution. Climate negotiators call these commitments INDCs, because it’s less of a mouthful than saying “intended nationally determined contributions.” 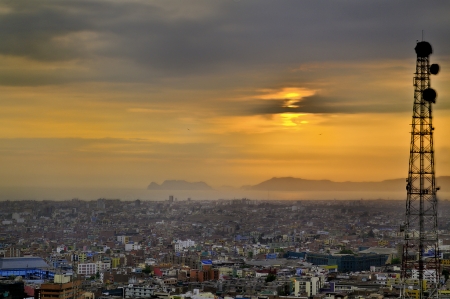 The national contributions are due to be announced early next year. Rules governing how they are laid out and what they will cover, and when, are planned to be decided during the two weeks of Lima talks.

Sketches of what the world’s most polluting countries plan to contribute have emerged in recent months. China has said it will stabilize or reduce the amount of greenhouse pollution it releases every year after 2030. It will do that in part by capping its annual use of coal at 4.2 billion metric tons by 2020, which would be 16 percent more coal than it burned last year. In a joint announcement with China’s president this month, President Obama said the U.S. would produce less than three quarters as much carbon pollution in 2025 than was the case in 2005. European Union leaders have committed to reducing the amount of climate pollution the bloc releases in 2030 by 40 percent compared with 1990.

Putting the world on track to avoid a 2°C temperature rise would still require a global energy industry revolution that’s well beyond the ambition of current negotiations. Nonetheless, the announcements have been widely lauded as important starting points in spurring meaningful global climate action.

Harvard University environmental economics professor Rob Stavins, who as director of the Harvard Project on Climate Agreements has been closely involved with the climate talks, described the recent joint China-U.S. announcement as “potentially the most important development in international climate negotiations in the past 5 to 10 years.” But he cautioned against expecting an agreement in Paris next year that would outright solve the problem of climate change. Instead, he said the Paris agreement could provide a post-Kyoto framework that finally gets the world on track for an eventual climate fix. “The way to judge the negotiations coming out of Paris is whether or not the structure is a sound foundation for meaningful long-term reductions,” he said.

Once the national contributions have been declared, a major challenge will be trying to tie them all together, fusing them like the electronic components on a motherboard, so that climate-protection efforts can flow among countries as an intrinsic element of the global economy. That might be achieved through international carbon markets.

“Allowing for carbon markets and their international linkage is a very important topic for Lima and Paris,” Stavins said. “Some brief text will likely be included in the Paris agreement, and then this will be elaborated in subsequent talks.”

Stavins and other economists say that pricing carbon – whether through a cap-and-trade system or through a carbon tax – is the best way for nations and regions to achieve pollution reduction goals. Revenues from carbon fees can be put toward environmental projects or used to reduce income and corporate tax rates. The idea is growing in popularity, even outside of circles of markets-infatuated academics. More than 70 nations, which are together responsible for more than half the greenhouse gas pollution produced every year, have joined Royal Dutch Shell, British Airways, China Steel Corporation and more than 1,000 other companies in voicing their support for carbon pricing. Meanwhile, 39 carbon pricing programs are now up and running in Europe, China, North America and elsewhere. The Sightline Institute calculated that they collectively put a price on 12 percent of the planet’s greenhouse gas emissions.

To help meet America’s climate commitments, for example, a global carbon market might make it cheaper for some future natural gas power plant in Kentucky to fund the planting of carbon dioxide-absorbing trees in Venezuela, instead of planting them in the Appalachia, or instead of spending on carbon capture equipment. It might also be cheaper to plant those Venezuelan trees than to shut down the polluting plant entirely, ceding its hitherto market share on the local energy grid to nearby wind turbines that can operate without paying fees for carbon pollution.

“It’s much cheaper to meet these goals as linked targets, rather than individually,” Gernot Wagner, an Environmental Defense Fund economist, said. “It’s much more expensive for certain countries to abate — to remove CO2 from the smokestacks — than it is for others.”

Building a global carbon-trading market could mean creating new trading links between markets that are already being established. It would also mean overcoming a number of hurdles. Some of those hurdles are political and social, such as resistance to the idea from Latin America’s Alba group of countries, which are wary of transnational trade and capitalism. Other obstacles, the most significant of which were detailed in a Nature Climate Change essay published Wednesday, coauthored by Wagner, are more technical.

As smaller carbon markets are linked, the paper points out that it would be difficult to link the regulatory systems that governed each of them. Challenges would also be presented by attempting to compare and trade carbon allowances that originated in a developed country with a developing one. In a global carbon market, how many carbon allowances would the U.S. be granted to trade, for example? And how many carbon allowances would go to India, where nearly four times as many people collectively produce less carbon pollution than the U.S., but where pollution levels are expected to continue to rise instead of fall? 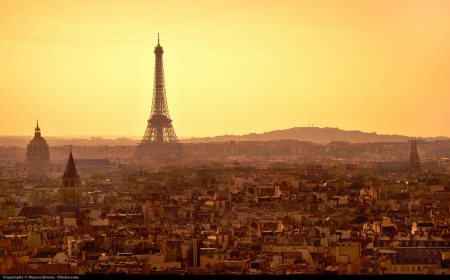 “A lot of this is, of course, a matter of politics,” said Jessica Green, an assistant professor of political science at Case Western Reserve University, another coauthor of Wednesday’s Nature Climate Change essay. “But it’s also a matter of policy.”

In the end, it may be difficult to assess the success of the Lima talks. Breakthroughs are expected to be few and far between, and focused largely on settling on bureaucratic rules regarding the formulation of pending INDCs. Because the meeting will serve as a critical curtain-raiser in the attempted formulation of an agreement in Paris during the next major UNFCCC negotiating session, one measure of its success could be the negotiators’ spirits.

“Probably the most direct way of assessing [success at Lima] is what parties have to say at the end in their closing statements,” Elliot Diringer, executive vice president of the Center for Climate and Energy Solutions, said. “Is there lots of grousing about the process? Or, do people seem comfortable with it?”

Widespread disgruntlement among negotiators could be a harbinger that the slog ahead will be even harder than anticipated, and perhaps less fruitful than hoped. So keep an eye out for haggard smiles, which can be in short supply during climate negotiations, when you’re following the news out of Lima. They could be like bright yellow emojis on a climate app.

You May Also Like:
Clues Show How Green Electricity May Be in 2050
Climate Investments ‘Falling Short’ of 2°C Goal
Report Maps Out Decarbonization Plan for U.S.
Here’s How the U.S. Can Adapt to Climate Change
Packing on the Pounds (of CO2) for Thanksgiving