The West Antarctic is one of the most remote places on the planet, but its fate is intimately tied with hundreds of millions living along the world’s coastlines. That’s because it’s frozen expanse contains enough ice to raise sea levels by up to 13 feet.

There have been multiple warnings of growing instability across the region and the possibility of collapse due to a mix of warming water and air and the topography below the ice. But the complexities of how much ice melts and when it disappears are still outstanding.

New research published Tuesday in The Cryosphere revises how much West Antarctica could contribute to sea level rise. The findings indicate that West Antarctica could contribute an additional 8 inches of water on top of an estimated of 39 inches of sea level rise projected by the end of this century. Put another way, the region would drop the equivalent of a 19,000 cubic mile ice cube into the world’s oceans. The region will continue adding water to the world’s oceans through at least 2200, representing a major threat to coasts everywhere.

The cause of Antarctica’s melting ice is twofold. Rising air temperatures are one culprit. The average temperature has risen 4.3°F over the past 50 years in the region. Warm water is also putting West Antarctica’s massive stores of ice at risk of sliding into the sea. Some signs indicate big changes already are afoot.

“The big glaciers — Pine Island, Thwaites and Smith Glaciers — have all been showing thinning rates much in excess of what you’d expect to see,” Stephen Cornford, an ice sheet modeler at the University of Bristol and lead author of the study, said.

Ted Scambos, a lead researcher of the National Snow and Ice Data Center’s science team, likened the Thwaites Glacier to the Amazon. Both face major pressure from global warming and any change in their current state could have major ramifications for the rest of the world. In the Amazon’s case, it’s sequestering carbon while for the Thwaites, the fate of coastal communities hangs in the balance.

The Thwaites, along with other glaciers that ring West Antarctica, reach down from the main ice sheet and connect to large ice shelves that float in the seas. Warming waters are undercutting these ice shelves. In an unfortunate quirk of geology, the bedrock that the glaciers sit on is below sea level, allowing water to undermine the glaciers and ice shelves and make its way further and further inland while also speeding the flow of ice to the sea.

Cornford’s new research shows that by 2200, ground lines — the place where water meets solid ice — could retreat inland by nearly 125 miles in some areas. 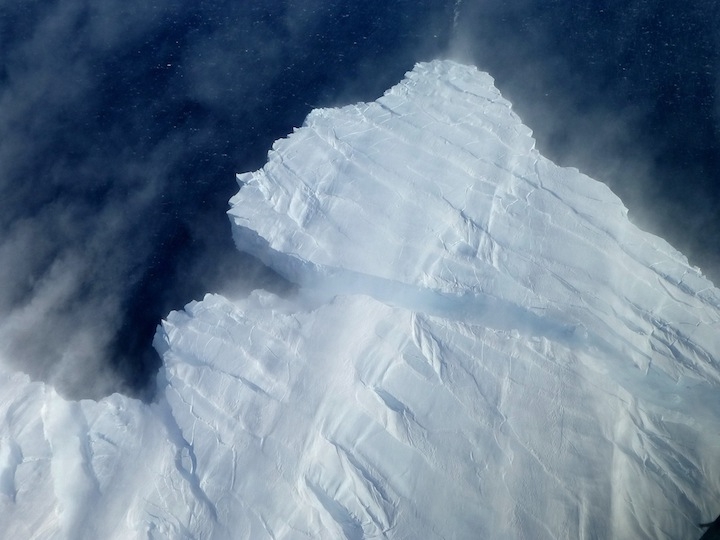 This vast reshaping of the region still pales in comparison to some of the higher levels of ice loss from other recent estimates. Those estimates, which show the region could contribute to multiple feet of sea level rise by 2200, were made using different types of computer models from Cornford’s group.

“It’s always disturbing when you do some similar calculations and come up with two different answers,” Cornford said. “The trend is to converge so I wouldn’t be surprised to hear we’re doing underestimates.”

The missing piece that would likely bring the two modeling communities together is better data.

“The critical need for the science of ice sheet evolution and sea level rise is in situ observations, that is, ocean and ice measurements near the grounding lines of the key glaciers and ice shelves,” Scambos, who was not involved with the study, said. “These are difficult environments to instrument, or even to physically reach, but this is the main challenge for Antarctic science at the present time.”

While complimentary of the new research, Scambos said there are multiple feedbacks including unstable iceberg calving and fresh meltwater causing changes in buoyancy that could lend more credence to the higher sea level rise estimates other research has ascribed to the region.

“The important thing about West Antarctic Ice Sheet is it can match, in principle, all other sources (of sea level rise). So it can contribute as much as Greenland or thermal expansion, but it can keep that for centuries,” Cornford said.

You May Also Like:
Climate Change Is Getting Its Own Museum
El Niño Could Rank Among Strongest on Record
Scientists Foresee Losses as Cities Fight Beach Erosion