Since Paula and Len Boutin moved into their house on Massachusetts’s Weweantic River more than a decade ago, they’ve ambled down to their dock to sample and test the water hundreds of times. “We just feel we’re helping out the environment,” Len said.

The river drains into Buzzards Bay, where eelgrass holds sand in place on bay floors and shelters young finfish, scallop larvae and other wildlife. But the eelgrass is wasting away — and new analysis of two decades of summertime monitoring by the Boutins and more than 1,000 other volunteers suggests rapid warming could be a culprit. 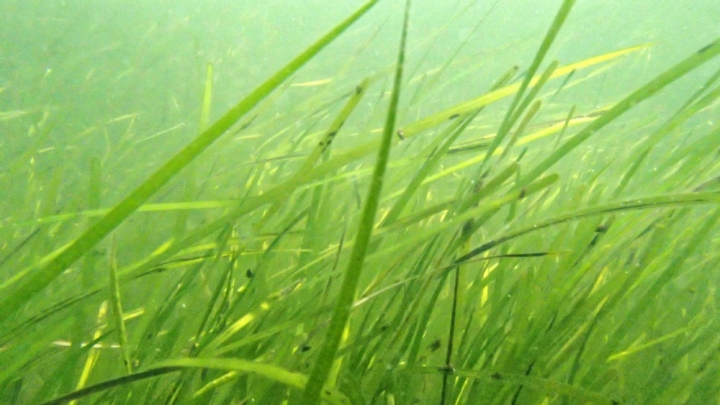 The analysis of data gathered from 1992 through 2013 found widespread warming and declining water quality throughout Buzzards Bay, a shallow estuary near Cape Cod popular in the summertime but tainted by pollution. Nitrogen pollution was found to have worsened in some parts of the bay, but not everywhere.

The valleys and ridges that were etched into Buzzards Bay’s coastlines by the expansion and retreat of glaciers manifest as a string of small bays around the edges of a greater one. 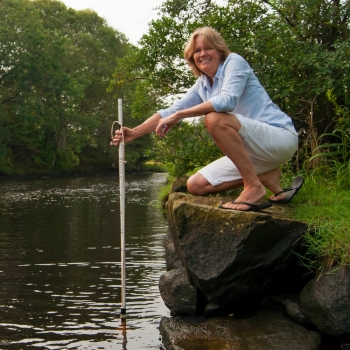 “The coastline is made up of small coastal embayments, and each one has has a distinct watershed,” said Woods Hole Oceanographic Institution researcher Jennie Rheuban, who helped analyze the volunteers’ water quality measurements. “We were surprised to find that, across the board, every watershed has warmed over the summer.”

The water sampling is coordinated by the nonprofit Buzzards Bay Coalition. Findings from the new analysis, which drew on the analytical might of Rheuban’s larger organization, were published this month in the journal Biogeosciences.

Seagrass beds have been declining across Massachusetts in recent decades, following recoveries from a virulent wasting disease that struck them in the early 1930s. Similar trends have been detected throughout New England, jeopardizing wildlife and ecosystems.

As in other places, the seagrass beds in Buzzards Bay are being shaded out by worsening algae, and the analysis confirmed that algae blooms have been getting worse. The blooms feed on nutrients that wash into the water from septic systems, wastewater treatment plants, farms and fertilized lawns.

After the algae die and sink, oxygen levels frequently decline in the surrounding waters, further threatening the eelgrass.

The new analysis found that algae populations continued to grow in some embayments even as nitrogen levels stopped increasing. That suggests something else has been fueling algae’s continued buildup.

“We don’t really have enough information in the dataset to say this is causing this absolutely, but the patterns are indicative that this regional warming is likely a part of what might be causing the change in water quality,” Rheuban said. 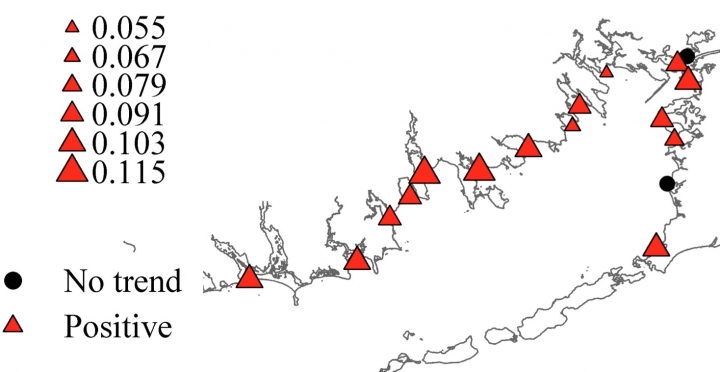 The analysis indicates that Buzzards Bay waters warmed nearly 2°C (more than 3°F) during the two decades studied. That rate of warming was described as “rapid” by Rheuban.

The finding of apparent temperature impacts on Buzzards Bay water quality “wasn’t great news,” said Rachel Wisniewski Jakuba, the science director at the Buzzards Bay Coalition. “But it’s better to have the information now than in 10 years, when a lot of planning had gone in place without taking into account the importance of temperature.”

Jakuba’s nonprofit has been pushing towns to build and improve water treatment plants to try reduce the amount of nitrogen flowing into waterways from septic systems. Given the new findings, she said “it’s critical that we move faster.”

You May Also Like:
Study: Grid For Renewables Key to Cutting Emissions
Coal Moratorium Turns Spotlight to Oil, Gas Leases