The tongues of ice that stick out from and help to buttress the frozen expanse of Antarctica are increasingly under assault from warm ocean waters invading from below, potentially impacting global sea level rise a new study says. 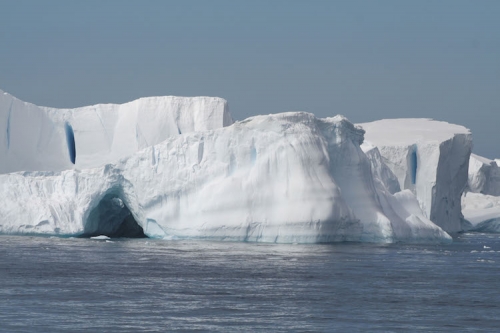 Photograph taken during research cruise on board the Research Vessel James Clark Ross in the Weddell Sea, gathering data used in this study.

The new study, detailed in the Dec. 5 issue of the journal Science, shows how and where the warm water intrusion is happening around the continent and other areas where it could soon begin.

“It really does answer what was sort of an unanswered question,” said Sarah Gille, an oceanographer at the Scripps Institution of Oceanography in La Jolla, Calif., who was not involved with the study. Gille wrote a review of the work in the same Science issue.

One of the areas of Antarctica that has seen the most warm water seeping in is unsurprisingly one of the fastest-melting parts of the continent and the biggest Antarctic contributor to current sea level rise. Its rate of melt has tripled over just the past decade, separate research accepted to the journal Geophysical Research Letters concludes.

While Antarctica is one of the most remote places on the planet, the fate of its ice is of major concern because of its potential to drastically raise global sea levels as it melts. The West Antarctic Ice Sheet alone (the area where the fastest melting glaciers are) holds enough ice to raise the oceans by 10 to 13 feet, though even partial melting could cause substantial sea level rise. “But other parts of Antarctica have way more ice,” said the lead author of the Science study, Sunke Schmidtko, of the University of East Anglia and the GEOMAR Helmholtz Centre for Ocean Research in Kiel, Germany.

Research published earlier this year found that several of the glaciers of the Amundsen Sea Embayment in West Antarctica were retreating at a record pace and that pace had accelerated in recent decades. “The retreat of ice in that sector is unstoppable,” lead researcher Eric Rignot, a glaciologist at the University of California, Irvine, and NASA’s Jet Propulsion Laboratory, said when the study was published.

Warming ocean waters have long been suspected as the culprit behind the melt in the Amundsen Sea and elsewhere around Antarctica, but gathering direct evidence of this influence has been tricky. Sampling the waters in the pocket between the seafloor and the underside of the ice shelves is difficult and expensive, requiring either drilling through hundreds of meters of ice, or using robotic submarines. 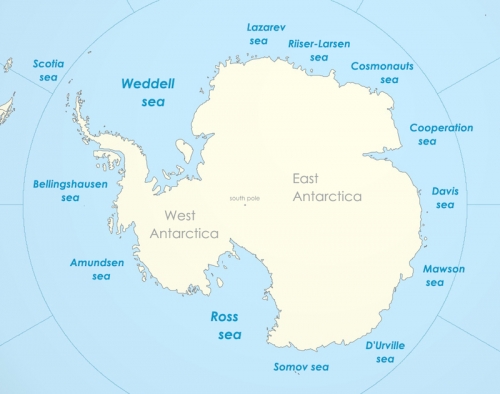 While efforts using both methods are planned or underway, they also only give information that is very locally time and place specific. The remoteness and vastness of the Southern Ocean means that comprehensive data going back several decades is hard to find, “which is why we’re a little bit in the dark about what’s going on down there,” Rignot said in a recent interview.

To get an idea of what might be happening to the ocean water around the continent and get around the problems of sampling the water under the ice shelves, Schmidtko and his colleagues grabbed publicly available ocean temperature data taken from the waters that flow along the Antarctic coastal shelf and the surrounding Southern Ocean. The continental shelf is the part of the ocean that barely slopes downward from the coast and is relatively shallow. The data Schmidtko used came from all around the Southern Ocean going back to the 1970s and allowed researchers to see how the waters below the surface might have changed over time.

What the team found was that the waters circulating around the Antarctic continental shelf have warmed considerably in some areas. In the Bellingshausen and Amundsen Seas, the waters had warmed by about 0.2 to 0.5°F per decade since the 1990s, which meshed with the melting trends seen in both areas.

In fact, the other new study found that the melt rate of the glaciers of the Amundsen Sea Embayment had tripled in just the past decade.

“The mass loss of these glaciers is increasing at an amazing rate,” study co-author Isabella Velicogna, also of UC Irvine and JPL, said in a statement.

That study compared data of ice loss from the glaciers from four different sources and found that they all told a similar story.

“It’s sort of a confirmation because it’s using multiple techniques and the signal is so big you can’t miss it,” Rignot, who was not involved with either new study, said.

But showing the warming of the waters on the continental shelf and the amazing melt rate is only part of the story. Schmidtko and his co-authors wanted to see where that warmer water was coming from. Temperature data from what is called Circumpolar Deep Water — the water that circulates around Antarctica in deeper areas — showed that water was also warming.

In addition, it was also moving upward in the water column, increasingly spilling over the shelf break (the point where the fairly flat continental shelf gives way to the steeper drop of the continental slope). In the Bellingshausen and Amundsen Seas, for example, the depth where the highest temperatures were measured had risen by about 300 to 650 feet over the years.

“This makes it much easier for this water to encroach onto the shelves” and get close to glaciers, Schmidtko said. 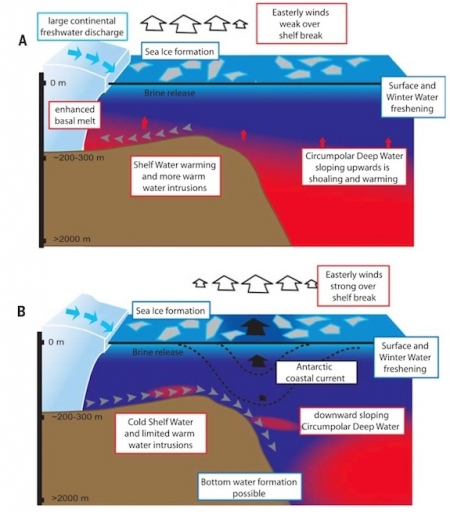 How winds interact with Antarctic ocean waters to allow warm subsurface waters to seep onto the continental shelf and melt the bottoms of ice shelves.
Click image to enlarge. Credit: Science/Schmidtko, et al.

What’s causing the waters to rise and seep onto the shelf? A process called shoaling that seems to be driven by the winds circling the continent: Winds blowing in different directions around different parts of the continent push the surface waters below. The forces created by the planet's rotation push the water at right angles to the wind. In some areas, this moves the surface waters in a way that allows the warm waters below to move upward and gain access to the continental shelf, whereas in others it keeps those same waters at bay.

“The wind is the only plausible player in this process,” Schmidtko said.

The winds themselves may be linked to either the warming of the planet and the Antarctic region or to the depletion of ozone over the continent. Or both could be involved.

While the Science study’s findings were not a surprise in those seas where everyone expected to see warmer waters encroaching, the study also showed that the warming is “not only a localized problem,” Schmidtko said.

In the southern Weddell Sea (on the other side of West Antarctica), where the stunning ice loss of other regions hasn’t yet been seen, offshore warm water is “shoaling at an alarming rate,” Schmidtko said, rising about 650 feet in 30 years.

“If this warm water rises high enough to get on the shelf, then we could for the first time see enhanced glacial melt in other parts of Antarctica,” Schmidtko said.

When Will the Ice Melt?

While the results of these studies move the story of Antarctic warming and ice melt forward, there are still a lot of unanswered questions and confirmation of findings to be done.

“The big question down the line is the time frame for some of these glaciers and whole entire ice sheets to fall rapidly to sea,” Rignot said.

Right now, models are not good at representing the complex interplay of factors in the Antarctic, leading to a wide range in projections of the timing and amount of melt in the future. Rignot, Gille and others hope that studies such as these will help inform efforts to improve the models.

“In the meantime we have observations that keep us on our toes,” and those observations are showing that melting is happening faster and sooner than models predict, Rignot said.