The federal government is designating 48 electric vehicle charging corridors along 25,000 miles of major U.S. highways as a way to cut greenhouse gas emissions and make it easier for drivers to switch to electric cars, the White House announced Thursday.

The plan calls for electric vehicle charging stations to be installed at least every 50 miles within the corridors and new government-approved signage to help drivers identify the locations of charging stations along the highway in 35 states. 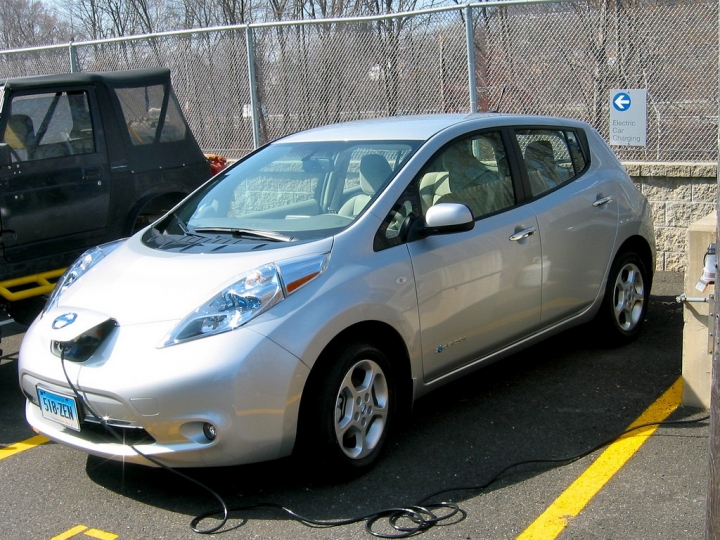 The Federal Highway Administration said the goal is to accelerate the installation of electric and alternative-fuel vehicle charging infrastructure nationwide as a way to help drive down carbon dioxide emissions from motor vehicles — the nation’s second-largest single source of pollution causing climate change behind the electric power sector.

The corridors are part of the Obama administration’s plan to cut U.S. greenhouse gas emissions 80 percent by 2050.

“Alternative fuels and electric vehicles will play an integral part in the future of America’s transportation system,” U.S. Transportation Secretary Anthony Foxx said in a statement. “We have a duty to help drivers identify routes that will help them refuel and recharge those vehicles and designating these corridors on our highways is a first step.”

The U.S. Department of Energy is studying how many charging stations need to be installed in the corridors and how to standardize them across the country, the White House said. The federal government is required to re-designate the electric vehicle charging corridors every five years, possibly expanding them.

Some of the major electric vehicle charging corridors include Interstate 5 from San Diego to the Canadian border; Interstates 25 and 70 through Colorado; Interstates 10, 20, 30, 35 and 45 through Texas; Interstate 80 from Nebraska to New York City; Interstate 95 from Washington, D.C., to Portland, Me.; and Interstates 75 and 85 through Georgia.

Josh Goldman, a policy analyst for the Union of Concerned Scientists, said the corridors will give electric vehicle owners peace of mind that they’ll be able to recharge on a long road trip and signage associated with the program will raise awareness among the general public that infrastructure exists to support electric cars.

Jonathan Levy, policy director for Vision Ridge Partners, said the charging corridors will allow electric cars to be used as the primary vehicle for many Americans as travel ranges increase from less than 50 miles per charge for early electric cars to more than 300 miles for new generations of electric vehicles.

“Charging infrastructure is the critical enabling factor for mass deployment of electric vehicles in the U.S.” said Levy, whose company has invested in EVgo, a company developing fast-charging stations for electric vehicles.

Environmental groups hailed the announcement as a boon for both the climate and the economy.

You May Also Like:
Sewage Plants Overlooked Source of CO2
Sandy’s Surge Was Extreme. It Could Become Normal