The U.S., Brazil and China All Set Major Climate Goals

The world got a major dose of climate clarity on Tuesday. The U.S., Brazil and China — three of the world’s top greenhouse gas emitters — all released major commitments to reduce or at least slow their greenhouse gas emissions, protect forests and ramp up their use of renewable energy.

The flurry of activity comes with five months to go until major climate talks in Paris. Those talks are considered critical for a global climate agreement and Tuesday’s news indicates a growing level of commitment to reduce emissions and the impacts of climate change. 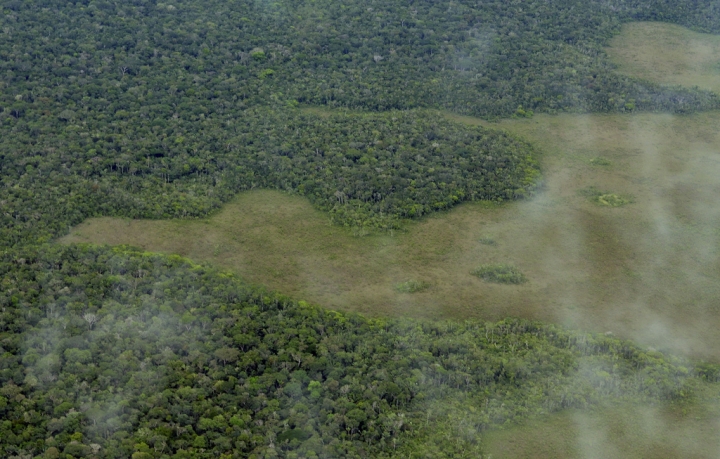 Aerial view of the Amazon Rainforest, near Manaus, the capital of the Brazilian state of Amazonas.
Credit: CIAT/flickr

The day started with a bilateral commitment between President Obama and his Brazilian counterpart, President Dilma Rousseff, on clean energy. Capping two days of discussions, the two leaders announced that their countries will aim to get 20 percent of their electricity from non-hydropower renewables by 2030. The exclusion of hydropower is notable because of it can be a major source of methane emissions.

The U.S. currently gets 13 percent of its electricity from renewables but almost half of that comes from hydropower. Brazil also relies heavily on hydropower for electricity generation, but wind is the cheapest form of new power generation capacity in Brazil. Though wind power is currently a smaller portion of Brazil’s overall energy mix, its low cost means it will likely be crucial to meeting the 2030 goal.

Beyond renewables, Brazil also agreed to restore nearly 30 million acres of forests. That’s only a portion of the 148 million acres of deforestation that have happened in Brazil since 1970, but still represents a major climate benefit given tropical forests’ ability to sequester carbon dioxide out of the atmosphere. The Amazon currently sequesters up to a quarter of all human carbon dioxide emissions.

In a case of dueling climate announcements, China also formally submitted its pledge as part of the United Nations climate process. That pledge confirms that China will peak its greenhouse gas emissions by 2030, a goal it laid out late last year in a bilateral agreement with the U.S.

But the new document reveals that China plans to reduce the intensity of its emissions by up to 65 percent, a move that could lead to a smaller emissions’ peak than previously estimated. The document clocks in at 16 pages and provides rich details about how China will meet its climate goals. That includes doubling current wind and nearly quadrupling solar power generating capacity by 2020 and implementing a national carbon market. By 2030, China plans to install as much clean electricity generating capacity as all of current U.S. generating capacity.

“It is very detailed. I think that’s terrific and is a good sign,” Erika Rosenthal, an attorney with Earthjustice’s international program, said. “When China commits to doing something, they have mechanisms to make sure that that planning comes to fruition.”

China’s commitment is part of a larger process where each country submits its plan, dubbed an Intended Nationally Determined Contribution, for climate action to the United Nations. Those commitments are all due later this year, but adding China’s into the mix with commitments already submitted by the U.S. and the European Union means that half of the world’s greenhouse gas emissions are accounted for.

Tuesday’s three pledges cap a busy month, which has seen the Pope weigh in on climate change and some of the world’s largest oil companies ask for a price on carbon emissions. While current commitments are unlikely to keep the world from warming 2°C — the current climate goal — they do represent a step toward lowering greenhouse gas emissions.