The surprise election of Republican Donald Trump has imperiled efforts at the United Nations to slow global warming, throwing two new climate treaties into turmoil at a critical moment.

Diplomats are gathering in Morocco to negotiate the rules of a new climate agreement near the end of what will be the hottest year on record. They were stunned by America’s election of a climate science denialist, just a year after the Paris agreement was finalized.

“Everybody is a bit depressed,” one African negotiator told Climate Home. 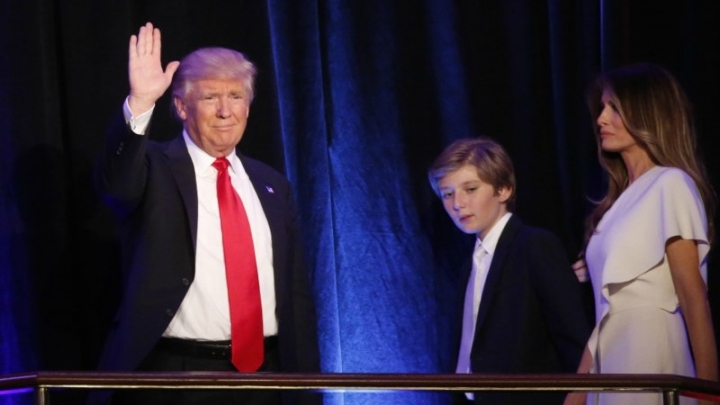 Donald Trump arrives to speak at his election night rally with his son Barron and wife Melania.
Credit: Carlo Allegri/REUTERS

During his campaign, Trump derided international agreements and environmental regulations alike. He pledged to “cancel” America’s involvement with the landmark Paris agreement, which President Obama had championed. He vowed to try to resuscitate the polluting coal power sector.

A second climate agreement that was championed by the Obama Administration covered greenhouse gases called HFCs, which are often used as coolants. A global phase-down plan was finalized at the U.N. last month but it’s still awaiting potential ratification by the Senate and the president. Such ratification by the U.S. now seems less likely.

Trump has described climate change as a “hoax,” and there are fears that his denialism of basic climate science could infect global policy debates.

“This could reverse back to the old situation, where a climate skeptic like him encourages other climate deniers,” said Louise van Schaik, a Netherlands Institute of International Relations researcher.

The Paris agreement sets a goal of keeping warming to well below 2°C, or 3.6°F, though current national pledges under the pact would allow warming to blow well past that goal. Earth’s surface has warmed by about half that amount since the early 1800s as air pollution piled up in the atmosphere.

Before Tuesday’s election, officials from Brazil, France and China had publicly implored Trump to support the Paris agreement. 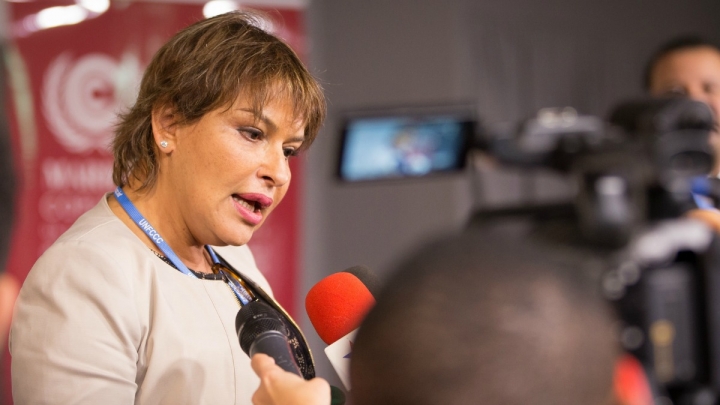 A press conference was held during the Marrakesh climate talks this week.
Credit: UNFCCC/flickr

Now that he will become president, experts are trying to guess how the volatile business tycoon, who has no government experience, will set about keeping or abandoning bombastic promises that could threaten the environment and world stability.

Uncertainty among climate negotiators, experts and activists was swirling on Wednesday around two main questions: Will other countries seriously tackle climate change while one of the worst polluters tries to sit out the battle? And how much will America wantonly damage the climate during the years ahead, fueling a crisis that’s affecting all of humanity?

The negotiations in Marrakesh are being held during what will be the third consecutive year of record-breaking heat, with worsening greenhouse gas pollution fueling heat waves, wildfires and floods. The talks come as clean energy prices tumble and manufacturing capacity for wind turbines, solar panels, electric vehicles and batteries expands.

The agreement being discussed in Marrakesh was crafted to allow it to take effect in the U.S. without the support of Congress. It features voluntary efforts to protect the climate through non-binding national pledges. But it does need the ongoing support of the White House — support that seems imperiled under Trump.

The Paris agreement evolved from a 2014 bilateral agreement between China and the U.S. to take steps to alleviate their impacts on the climate. Those countries are the world’s greatest greenhouse gas polluters and until recently they had been reluctant to tackle warming. 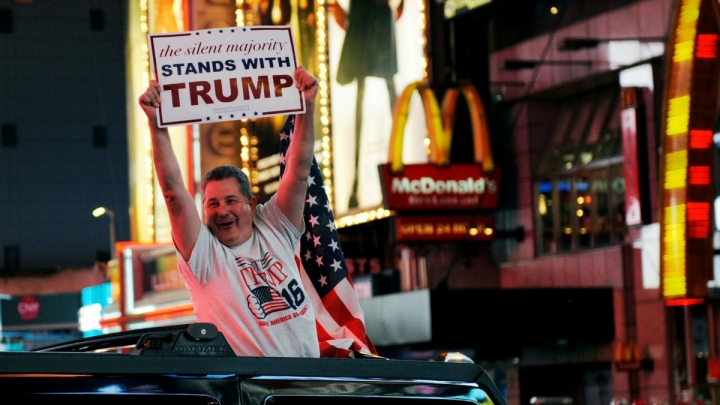 A man leans out of a Hummer shouting words in support of Donald Trump while driving through Times Square.
Credit: Mark Kauzlarich/REUTERS

“The model that came out of Paris — a bottom-up, pledge-and-review system — had been the U.S. negotiating position for a long time,” said David Victor, a professor of international relations at the University of California, San Diego. “The U.S., along with others, put together the deal that made that possible.”

It’s going to be “much harder” for countries to nudge each other toward greater climate cooperation without U.S. leadership, Victor said. But he said major polluters like the European Union, India and China were unlikely to be deterred from working together to fight warming.

Still, under the Paris agreement, the U.S. and other Western nations had pledged rich financial assistance to developing countries as they try to grow their economies using clean energy instead of fossil fuels. Under Trump, such assistance seems less likely to be available.

“Even if President-elect Trump remains neutral, the process of raising money will be seriously affected,” Singh said. “This would have repercussions for developing countries such as India, and particularly for more vulnerable countries, such as small island states and African nations.”

Environmental groups on Wednesday were regrouping, planning to work to convince Trump’s administration of the economic benefits of clean energy and a stabilized climate — and to spend years fighting him, if necessary.

“The election of Donald Trump could be devastating for our climate and our future,” Sierra Club executive director Michael Brune said during a press conference on Wednesday.

The groups said they were preparing for protracted fights with the new federal government in the years ahead, recalling victories under Pres. George W. Bush in battles fought on Capitol Hill, in state capitols and at meetings of utility boards.

“Today, to be clear, we are not defeated — we are determined,” Brune said. “We will not be in a defensive crouch, a defensive posture for the next four years.”