The Trump administration’s budget proposal would hamper efforts abroad to slow global warming, especially by poor and fast-developing countries, compounding the hazards of America’s retreat from efforts to ease its own climate impacts.

A 54-page proposal released Thursday would end payments to global climate initiatives, such as a United Nations fund that helps poor countries deploy clean energy and adapt to climate change. It would also sharply reduce funding for the World Bank and other development programs. 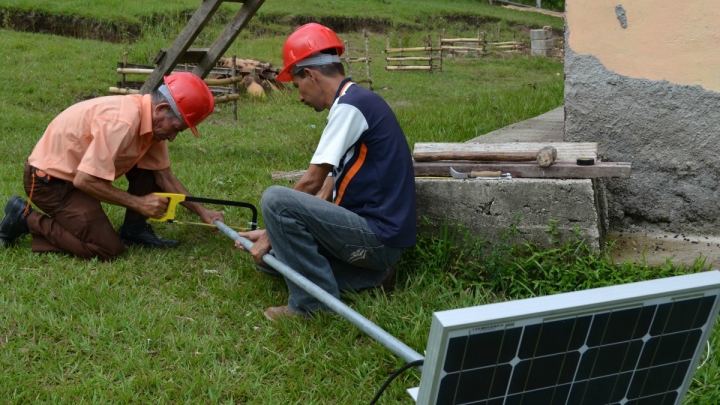 Meanwhile, the budget proposal and executive orders by Trump would increase the amount of climate pollution released by Americans for years to come, largely by eliminating regulations and spending designed to help the U.S. meet obligations under the Paris climate treaty.

“Trump's budget proposal to Congress has put in place all the worst-case scenarios with respect to defunding global efforts to combat climate change,” said Saleemul Huq, a Bangladeshi climate scientist with the International Institute for Environment and Development.

The cuts to climate and development spending abroad were included in a proposal to slash the State Department and USAID budget by $10 billion next year to $26 billion, part of an effort to increase defense funding by $54 billion.

The move would reduce America’s diplomatic influence in the world while boosting its formidable military might — a potential trade-off some Republican leaders in Congress have rejected. “If you take soft power off the table, then you're never going to win the war,” Mitch McConnell recently told MSNBC.

If Trump can convince Congress to approve even a portion of his proposed cuts to domestic and global climate programs, though, experts say the future will be hotter than is currently likely.

“The climate change that we’ve created has put many places — and many of the most vulnerable places are in the developing world — at tremendous risk,” said Michael Burger, executive director of the Sabin Center for Climate Change Law at Columbia

Some of the programs that Trump hope to slash were designed to help vulnerable communities abroad adapt to changes they’re experiencing, and which they did nearly nothing to cause. But Burger said the cuts would also put Americans in danger.

“There’s a big trick, which is how to support countries developing in such a way that they don’t consume anywhere close the same amount of fossil fuels that we consumed and continue to consume,” Burger said. “The only way to do that is to use the resources that we have, the financial resources, the technological resources and the intellectual capacity, to assist other countries in their development.” 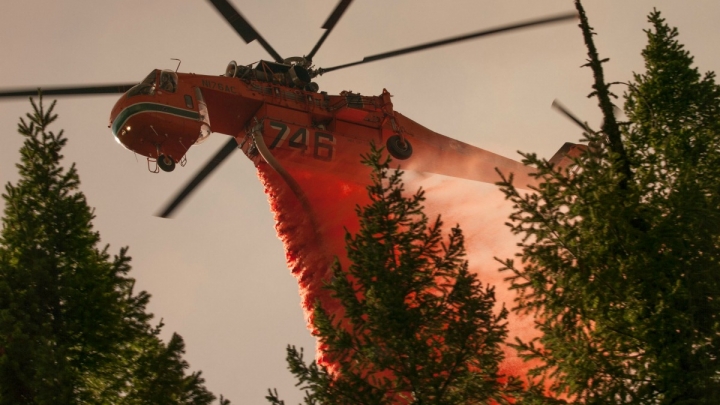 Scientists have linked a sharp rise in Western wildfires in recent years with climate change.
Credit: U.S. Department of Agriculture/Flickr

Congress is responsible for setting the federal budget, and the emerging support for climate action among Congressional Republicans may make it harder for Trump to secure deep cuts to domestic and global climate programs.

“The Bush administration actually founded some of these programs, so I suspect that there will be some bipartisan pushback,” Carlson said.

While future presidents could potentially restore or boost funding for climate programs around the world, delays until then could exacerbate the climate crisis for generations to come.

“Hopefully we’ll see another U.S. administration that’s going to get back into this and show leadership,” said Andrew Light, a senior fellow at the nonprofit World Resources Institute and former State Department climate official.

Global heat records have been broken three years in a row, and February was the second hottest on record. Temperatures are rising with atmospheric concentrations of greenhouse gases from fossil fuels and deforestation, which is worsening wildfires, heat waves, droughts and floods, killing vast swaths of coral reefs.

“The problem is that whenever we do eventually get back into this, even if Congress can preserve some of these initiatives, we’re going to lose time,” Light said. “The longer we delay, it gets more expensive to get back on track. And the more expensive it gets, the harder it is to muster the political will.”