What’s a difference in opinion worth?

When it comes to interpreting a climate pledge by richer countries to help poorer ones tackle the problem of climate change, about $60 billion last year.

That’s the difference between the amount of money that developed countries provided to those in earlier stages of development in 2014 to help them deal with global warming — depending on how the figure is calculated.

By one interpretation, $62 billion was provided last year. By another: $0. 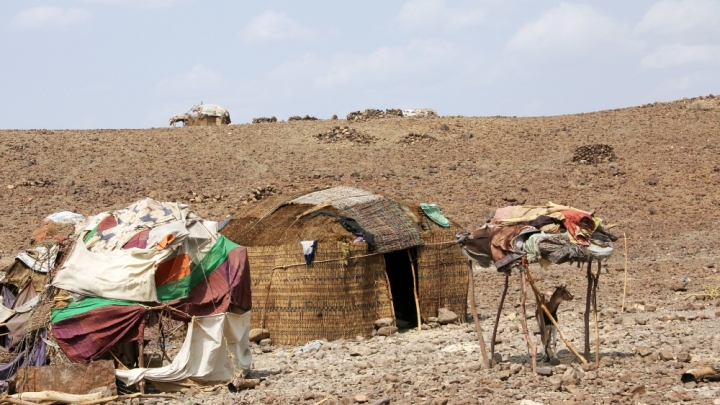 Climate change is expected to exacerbate the drought conditions that afflict the small and poor African nation of Djibouti.
Credit: IFCRC/Flickr

One of the great showdowns looming during United Nations climate negotiations in Paris in the coming weeks revolves around whether richer countries can demonstrate that they plan to meet a promise they made during 2009 negotiations in Copenhagen for “mobilizing” $100 billion a year of climate financing by 2020.

“We need to agree on a definition of what ‘climate finance’ is in the first place,” said Pa Ousman Jarju, a Gambian minister who negotiates on behalf of least-developed countries during U.N. climate talks.

The $100 billion a year was supposed to help developing countries adapt to changes being wrought by climate change, and to help them bypass fossil fueled development in favor of cleaner alternatives.

“Poor countries are suffering worst from climate change that they had almost no role in creating,” said Timmons Roberts, an environmental studies and sociology professor at Brown University. “Now, they're being asked to put off development that could happen with cheap fossil fuels.”

In Paris, developing countries will be asking richer ones to show how they plan to mobilize that amount. Meanwhile, rich and poor alike will be debating the very meaning of the word mobilize.

The high stakes of the debate were highlighted last month, when the OECD published a report that concluded wealthy countries have already made “significant progress” toward meeting their $100 billion a year promise. The report, which was criticized for its methodology, concluded that “climate finance” reached $52 billion in 2013 and $62 billion in 2014.

The report relied on what Jarju described as “very broad definitions” of climate finance. But he pointed out that it concluded that less than a fifth of the $62 billion went to projects designed exclusively to help developing countries adapt to climate change. The rest went to helping them reduce their climate impacts. To many, that finding was illustrative of a lack of commitment from richer countries to help developing ones adapt to the global warming that they have done the most to cause.

“Sixteen percent went into adaptation and adaptation actions — and that, for us, it’s on the low side,” Jarju said. “We need to see adaptation finance going upward.”

Critics point out that the OECD’s figure included aid that was only tangentially related to climate change. More jarringly, the OECD included the full value of loans made to developing countries in its calculation — including loans that must be fully repaid along with full interest.

The 2009 Copenhagen agreement stated that the $100 billion would “come from a wide variety of sources, public and private, bilateral and multilateral, including alternative sources of finance.”

The ambiguity of that aspect of the agreement has led to what Romain Weikmans described as “extreme discretion” for developed countries regarding how they measure climate financing. Weikmans, a postdoctoral research fellow in Roberts’ lab at Brown University who has been researching the topic, said, “countries have consequently adopted a large variety of accounting practices.”

It was this ambiguity that shaped the OECD’s rosy conclusions. 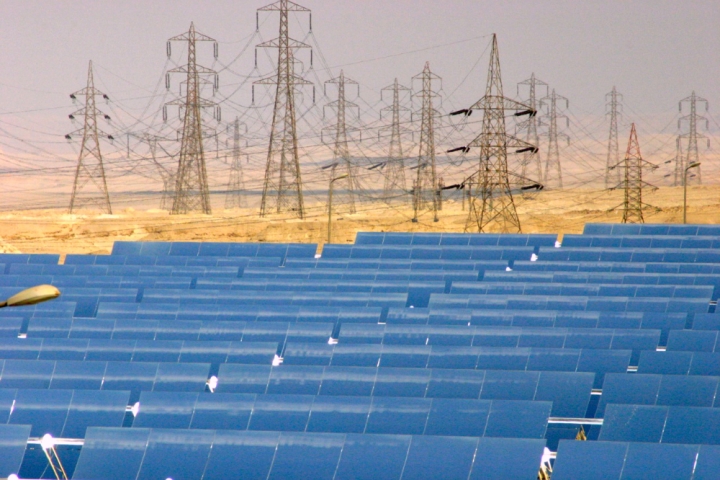 “We cannot, as the OECD, rule on what should or should not count as climate finance relating to the $100 billion commitment,” said Simon Buckle, the OECD official who led research for the report. “This was an exercise above all in transparency in terms of reflecting developed countries’ own reporting.”

The 2009 agreement said a “significant portion” of the $100 billion a year should flow through the Green Climate Fund, which is a U.N. body that was subsequently set up specifically to administer the money. Another way of measuring progress toward the $100 billion goal would be to measure the value of funding for projects provided by that fund.

The Green Climate Fund has so far received pledges from nations worth about $10 billion, but received less than $1 billion of that. It approved its first projects this month, when it agreed to divide $363 million among eight projects in Africa, Latin America, Bangladesh and Fiji.

By such a measure, none of the promised $100 billion a year in climate financing flowed to developing countries last year, and just 0.4 percent of it has been committed to projects this year.

During the two-week round of Paris climate negotiations, which begin Nov. 30, developing countries will be calling for a “road map” to be agreed upon by richer countries to show that they’re serious about providing the developing world with $100 billion a year by 2020.

“It seems like you’re spending a lot of time coming up with really different methodologies to count a few dollars and cents,” said Annaka Peterson, a program officer at Oxfam America who focuses on efforts by communities in developing countries to adapt to climate change. “So much energy is being spent on counting things, and not on funding things that work.”