Next month, the Obama administration is set to finalize its climate ultimatum to states: Control carbon dioxide emissions from electric power plants or the federal government will do it for you.

The ultimatum is called the Clean Power Plan, and before it takes effect, 42 states are already reducing carbon dioxide emissions from power plants on their own as they move toward using less coal and more natural gas to produce electricity. Between 2008 and 2013, those states reduced greenhouse gas emissions from electric power plants by an average of 19 percent, according to a report published Tuesday by sustainability advocacy group Ceres, the Natural Resources Defense Council, Bank of America and four large utilities. 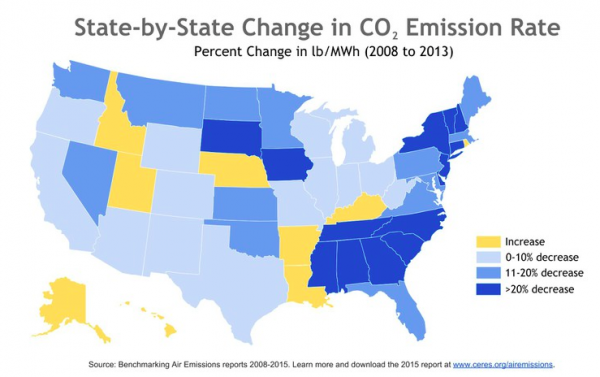 Coal-fired power plants are the largest source of the greenhouse gas emissions causing climate change, but their dominance has begun to wane as federal emissions standards have forced some coal plants to shut down and the U.S. shale gas boom has brought natural gas prices down. In April, natural gas, which releases roughly half the carbon dioxide as burning coal, surpassed coal as the dominant fuel for electric power generation in the U.S. for the first time in history.

Nationwide, carbon dioxide emissions rates from electric power plants were 14 percent higher than 1990 levels, but declined 12 percent between 2008 and 2013. Among the nation’s largest utilities, coal accounts for nearly four-fifths of their carbon emissions. Natural gas accounts for just one-fifth, according to the report.

Though most states are slowing their emissions, the report shows eight states moving in the opposite direction, each seeing an increase in its emissions rate between 2008 and 2015. They include Kentucky, Louisiana, Arkansas, Nebraska, Utah, Idaho and Alaska. Another is Hawaii, which generates most of its power using imported crude oil and has passed a law requiring 100 percent of the state’s electricity to be generated using renewables by 2045 — the first state to make such a commitment.

“Most parts of the country are firmly on the path toward a clean energy future, but some states and utilities have a longer way to go, and overall the carbon emissions curve is not bending fast enough,” Ceres’ president, Mindy Lubber, said. “To level the playing field for all utilities, and achieve the broader carbon dioxide emissions cuts needed to combat climate change, we need final adoption of the Clean Power Plan.”

In 2013, coal-rich Kentucky had the nation’s highest carbon dioxide emissions rate — a measure of how carbon intensive a utility’s power supply is. The state released more than 2,000 pounds of carbon dioxide per megawatt hour of electricity generated. Wyoming, West Virginia, Indiana and North Dakota were the top five states with the highest emissions rates. 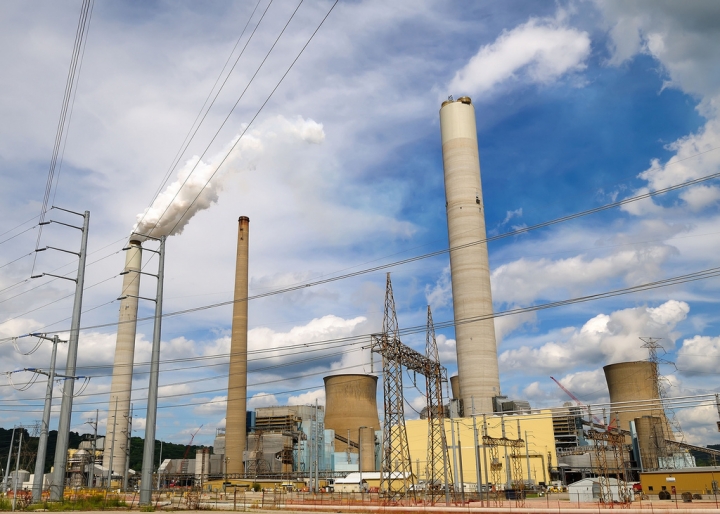 The five states with the lowest carbon emissions rates are all heavily dependent on hydropower, including Vermont, Idaho, Washington, Oregon and Maine.

Generally, utilities with the highest carbon emissions rates are heavily dependent on coal, while those with the lowest rates depend on nuclear, natural gas and renewables.

“Consistent with our efforts to advance clean energy, Exelon has low total emissions and some of the lowest emissions rates of the nation’s largest power producers,” Chris Gould, senior vice president and chief sustainability officer of Exelon, said.